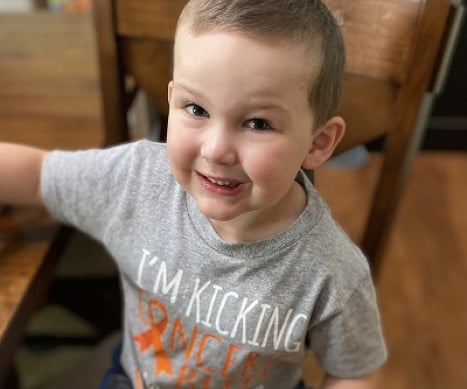 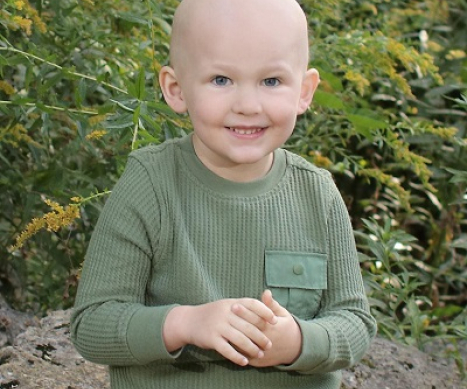 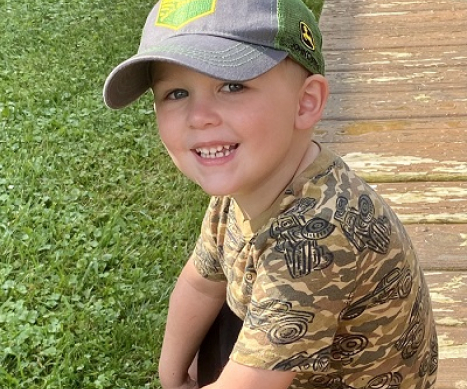 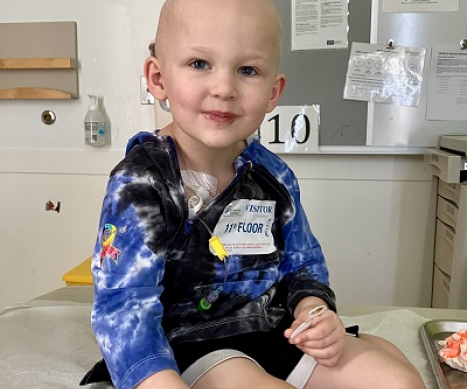 The best words to describe 4-year-old Connor are funny, goofy and loving. He can make anyone laugh without even trying. His favorite things are tractors, dinosaurs and superheroes. He is naturally strong and resilient, especially as he’s fighting cancer.

In February of 2021, Connor was going to multiple doctor visits for seemingly unrelated issues. He didn’t want to eat, had trouble sleeping and was very irritable. He then started having intermittent fevers as high as 104.5 degrees, yet all his tests would come back negative. His parents were stumped, but after three weeks of symptoms, on March 12, they requested bloodwork. They were told multiple times it wasn’t necessary, but they kept pushing, and it was good they did. Within a half hour of bloodwork, they were told to pack a bag and get to Nationwide Hospital as soon as possible. Bloodwork, plus a bone marrow biopsy, confirmed their son, Connor, had B cell acute lymphoblastic leukemia.

After an initial 10-day hospital stay, Connor and his family have traveled to Nationwide for treatment anywhere from four times a week, to once a month. Currently, Connor is in the maintenance part of treatment, which includes daily and weekly at-home chemotherapy, in-person port chemo and a spinal tap plus chemo every three months. Since diagnosis, Connor has received nine blood and platelet transfusions, 15 spinal taps and more chemo doses than they can keep track of.

At the age of 4, Connor has so much life experience already. He is his family’s hero because he has taken on every challenge with a smile. Although cancer is all he’s ever known, he remains a happy and positive child. His parents are told all the time that if you didn’t know he had cancer, you would never know by looking at him. Their biggest hope is for him to have a long and happy life, side-effect free. Normalcy is all they hope for.

Sarah, Connor’s mom, shared some words of comfort for other families who may be facing a childhood cancer diagnosis. "It gets easier, and it’s okay to not be okay,” she said. “We take it one day at a time… however, sometimes we take it one hour at a time or even one minute at a time. Lean on those around you for support. Surrounding your child with positivity is one of the most productive things you can do for your child’s treatment.”

For Connor’s family, Alex’s Lemonade Stand Foundation gives them hope that other families won’t have to go through this journey. Reading Alex’s story inspired them to fundraise and participate in The Million Mile virtual race to support all kids experiencing a diagnosis, just like Connor.

“I’m a big, strong guy.” - Connor, 5 days after being diagnosed with leukemia