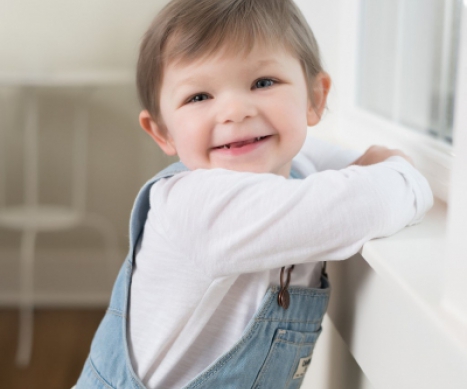 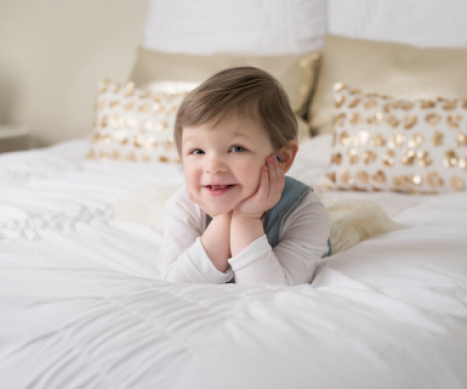 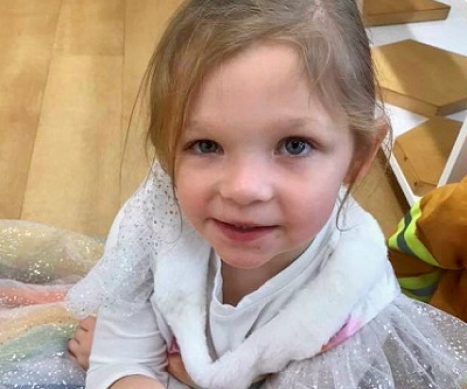 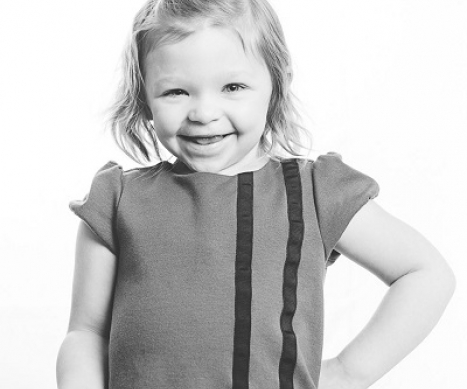 In August of 2015, Ellie Walters was only 4 months old when doctors found a mass on her right shoulder. They thought it was just a cyst, however three months later, while in surgery to remove the cyst, doctors discovered cancerous cells when the cyst opened. Little Ellie was diagnosed with alveolar rhabdomyosarcoma at the end of November and began chemotherapy in December. Ellie went through ten months of chemo, finishing in September 2016 when she was just 18 months old.

Ellie, then 22 months old, began a relapse treatment in December 2016. This included 28 sessions of proton radiation Monday through Friday for five and a half weeks. It was a lot for a little girl just under 2, but Ellie proved she’s ‘Ellie Strong!’ fighting bravely through it all.

She finished chemotherapy in September of 2017, while also ending her first year of pre-school. The job she takes the most seriously is being “big sister” to her new little brother, Charlie. And the best news – she is now two years cancer-free!

When Ellie was being treated and sometimes felt scared, her parents would hold her tight and say, “I got you.” Now, Ellie has returned the favor and often reminds her mom, “I got you Mommy.”

Ellie’s grandmother discovered Alex’s Lemonade Stand Foundation on the morning news and immediately registered Ellie Strong’s Lemonade Stand. Since that first lemonade stand in 2016, the Walters family has raised just over $19,000 for the Foundation.

“We love meeting new people who stop by to donate! It is great to be able to educate them on pediatric cancer and what Alex’s Lemonade Stand Foundation is doing to make a difference,” said Tara.

Tara also spoke about her daughter Ellie’s experience at the Great Chefs Event Chicago in 2018. Her story inspired others to donate and support childhood cancer research, and will continue to do so for years to come.

Donate in Honor of Ellie Today!