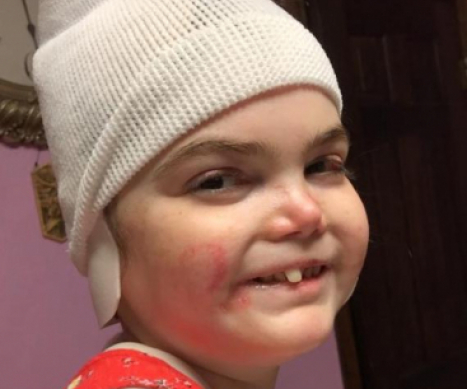 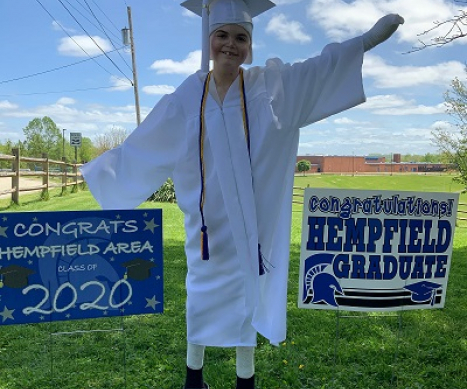 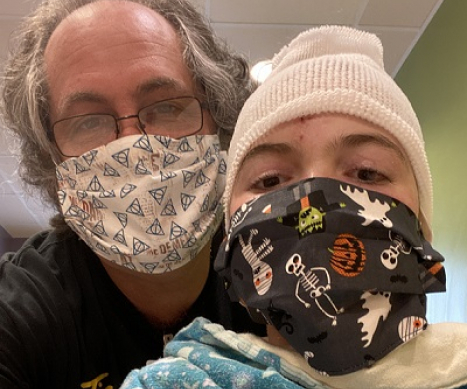 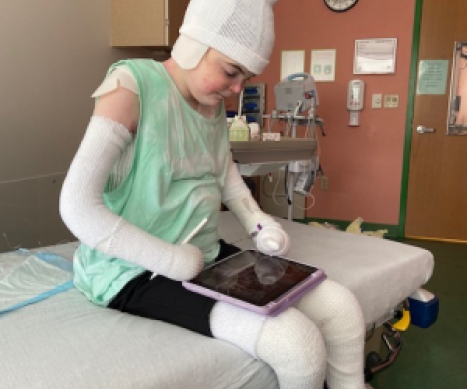 Fallyn was born with RDEB-HS, and eventually at 15, the disease caused what her family called an “odd spot” of skin on her left arm. For something so small – only about the size of a quarter – it bore great weight, as it was the beginning of Fallyn’s battle against stage III squamous cell carcinoma.

The spot of skin had to be fully removed and Fallyn underwent a lymph-node biopsy on her left side. Before she had even healed from the first surgery, Fallyn had to take on another due to the formation a new “odd spot,” now on her right forearm. This excision was larger and paired with a right-side lymph node biopsy this time. Fallyn then moved onto her next procedure, a right-side lymphadenectomy.

Although the surgeries helped, none of them were successful in removing all of the cancer cells from Fallyn’s body. Within three months a new tumor began growing and this time it was more than just an “odd spot.” The tumor consumed Fallyn’s right arm and a significant amount of her upper right side. She faced a major decision: amputate her right arm, shoulder and part of her chest, or test a newly-approved drug.

Fallyn began treatment with the drug, known as LIBTAYO and the results were incredible. The tumors resolved and her tissue has nearly returned to its pre-tumor appearance. Although Fallyn may need to keep up with this treatment for the rest of her life, her follow-up scans continues to show no new cancer development and her family is hopeful.

Through all her trials, Fallyn has never lost the sunny disposition that keeps both her and her family going. Her father, Frank has had many struggles as a single father, raising three girls. His job is part-time, so the support he received from Alex’s Lemonade Stand Foundation (ALSF) was a big help.

Fallyn’s family lives about 20 miles east of Pittsburgh, but the treatment she needs requires traveling to Cincinnati Children’s Hospital. ALSF was able to help Frank with some household bills, a prepaid card for gas and hotel accommodations in Cincinnati. Their situation was tough enough, and Frank can only imagine how the current pandemic has exacerbated problems for most families facing a diagnosis. At 17, Fallyn continued to receive care locally and traveled to Cincinnati every two to three months for treatment.

Donate in Honor of Fallyn Today!