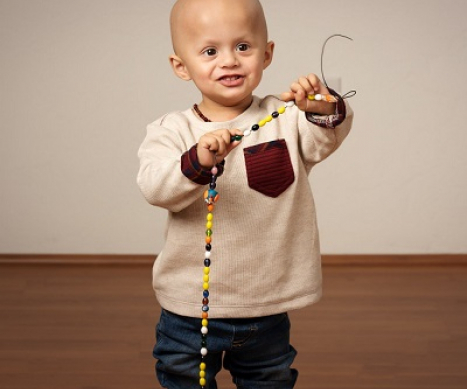 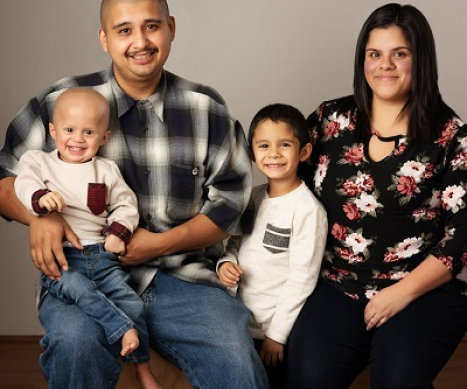 Francisco loves airplanes and big trucks. While in the hospital, he’s always excited to catch a glimpse of the helicopter as it flies by outside his room.

In July 2019, a month after his first birthday, Francisco was diagnosed with stage 2 embryonal rhabdomyosarcoma (ERMS). On August 1, he had a port placed and began weekly chemotherapy. In the beginning, his body had harsh reactions to the treatment, from fevers to rashes. Once his body finally got used to chemo, he was sent to Phoenix Children’s Hospital for surgery to remove his tumor.

Francisco and his family returned to the hospital two weeks later for four weeks of radiation treatment. It caused his surgery site to swell and threaten to reopen, and he ended up getting a skin infection. But Francisco took everything like a champ and was able to go home in time for Thanksgiving and Christmas.

In addition to treatment, he faced other challenges and delays as well, such as developing the flu and common cold. Travelling to Banner - University Medical Center weekly for treatment became more dangerous with the arrival of COVID-19. Today he is in the maintenance stage and his family hopes he will soon beat his cancer. They hope he will be able to live as much of a normal life as he can in the future, with no side effects from his treatments. “Francisco is stronger than his cancer and he knows it,” said his mom, Bibiana, “Not once through his journey did he ever show us that he was going to give up.” He is a true hero.

To Bibiana, Alex’s Lemonade Stand Foundation (ALSF) means that families like hers are not walking alone on this road, especially when everything seems like it’s going downhill. It is comforting to have someone to lean on and be able to cry with, lending emotional and financial support is how foundations like ALSF keep childhood cancer families lifted and strong. “We are not alone thanks to foundations like yours,” she said.

Donate in Honor of Francisco Today!