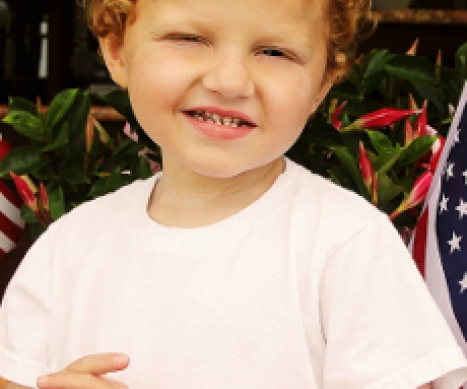 On April 3, 2011, Jake was admitted to the Children's Hospital of Philadelphia (CHOP) following 10 days of having a fever.  Jake was admitted with severe pancreatitis and cholangitis.  Shortly thereafter, Jake had a PICC line placed and approximately a week later, a biliary drain put in.  After several weeks of admission, Jake was running a 104.8 degree temperature, sometimes 4-5 times during the day for 1-2 weeks.  I had never been so scared.  I knew in my heart that there was something else wrong.  We met with the surgeon who advised us that he felt Jake's bile ducts were malformed and that he would probably need surgery on his bile ducts.

During one of his many MRI scans to monitor his pancreatitis, one of the gastroenterologists came into the sedation room and advised that they wanted a better view and ordered a CT scan.  At that moment, my heart sank.  I knew something was wrong, I just didn't imagine what I was about to hear approximately a week later.  The gastroenterologist advised me later that day that a swollen lymph node was spotted by the radiologist and that a biopsy would need to be performed.

The surgeon came a day or two later and advised that preliminary results showed no cancer and that we would proceed with the bile duct surgery after the pancreas settled down.  Unfortunately that was not the case.  On May 13, 2011 I heard the words that no parent should hear -- that my baby had cancer. To be honest, after I heard those words I really couldn't tell you what else the oncologist said.  Jake was diagnosed with a rare form of lymphoma -- Stage IV NK/T Cell Lymphoma.  He had cancer in his liver, lungs, a large one on his pancreas and left arm. There is little known about this type of cancer.  A lumbar puncture was immediately performed and a dose of methotrexate administered.

Round 1 did not work so well for Jake, so for Round 2 he was given an adult dose of stronger chemotherapy which resulted in a severe case of mucositis, however, it was effective in killing the cancer.  Jake went into remission status by the end of July 2011 and had a Whipple procedure performed to repair the damage caused from the cancer in August of 2011.  One week after the surgery Jake went into septic shock and would remain at CHOP until he was ultimately discharged on October 29, 2011.  Jake continued outpatient chemotherapy after he was discharged which he completed on May 13, 2012 and is nearing his two year remission!  As a result of the cancer and chemotherapy, Jake currently suffers from moderate speech and developmental delays but continues to work hard and meet all of the goals set for him.

Jake has taught our family so much in the past few years like never give up and no matter what keep smiling and say “hey.” He has inspired our family to make a difference and hopefully one day, find a cure.

Donate in Honor of Jake Today!