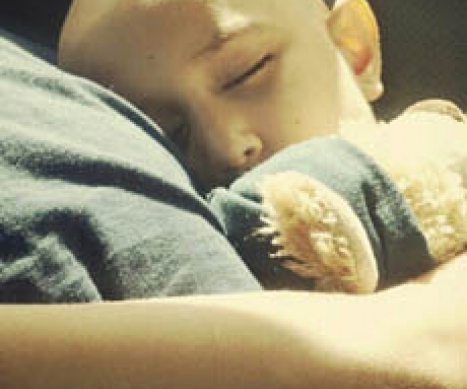 Julian Fraga is an upbeat and easy going 6-year-old who loves his siblings and has dreams of becoming a basketball or baseball player.

Just after his sixth birthday and looking forward to his kindergarten graduation, Julian was hospitalized and so sick that he was unable to get up from his bed. It was then determined that after being misdiagnosed with juvenile rheumatoid arthritis 10 months prior, that Julian actually had cancer – specifically, acute lymphoblastic leukemia. He immediately started treatment, but just three weeks after receiving this devastating diagnosis, Julian developed a blood clot in his brain as a result of the treatment. Julian experienced multiple frightening seizures and was airlifted to a hospital more than 100 miles from his home.

Despite an extremely challenging nine months, Julian remained courageous and persistent and is now in remission and back at school. He is in his second month of maintenance therapy and can take most of his medications in the comfort of his own home, only having to travel to the hospital once a month for blood work.

Julian’s mother is astonished at the strength her young son has shown and hopes that he continues to live a healthy and fulfilling life. She encourages other families going through a similar situation to become an advocate for your child and know that it will be scary, but that you will get through it.

Donate in Honor of Julian Today!