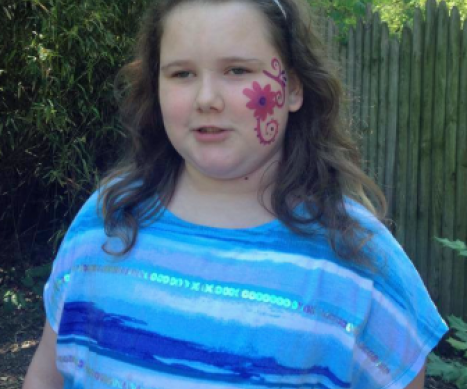 Katherine is a bright, loving, and creative girl. She loves art and reading, and once told her mother that she’d rather be sick than see her mom sick. Katherine is also in the gifted program at her school. She absolutely loves listening to Taylor Swift.

Last March, Katherine was watching TV with her family when she told her brother that her face was numb. A few minutes later, Katherine told her aunt she had a funny taste in her mouth. Suddenly, she was vomiting everywhere. She went to take a shower to clean up. When her mom went up to check on her, she saw Katherine making motions like she wanted to turn off the faucet, but couldn’t actually grab the handle to turn it off. Her mom instead reached to turn off the water, and when she turned around, Katherine was barely moving. Katherine’s speech became slurred, and the left side of her mouth wasn’t moving. Katherine soon become unresponsive and her mom rushed to wake her dad (who had worked the night shift the day before). Katherine’s parents called 911, and the EMS arrived to transport her, as a non-emergency, to the hospital. However, five minutes into the drive, the lights and sirens came on, indicating that Katherine was no longer stable and had to be rushed to the ER immediately. Having lost a child to Sudden Infant Death Syndrome in 2008, Katherine’s mom remarks that seeing the lights go on and hearing the sirens start up was absolutely terrifying.

By the time the family reached the ER, Katherine was in critical condition. She was intubated and sent for scans. In the ER, Katherine parents were told that she had a brain tumor and had experienced a seizure from the tumor pushing on her brain. Katherine remained unresponsive in the ICU for a day and woke up not remembering anything. The family eventually went to Vanderbilt to meet a neurosurgeon there, and Katherine was diagnosed with a stage 4 aggressive brain tumor: anaplastic astrocytoma. The tumor was deemed inoperable, and the family again transferred hospitals, to St. Jude’s in Memphis to begin radiation. Katherine is now going through chemo and, happily, her tumor has appeared to shrink some.

Katherine’s parents hope for the day when their daughter is cancer-free and living a normal life, and that one day science will find a cure for cancer. Katherine never complains, and she is always trying to make other people feel better throughout her battle with cancer. As Katherine’s mom writes, “It’s a long road. You feel like Alice in Alice in Wonderland falling down the rabbit hole.”

Quote: "We will get through this." 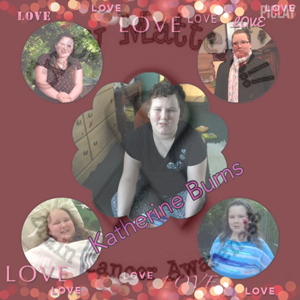 Donate in Honor of Katherine Today!