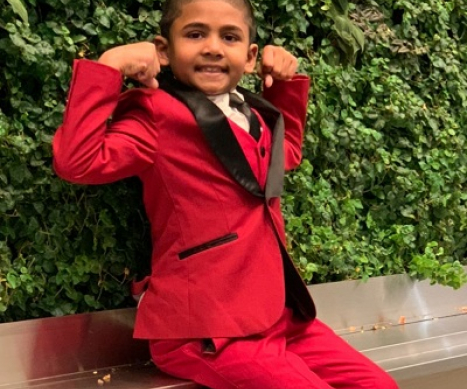 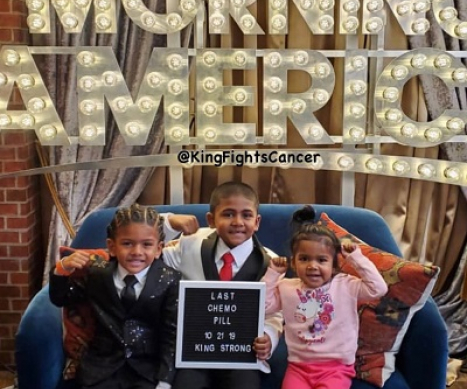 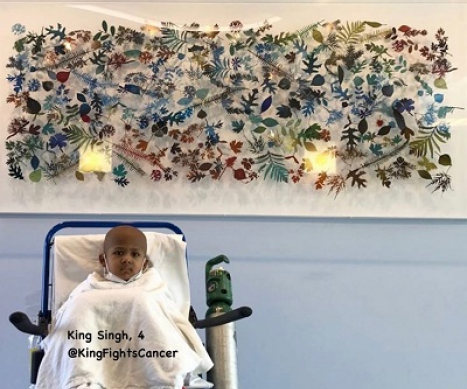 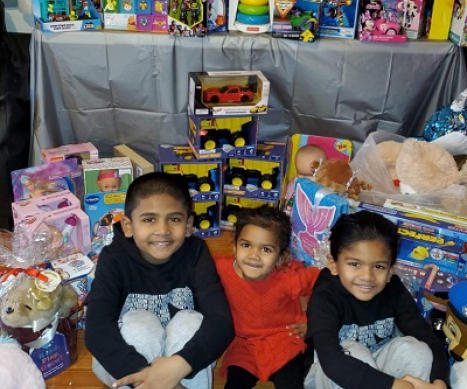 King loves to help others, especially his younger sister Faith and younger brother Mesiah. King recently told his parents that he wants to build homes for homeless people and then build one for himself. King is a great big brother who loves waterparks and superheroes Iron Man, Spider-Man and the Power Rangers.

The Singh family’s lives changed forever on Monday, June 6, 2016. King was diagnosed with acute lymphoblastic leukemia in the high risk category. His treatment plan is three and a half years of daily chemotherapy. He receives chemo orally, in his spine and intravenously. King also has an enzyme deficiency called G6PD that complicates his treatment. It is rare to have both G6PD and leukemia. G6PD affects red blood cells/break down and requires transfusions. It is a lifelong affliction and there is no cure. Triggers are viruses such as the common cold or flu, soy, beans, medications or foods with sulfites, menthol (halls, Vicks vaporub), peppermints, and moth balls. Avoiding triggers is critical since they can be fatal. At this point King takes 73 pills monthly and it will continue to increase as his weight increases. King has had brain swelling and nerve damage throughout his body to the point he had to relearn how to walk. He is truly a walking miracle.

King’s family is eternally grateful for each and every day he wakes up to spend another day with them. He’s a strong boy with the heart of a lion. His family knows they are blessed and will get through this. King’s parents are devastated but they shower King with positivity each day. Years from now when King is older, they want him to look back at this and say, “Even though I have been through so much, I am a warrior and happy that cancer is just a memory.” Hence their hashtag #KingStrong.

Drake's song Hotline Bling and Calvin Harris's song featuring Rihanna, This Is What You Came For are the only two songs that got King out of bed after the first few weeks of treatment and nerve damage caused by the chemotherapy. Not even candy, food or toys could get him up. He wants to meet the artists in person one day to thank them. Their family greatly appreciates the outpouring of love, consideration and accommodation that everyone has expressed. It encourages them to keep fighting.

On October 2, 2018, King was sworn in at One Police Plaza as a police officer and thirty seconds later promoted to a three star chief – Chief King. The family is on a mission to spread global awareness about childhood cancer. He has done various volunteer work and met many celebrities such as Floyd Mayweather, Carmelo Anthony, Lil Kim and Fat Joe. He has been on various television stations such as PIX11, News12LI, NY 1, Verizon Fios and Fox 5. King has many future goals one of which is to be the first global leukemia model and actor. King has walked in NYFW and JCFW in 2018. He will also walk at Bloomingdales.

His family also wants to start a foundation to honor King. The foundation will cover the costs of mortgage/rent and utilities for families. If they receive enough funding they want to be able to allow the caregivers at least one year to stay home and take care of their child without having to worry about bills. When a child is diagnosed with cancer it affects the entire family. They believe caregivers or guardians should worry about the child's life and making as many positive memories as possible, they should not be worried about bills.

King inspires his parents and countless others every single day. He goes through things that many adults are not able to tolerate. He’s had more spinal taps in two years than an average person will have in their lifetime.

They want other families facing cancer or any life threatening illness to know that while the fight does not get easier, you get stronger. They believe everything happens for a reason and it is all about perspective so stay as positive as possible. King’s parents are childhood cancer advocates. Their mission is to spread global awareness in an effort to hopes that one day research is done to declare cancer a thing of the past.

If you need some inspiration today, please visit his website and send him a note to say hello!

To the Singh family, Alex’s Lemonade Stand Foundation is proof that people are out there to support you and are on this mission with you because many days on this journey you feel alone.

Donate in Honor of King Today!