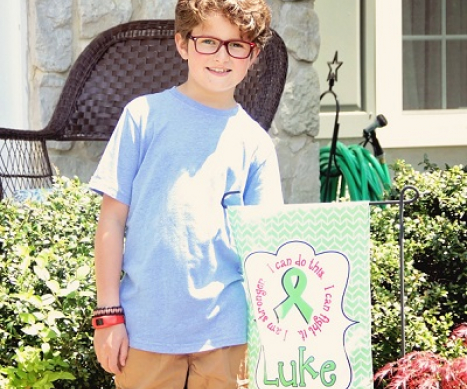 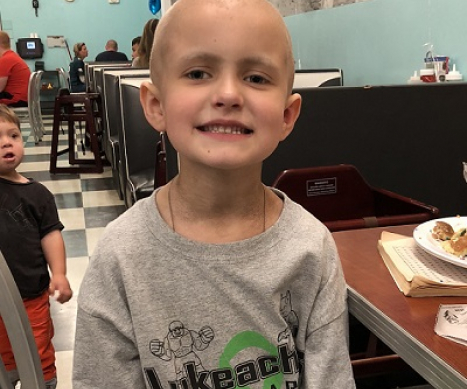 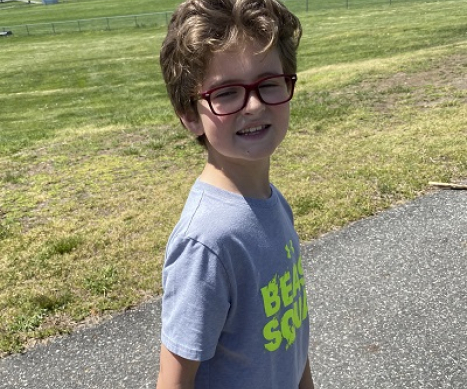 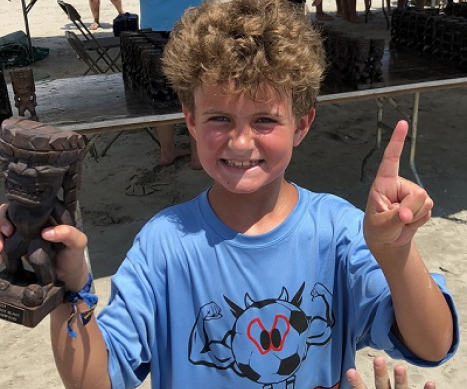 Get the facts about Burkitt Lymphoma and how our research projects are making a difference.

When Lucas isn’t fighting with his younger brother, Adam, he is a very sensitive, empathetic, and compassionate boy. Whether it is art, science, soccer or flag football, Luke always seems excited to learn and grow in all the things he does. It is Luke’s curious spirit and inquisitive mind that left him with lots of questions when diagnosed with Burkitt Lymphoma.

When Luke was 6 years old, he began complaining about feeling hungry after only a few bites of food. Since he is somewhat of a picky eater, Luke’s parents thought little of it for the first week. It wasn’t until Ken, Luke’s father, took his sons out for a day of fun that they became concerned. Luke hadn’t eaten much of lunch from his favorite place when he told his dad he was feeling too full to eat again. Ken took a look at Luke’s stomach and knew something was wrong. His son’s normally lean belly protruded. Their pediatrician recommended getting X-rays and CT scans at Children’s Hospital of Philadelphia’s emergency room. In a conference call with Luke’s mom — who was away on business — the family was told that Luke had an aggressive form of cancer.

Following Luke’s diagnosis, he underwent biopsies and bone marrow tests before beginning six months of chemotherapy. He had to spend a lot of time inpatient, but he was determined to make the best of it. Luke asked his classmates to make art for the doors of all the inpatient rooms and set up lunch dates with his vice principal, who was also going through treatment, so they could talk about their journeys. In such a dark time, Luke was a bright light to those around him.

After completing his treatment, Luke continued encouraging his classmates to make art, which he still delivers to child-life at his hospital during follow-up appointments. Through all his struggles, Luke was the epitome of strength. His mantra, “I can do this. I can fight it. I am stronger.”

Luke’s family wants others affected by cancer to know that despite the pain and tears, the support they received during this time was unimaginable. “There is no shame in reaching out when you need it,” said Lori, Luke’s mom. She also shared that the road may be long but to never give up and never give in, to cherish the small moments because a smile in the hard times will go a long way, and to surround your child with inspiration, positivity, strength and determination. Lori believes these things made all the difference for her son.

Luke is a survivor and his family’s sole wish is that he may continue to lead a happy and healthy life. With the past behind them, Luke’s family looks to the future. With the help of Alex’s Lemonade Stand Foundation, they hope to spread more awareness, obtain more funding, and one day find a cure for childhood cancer.

Donate in Honor of Lucas Today!