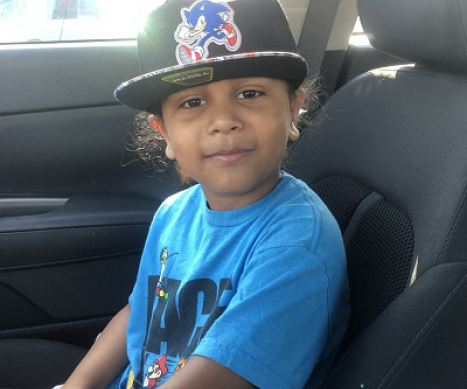 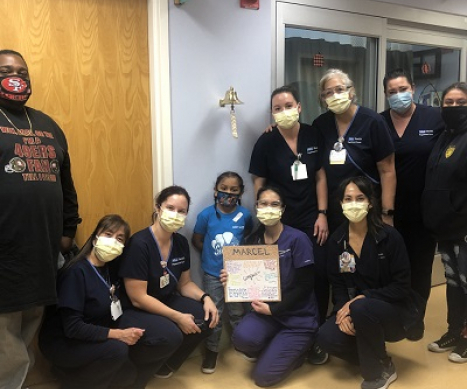 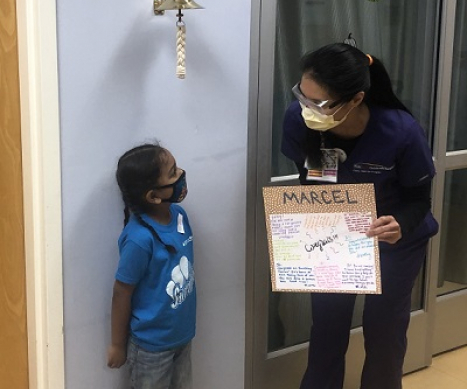 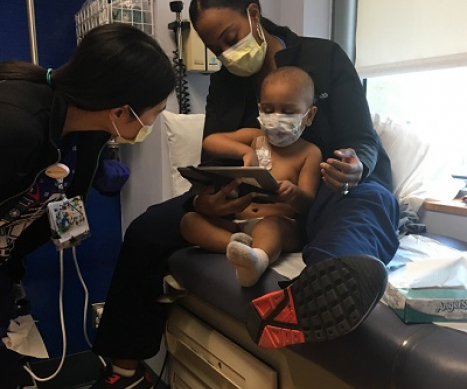 Marcel is a smart and caring 6-year-old with enough energy to spare. He is a major dog lover but extends his love to animals he hasn’t met too, like sharks and dinosaurs. He is a big fan of Sonic the Hedgehog and Disney’s Cars, which are fun to watch while playing with his Hot Wheels. Marcel loves to cheer for the 49ers when it comes to football, but he enjoys basketball too. His family on the other hand, is more focused on cheering for Marcel, since he is battling acute lymphoblastic leukemia.

Marcel was only 2 years old when his parents started noticing some strange patterns. Their usually steady son would suddenly fall over while walking or running. What they amounted to big shoes became a bigger issue when Marcel became inconsolable at night. He grew feverish and started throwing up to make matters worse, but a trip to Urgent Care and some blood work yielded no results. It wasn’t until Marcel saw his aunt – who works as an oncology nurse at UCLA – that he returned to the emergency room with severely low hemoglobin levels. Three blood transfusions later, Marcel was diagnosed with cancer.

Soon after, he began chemotherapy treatment. When Marcel pulled out his PICC line, he received a port placement. His parents needed to give him blood thinner injections to avoid clots, and every three months he underwent a lumbar puncture. He quickly lost his hair, eyebrows, and eyelashes, but nothing could take away Marcel’s energy. He just kept smiling.

Today, Marcel is without his port and in remission. As he soars into first grade, his family prays he stays that way. Their wish is to see Marcel grow old and live out his dream of becoming a firefighter. Through his journey, Marcel has demonstrated enough love, compassion, and strength to show his family that even the worst situation can be seen in a new light. Already, he is proving to be quite the fighter!

Marcel’s mom, Ana, wants to remind others struggling with a pediatric cancer diagnosis that they are never alone. She insists that parents become a rock for their hero, but she also wants people to know that it is okay to ask for help. You can ask questions to stay involved in your child’s treatment or reach out to other families to share your fears and find comfort. Ana believes that prayer is the greatest gift, and it helps to unwind.

Their family is grateful that Alex’s Lemonade Stand Foundation was able to assist them with gas cards to ensure that they never missed an appointment. With much bigger things on their minds, it meant a lot to have one less thing to worry about. Marcel’s parents know that there is light at the end of the tunnel, but they also feel that the best way to make it there is simple. They say, “love your child, and hug them every day.”

Donate in Honor of Marcel Today!