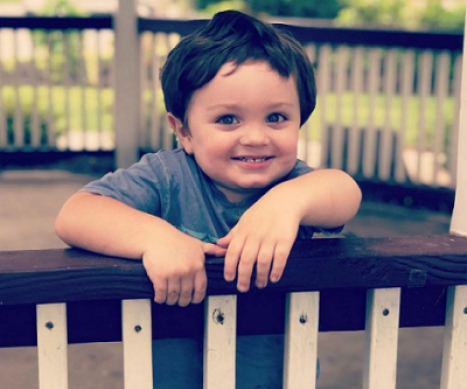 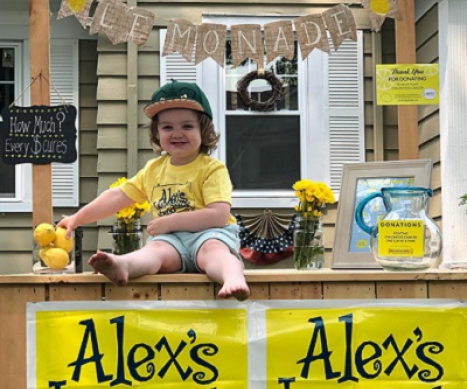 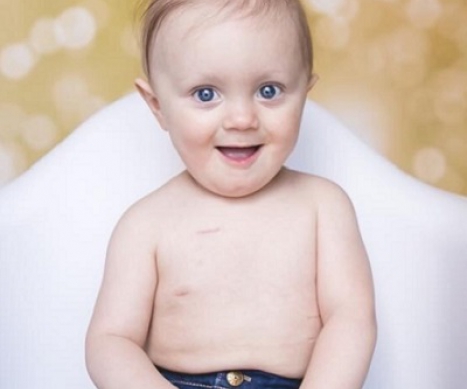 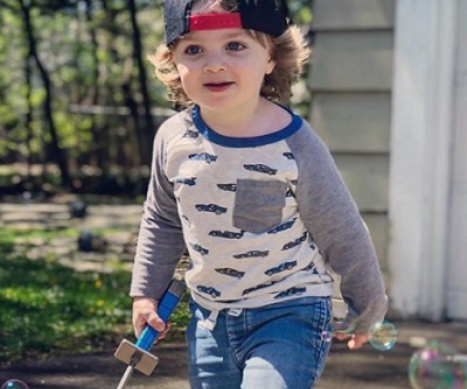 Get the facts about Kidney Cancers and how our research projects are making a difference.

Matteo is a happy, strong and determined 2 year old. He is one of five children, and he isn’t afraid to stand up for what he wants.

One night, Matteo’s mom, Kim, stayed up late baking cookies for a Power Home Remodeling fundraiser to support Alex’s Lemonade Stand Foundation (ALSF). The next day, her son, 6-month-old Matteo was diagnosed with a rare pediatric kidney cancer. Matteo’s dad, Alfred, had noticed a hard spot on Matteo’s side. After consulting with the pediatrician, Matteo was sent to the emergency room. A CT scan revealed a mass on Matteo’s kidney.

"Never in a million years did I think my kid would have cancer,” said Kim, “We knew about childhood cancer. But we did not think it would be us.”

Matteo’s cancer, a rare cellular congenital mesoblastic nephroma, accounts for less than five percent of all pediatric kidney cancers. Because of its rarity, Matteo’s family was transferred from their local New Jersey hospital to Children’s Hospital of Philadelphia. After the mass and one of Matteo’s kidneys was removed, doctors saw no evidence of disease.

However, three months later, a routine scan showed a new tumor in Matteo’s lungs. His relapse was unexpected, and it crushed his family. Matteo began six months of chemotherapy followed by surgery to remove part of his lung. On his first birthday, Matteo was in clinic receiving chemotherapy.

Matteo never gave up even when his family was told by his oncologist that he might not meet his typical baby milestones because of the side effects he experienced from treatment. But Matteo persevered, and today, Matteo is cancer-free!

ALSF means a lot to Matteo and his family. They have now hosted two front-yard lemonade stands and stay involved through Power Home Remodeling’s corporate partnership with ALSF. “Without the support of ALSF, Matteo’s future, and many other children just like him, may have been unknown,” said Paula Beckert, Business Affairs Manager for Power Home Remodeling out of New Jersey, “This foundation changes lives... saves lives.”

“We are navigating through childhood cancer by choosing lemonade,” said Kim. "Giving back to ALSF and helping fund research gives us something good to do with all the hard things cancer gave us.”

Donate in Honor of Matteo Today!