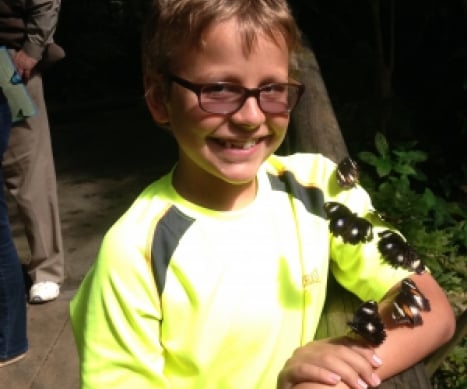 Ronald was a friend to everyone and was wise beyond his years. He loved spending time with his friends, playing soccer, building Legos, playing video games and having fun with his little sister.

Ronald was first diagnosed with leukemia (ALL) two weeks before his 5th birthday. The only symptoms leading to the diagnosis were tiredness, growing pains and swollen lymph nodes. He was treated with three and half years of chemotherapy. The treatment was high risk. As Ronald reached the end of his treatment, just days before he was due to have his port removed and finish treatment, he relapsed.

Ronald began even more intensive chemotherapy with the goal of getting him back into remission so he could undergo a bone marrow transplant, his best hope for treatment. But it did not work and after two rounds of intense chemotherapy, he went into septic shock. Ronald was then referred to an experimental immunotherapy trial called CART19 at Children’s Hospital of Philadelphia. During the trial his T cells were collected, programmed and re-engineered with the help of the HIV virus to attack his B-cells which was where the cancer cells resided. They were then put back in his body. Ronald became very sick as a response to the infusion and spent three weeks in a medically induced coma. A biopsy revealed he was in remission which meant the immunotherapy was successful.  Five months later, Ronald had a bone marrow transplant because the CART19 cells weren't found in his body to offer protection.

Ten months after the transplant he worked hard to get stronger. His curiosity never waned, and his love of learning and experience fueled his interest to become a pediatric oncologist someday. He thought that since he’d be able to understand his patients, he’d be able to help them better as a result.

Sadly, Ronald passed away on January 4, 2018 at 13 years old. His parents hope that less harsh cancer treatments and a cure will soon be found.

Donate in Honor of Ronald Today!