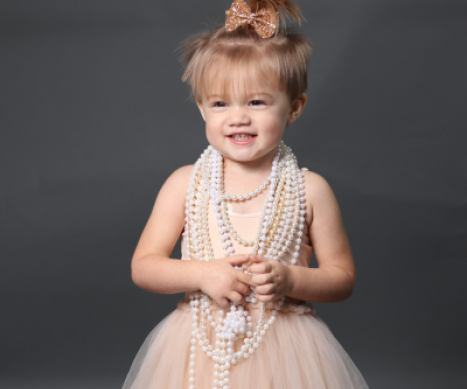 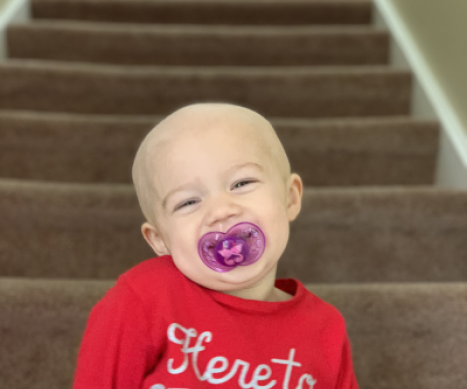 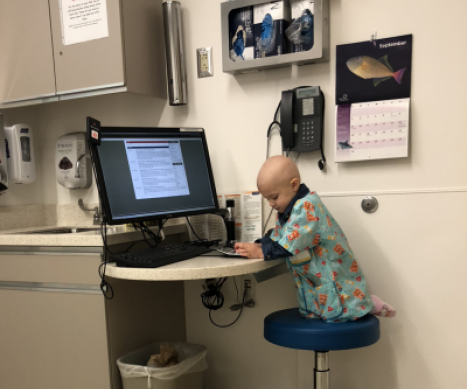 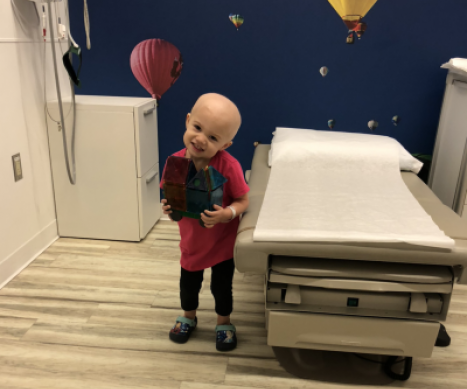 Rosalie is an independent, fierce toddler. She loves to be in charge and pretend to be authority figures, which in her world is a doctor or her parents, Arianna and Jake.

This past July, her family noticed that Rosalie’s stomach was distended with a weird blood vessel that stuck out. When speaking with her pediatrician’s office, they were more or less unconcerned and dismissed her parent’s worries. However, Arianna went with her gut instinct when Rosalie started complaining of pain and would hardly walk. They went to an after-hours care with the local hospital, where doctors were seconds away from sending them home before they finally spotted the weird blood vessel.

Doctors immediately took Rosalie back for some ultrasounds and x-rays. Hours later, they told Rosalie’s parents they found a mass and transferred them to the hospital. After a CT scan, they decided Rosalie would need surgery to remove the mass. The surgeon thought it was a germ cell tumor and presumed it would be a quick 1.5-2 hour procedure. Instead, the surgery took 2 hours longer than expected. The surgery team emerged with a look Rosalie’s parents will never forget.

They had removed the tumor, but they weren’t sure what it was. The next day, Rosalie was healing well and everyone had gone home to rest except for Arianna. The oncologist came in and spoke the words no parent should ever have to hear, “Your child has cancer.”

Arianna’s whole life seemed to stop. Every hope and dream they had for Rosalie seemed impossible now because she had cancer. The official diagnosis didn’t come until two weeks later when they sat down with the oncologist, who said she has stage III low- risk embryonal rhabdomyosarcoma and they needed to start treatment as soon as possible.

Rosalie’s treatment consists of a 43-week chemotherapy course. In the midst of it, her parents feel like it will never be over. Their only hope is that no parent or child ever has to live this nightmare.

Still, Rosalie is their hero because she is just 2 years old, but is fighting this ugly disease with such grace and hardly any fear.

For anyone else unfortunate enough to be facing this, they should know the journey will be the most tolling part of your life physically and emotionally. However, it will make you the strongest person you never knew you could be. They want someone to be out there advocating for kids, which is why Alex’s Lemonade Stand Foundation means so much to their family.

Donate in Honor of Rosalie Today!