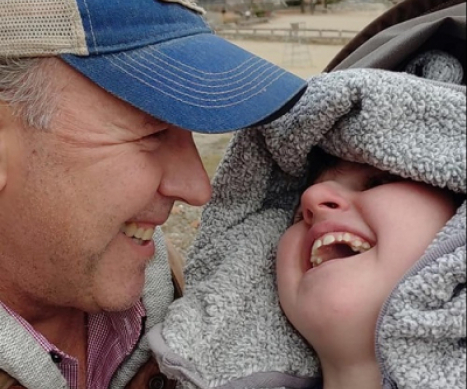 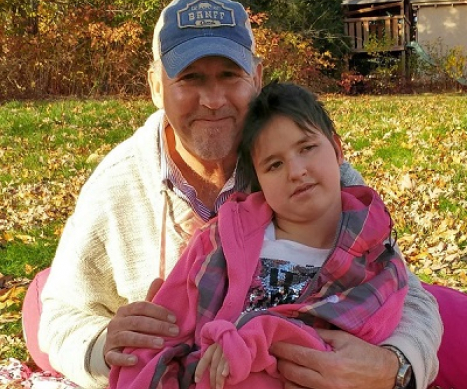 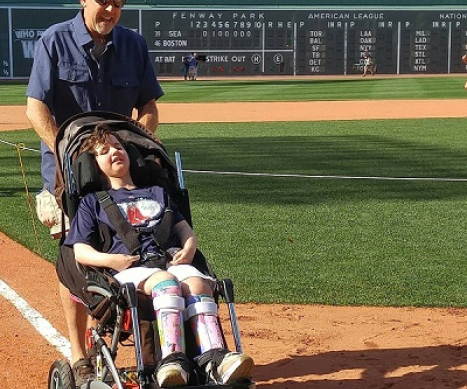 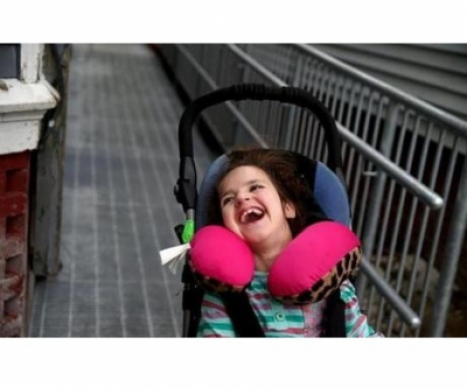 Even without the ability to walk or talk, 15-year-old Sydni’s undeniably vibrant personality shines through her animated smile and deep belly laugh. She adores animals, especially her two rescue dogs, but not as much as she adores her brother and sister. Whether expressed while in the pool or as she listens to music, Sydni’s outward displays of joy are absolutely infectious. And when her dad, Stephen, sings any number of songs he writes either about or for her, Sydni’s smile only sparkles brighter.

In 2005, when she was only 1 month old, Stephen’s instincts made a startling realization: Sydni’s forehead appeared to be growing too fast. At first, over the phone their pediatrician downplayed the minuscule difference detected by Stephen in Sydni’s head size, except his paternal intuition knew something was wrong. A week later, he seemed to be the only one who could sense and perceive the concern was increasing. In time, he learned that this was actually the early marking of the largest brain tumor Sydni’s doctor had ever seen in a 2-month-old infant.

Sydni soon underwent her first brain surgery to remove the massive-sized tumor, the first of approximately 48 brain procedures she has had to endure in the span of her short life thus far. Since Sydni’s initial diagnosis, she underwent two major resections, nine months of chemotherapy, 46 shunt revisions, eye surgery, a Nissen fundoplication and more. Sydni also struggles with intermittent grand mal seizures and spastic quadriplegic cerebral palsy. In total, she has spent more than 1,400 days in the hospital since January, 2005.

Sydni’s well-being can rapidly change. Her father says it is difficult to explain how she can go from smiling and laughing in one moment to then having seizures and surgeries in the blink of an eye. In infancy, her family was told that she would not live to celebrate her second birthday. Today she is a teenager, and Sydni’s family is immensely proud of how far she’s come and how much she’s overcome.

Back in 2005, on a night where she nearly lost her life, Sydni’s father vowed that if she would survive the night, he would forever be her legs. He does not consider himself a runner, nonetheless Stephen has completed 18 marathons in his daughter’s honor since that fateful night (although, he has made it a point to dedicate several of his marathon runs to his other two children so that they always shall know he equally appreciates their emotional burdens as Sydni’s brother and sister).

Stephen hopes that he may forever provide his daughter with a happy and fulfilling life so that he can give her the same amount of happiness and perspective which Sydni has given to him. Stephen deeply believes his daughter has been blessed with a great purpose in life, “that God’s Greater Plan for Sydni is truly to ‘Spread His message’.”

Throughout Sydni’s battle with cancer coupled with the collateral damage which stretches alongside cancer’s less traveled road, her father has learned many difficult lessons: to embrace life’s anguish or detours, to burn heartache as fuel for life’s merciless journeys, and that by knowing we have a limited time on earth, we may live each day to the fullest as if it’s the only day we have. He believes the journey is also the reward. As Stephen often tells his children, “Life does not have to be picture perfect in order to be experienced as a most magnificent journey.”

With the help of organizations like Alex’s Lemonade Stand Foundation, Sydni’s family feels blessed to have the opportunity to share her messages of hope. Stephen has also released his songs in two albums on iTunes which are about both Sydni’s crossing through childhood cancer as well as offering lyrics representative of hope within hopelessness.

Donate in Honor of Sydni Today!