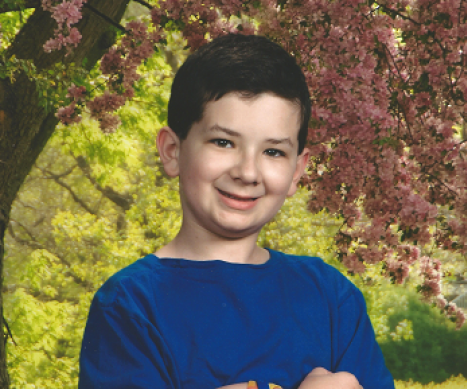 Tony was diagnosed with stage IV, high-risk neuroblastoma in June of 2006 when he was just 2 ½-years-old. Tony was complaining that his tummy hurt when he ate and he was waking up in the middle of the night sweating and crying. Since Tony's baby sister was due to be born in just 2 ½ weeks, his pediatrician gave him a thorough exam (including an abdominal ultrasound) and thus began his odyssey into the world of cancer. He immediately had 5 rounds of chemotherapy, followed by resection surgery to remove the tumor in his abdominal cavity. He then had 2 stem cell transplants, total body radiation, spot radiation and t-cell rescue. All the while, being the strongest, bravest boy and the best big brother anyone could imagine.

10 years after diagnosis, Tony is still dealing with multiple side effects from his treatment including, but not limited to, high frequency hearing loss, cataracts that developed on both eyes resulting in lens replacement surgery, anemia and electrolyte imbalances, and growth hormone replacement treatment.  His thyroid function is non-existent and he has to take Synthroid medication every day. He has developed a minor processing slow-down that makes school a bit more challenging but certainly nothing our little superman can't handle. His adult teeth only have 20% of the root structure that they are supposed to have so he has to be very careful about what he eats so as not to pull them out. Several years ago, Tony also developed something called SCFE (Slipped Capital Femoral Epiphysis) where the head of the femur slipped off the bone, requiring Tony to have emergency surgery to place titanium pins in both hips.

In early 2017, Tony’s kidney function began to decline more rapidly and it was determined he would need a kidney transplant. Tony’s dad, Tony Sr., was a match and the transplant took place on August 1st.  His bond with his dad is stronger than ever after that.

After the transplant, Tony had multiple organ failure and was given less than a 5% chance of survival. After eight months in the hospital, he devleoped critical illness myopathy (all the connections between his brain and muscles disappeared) making it difficult to talk and move. But, for now, Tony is cancer-free and enjoying what he has.

"At times it can be frustrating, but I just have leaned to deal with it, there's no reason to be angry about it." When asked how he keeps such a positive attitude, Tony replied, "why not...there is no reason not to be."

Even after everything he has been through, he enjoys going to Children's Hospital of Philadelphia (CHOP) to "visit his friends.” When Tony is not at CHOP receiving treatment, he has been having FUN living the life of a typical 16 year old. He plays video games and is a member of student council. He loves to earn merit badges and go camping with his Boy Scout troop. In the summer of 2019, he even made Eagle Scout. Tony has been named a Hero Ambassador for ALSF and takes his job of raising money and awareness very seriously. He loves meeting new people and feeling good about the work he does.  Anyone that meets Tony is amazed by his compassion for others - he's quick with an arm around the shoulder for anyone that needs a pick-me-up or a kind word of encouragement. He continues to be our inspiration every day! 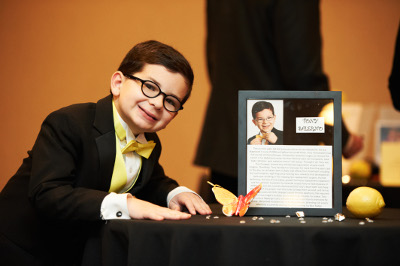 Donate in Honor of Tony Today!