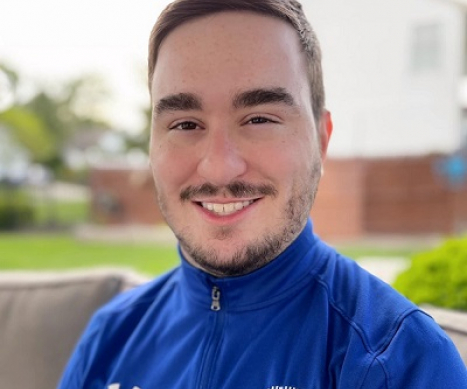 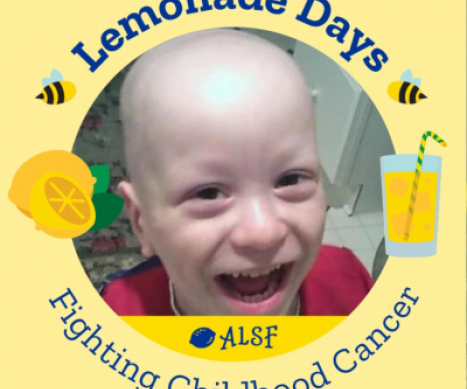 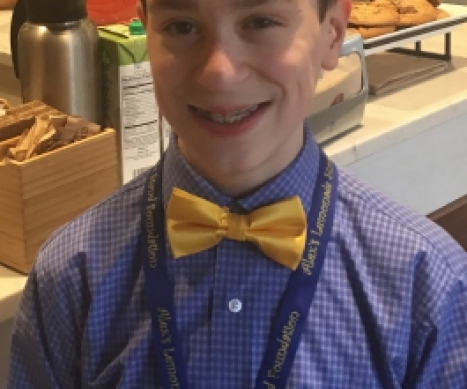 Cole Patrick Fitzgerald was diagnosed on January 29, 2007 with Stage IV Neuroblastoma (non-amplified MYCN). Even before Cole was born on March 28, 2004, he has been faced with incredible challenges. Cole was a 30 week preemie twin born with lungs that were too small and bilateral dislocated hips from having no amniotic fluid in his sac for seven weeks of our pregnancy. He was trached and on a ventilator for two years until April 2006 and continued to astound everyone with meeting all of his developmental milestones. Things took a tragic turn for Cole when he ran a sporadic low-grade fever for 20 days beginning the day after Christmas 2006. He was taken to two pediatricians who thought it was pneumonia and then viral, until the third pediatrician ran blood work and detected a touch of anemia. We elected to admit him to A.I. duPont for a complete workup and after four days of observation, he had an abdominal ultrasound which discovered an 8cm neuroblastoma tumor and the whirlwind of treatment to save his life began. He was given weeks to live at diagnosis and his long-term prognosis if he survived treatment was very grim.

The primary tumor was below the adrenal gland above his left kidney. The cancer spread to his bone marrow and he began treatment at the end of January 2007. Between January 2007 and April 2008, Cole received six chemo treatments, several surgeries including tumor removal, a successful stem cell transplant at CHOP, and 12 sessions of localized radiation followed by six months of Accutane treatment. Cole underwent his treatment and countless tests always with a smile and an acceptance of all of the new people that were helping to save his life. Later in 2008, he was diagnosed with high frequency hearing loss caused by one of the chemotherapy drugs he received during treatment.

As of June 2021, Cole is now 17 years old, and about to be a rising Senior at Washington Township High School. Cole is an excellent student and works very hard to achieve Honor Roll and Principal’s List. He is on the Executive Class Council for his school and a Student Assistant Coach for the Varsity Football Program, a role he hopes to continue in college and thereafter. Cole has been in remission for 14 years and has annual checkups in survivor clinic at A.I. DuPont in Wilmington, Delaware. Last year, Cole developed an osteochondroma in his L1/L2 vertebrae which required surgical removal and spinal fusion. An osteochondroma is a benign tumor that is a post treatment development since he was radiated in that area of his body. His heart has a slight cardiomyopathy which is being managed with medication – another late term effect from treatment. Despite these challenges, Cole has an incredible sense of humor, an infectious personality and enjoys life to the fullest. The boy who was given the bleakest of outlooks survived his cancer and thrives! He is looking toward the future which includes college, sports related internships and hopefully a career in the NFL.

He continues to be a born and bred across-the-board Philadelphia sports teams’ fan: Phillies, Eagles, Union, Sixers and Flyers. Cole is an ALSF student leadership academy graduate and has his black belt in kickboxing and enjoys talking mostly about college and NFL football. He continues to advocate for Alex’s Lemonade by speaking and fundraising on behalf year-round with his twin sister Maeve and 19-year-old sister Maggie. Maggie and Maeve, who are also ALSF student leadership academy graduates, provided endless support to Cole during his cancer battle and now during his survivorship by lending their voices and time to fundraise for ALSF. Cole has spoken about his story to groups of 5 to 900 and he brings an inspiring perspective to the cause from growing up and living as a Stage 4 cancer survivor. He proves every day that his survival is nothing short of a miracle and he will never let his past cancer diagnosis determine his future. Together with his family, Cole continues to fight for cures for childhood cancer, one cup at a time.

Donate in Honor of Cole Today!