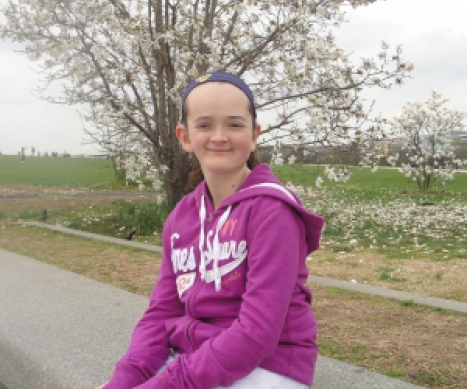 Lauren was diagnosed with neuroblastoma in September 2002 at the tender age of 18 months. While living at the Ronald McDonald House in New York City, she was treated at Memorial Sloan Kettering Cancer Center for 8 months.

Lauren underwent 5 rounds of high dose chemotherapy, an eight hour surgery, a stem cell transplant, radiation, and some antibody treatment before returning to her home in Syracuse, New York. She continued on oral chemotherapy and Accutane and was completely off of treatment for a year before relapsing in April 2005. We then made the decision to do treatment at home since we now had another daughter, Abigail, and were expecting our son, Charlie. The doctors in NYC consulted with her oncologists in Syracuse and after two rounds of chemotherapy Lauren again showed no evidence of disease.

Lauren continued on treatment of one kind or another until August 2011.  She received low doses of chemotherapy as well as oral chemotherapies.   She was then on an experimental drug called ABT-751 through CHOP for three years.  She then was on a yearlong phase 1 vaccine protocol at MSKCC.

Lauren has been off of treatment since August 2011 and continues to be cancer free.  She is a true hero and inspiration to all who know and love her.  She is beginning high school in the fall and is an incredible young lady.  We are so proud of all that Lauren has accomplished!

Donate in Honor of Lauren Today!