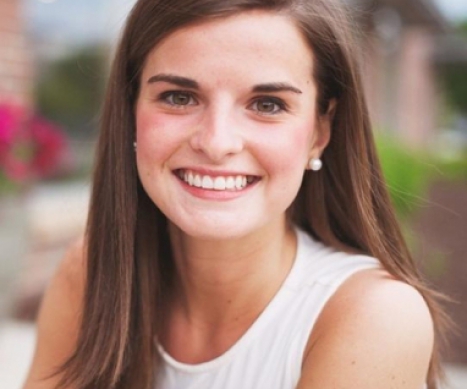 Molly Hollway is 21 years old and has finished her sophomore year at the University of Minnesota. She grew up with her parents, Mary and Bill, and two older brothers, Mike and Billy, in Edina, Minnesota. She attended Edina High School, where she was a part of the Dance and Golf Teams and captain of both in her senior year. At U of M, she is a member of the Alpha Phi sorority where she directs fundraising and philanthropy. She is also an avid runner who is training for a marathon. She loves hanging out with family and friends and watching her favorite show, Grey’s Anatomy.

When Molly was 13 months old, she was diagnosed with Neuroblastoma, a cancer of the sympathetic nervous system. The tumor usually starts in the abdomen above the adrenal gland; this is where Molly’s tumor was. Though her doctor noticed nothing unusual when examining her at her one-year check-up, a month later Molly seemed fussy, and on a return visit the doctor could feel the tumor, which was growing quickly. Molly was admitted to Children’s Hospital, diagnosed with high risk stage 3 neuroblastoma and given a 30% chance of survival. Her family was devastated.

After diagnosis, Molly underwent four rounds of induction chemotherapy to shrink the tumor and a successful surgery to completely remove it. Then she underwent intensive chemotherapy and radiation, including four rounds of 96 straight hours of intensive chemotherapy. She was sent to Los Angeles where they harvested her bone marrow. After this she went on months of Accutane. About a year later, she was in remission and cancer free!

Molly has now been NED (no evidence of disease) for about 18 years. She describes herself as a happy and healthy young adult who could not be more blessed. She has minor heart defects and “chemo brain” from all of the harsh treatment and chemotherapy. But she feels like a “completely normal 20 year old and college student, who fortunately beat the odds of a very rare and intense cancer. I live each day to the fullest knowing how precious life truly is.”

Molly is now very involved in many fundraisers and foundations in which support childhood cancer and fund research to find a cure. She is also a longtime supporter of Alex’s Lemonade Stand Foundation. Nine years ago she and her family hosted their 1st Annual Alex’s Lemonade Stand at the Mall of America, and have kept going ever since. Every year the stand has grown and gained much more support. A few years ago, she and some friends started a Lemon Run, which has also been very successful. In all, Molly and her family have raised over $100,000 for childhood cancer research. Molly says, “I couldn’t thank my Mom enough for all that she does. Without her we would not have such a successful lemonade stand or run, and we may not have even ever started! My family and I will never stop holding the lemonade stand and run until a cure for childhood cancer is found. My heart feels full when I know I have made a difference in the lives of others and can give them hope that they can beat cancer and that a cure will be found. “

Molly is majoring in Business Marketing and hopes to start a nonprofit to help families with children fighting cancer and someday have a family of her own. 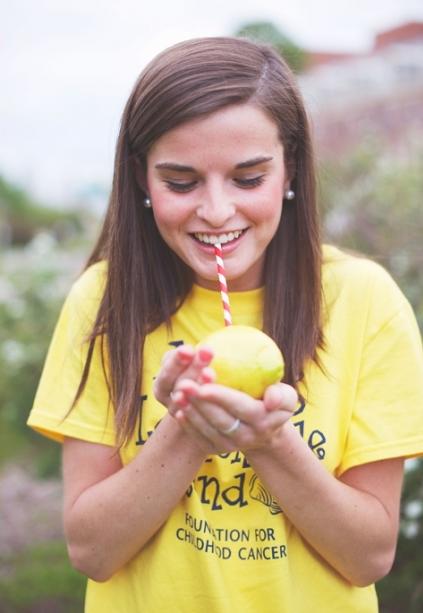 Donate in Honor of Molly Today!