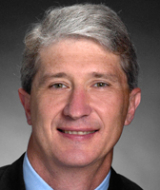 Background
Osteosarcoma is an aggressive bone cancer that primarily occurs in children. In most cases a primary tumor forms near the growing ends of the bones in the arms and legs, which invades and destroys the healthy tissues. In the most dangerous cases, the cells will escape the main tumor and migrate to other tissues to start new tumors. For osteosarcoma, these "metastatic" tumors preferentially grow in the lungs. Despite efforts to improve surgery and chemotherapies, nearly half the children with osteosarcoma will die from it. The metastatic tumors are difficult to eliminate and often return after treatment.

Project Goal
In our studies of osteosarcoma we have found a way to identify the cancer cells in tumors and tissues that are the most malignant. In this proposal we will work to develop a new gene-based therapy for osteosarcoma that is designed to specifically kill these dangerous cells. The project is centered around a very simple virus called "AAV" that has been used to deliver therapeutic genes in many applications, and has been successful in clinical trials for blindness and hemophilia. Starting from an engineered library of over 100 million AAV variations we have identified a variant that is able to seek out and infect malignant osteosarcoma cells throughout the body once injected into the bloodstream. Here we will alter both the external coat of the virus and its DNA to optimize it for maximal activity and killing in malignant osteosarcoma cells, but yet has no effect in healthy cells.

"We are extremely grateful to the Alex’s Lemonade Stand Foundation for choosing to fund our project. Through your support and the Innovation Program we are able to explore an exciting ground-breaking approach to the treatment of children’s bone cancer. In this gene based therapy we will work to selectively target metastatic cell populations throughout the body and specifically inactivate the biological mechanisms that drive their malignancy. Through this method we will work to generate a treatment with increased efficacy in cancer cells and no toxicity in normal tissues. Thank you to ALSF and the many lemonade stands for making this research opportunity possible." 6/2014