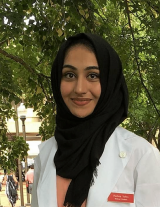 Background
Despite the significant improvement in the survival rate of children with acute lymphoblastic leukemia (ALL), the prognosis of those children that relapse remains dismal. In fact, relapsed ALL remains a leading cause of death due to cancer in children. We and others have shown that relapse results from a small clone of leukemia cells that become resistant to chemotherapy. Our lab has discovered specific mutations (e.g. changes in the DNA code, the genome) in genes that confer resistance to one or more drugs commonly used in treatment. Recent studies have discovered that alterations in epigenetic regulators are present in roughly 60% of relapse cases. The epigenome refers to chemical modifications in DNA itself or proteins that turn genes on and off. We are interested in SETD2 that is often inactivated by mutations at relapse. SETD2 is an epigenetic "writer" that adds a terminal methyl group to a protein histone that regulates genetic pathways.

Project Goal
We hypothesize that these mutations lead to aberrant expression of genes that lead to drug resistance. Loss of SETD2 in concert with other genetic lesions has been shown to cause drug resistance in other types of cancer. Understanding the function of SETD2 in relapsed pediatric B-ALL could elucidate novel targets and improved treatment strategies. We have generated numerous B-ALL cell lines with loss-of-function mutations in SETD2 and plan to treat them with various chemotherapeutic agents commonly used to treat B-ALL in order to determine the role of SETD2 in drug response with respect to different genetic backgrounds. We also plan to elucidate the downstream pathways regulated by SETD2 using various techniques to help further understand the mechanism by which SETD2 leads to disease progression. Our long-term goal is to use this information to develop novel, targeted therapy to prevent the emergence of resistant cancer cells that lead to relapse.

Cooper faced something pretty terrifying at a young age, when he was diagnosed with stage IV Wilms tumor, a type of kidney cancer, in August 2012 at just 4 years old. Today, he is committed to giving back and raising $1 million just like Alex did.
Read more »