Summer had been happy and easy-going since she was born. She loved all things Disney. Her favorite movies were Pixar, especially Monsters Inc. She loved music and dancing. She also took excellent care of her three dogs: Daisy, Buzz and Lilly.

In March 2015, at 7 months old, doctors found a 10 cm. mass in her liver and secondary tumors in her lungs. Originally diagnosed as high risk Hepatoblastoma (pediatric liver cancer), it was later discovered that her tumor cells matured into an even rarer cancer, Malignant Rhabdoid Tumor of the Liver. The only symptom leading up to this diagnosis was firmness in her abdomen. She had previously been a very healthy child.

After more than a year of continuous treatments including regular hospital stays, surgeries, chemotherapy, a stem cell transplant, and radiation, Summer’s scan showed No Evidence of Disease in May 2016. Sadly, Summer relapsed in July 2016 and passed away at home in September 2016 at the age of 2.

Shortly after her diagnosis, Summer’s family and friends became involved with Team Lemon and Alex’s Lemonade Stand Foundation (ALSF). Inspired by the story of ALSF’s founder Alexandra “Alex” Scott, the Semerad family decided to do their best to make lemonade out of the situation. The world of childhood cancer can be a scary and uncontrollable one, and focusing on making a positive impact in this community has really helped the Semerad family deal with the toughest times.

Since joining up with ALSF, team Summer Strong has been represented in numerous events including lemonade stands, Team Lemon races in Orlando, New York, and Philadelphia, the Lemon Climb in Boston, and school fundraisers; with many more planned for the future! Alex’s Lemonade Stand Foundation allows children and adults of all ages to get involved and make a difference for children with cancer, and the supporters of team Summer Strong have ranged from age 1 thru 95.

You can help children like Summer fight cancer and get the childhood they deserve by supporting Team Summer Strong through ALSF. To learn more about Summer’s story, visit her Hero page. 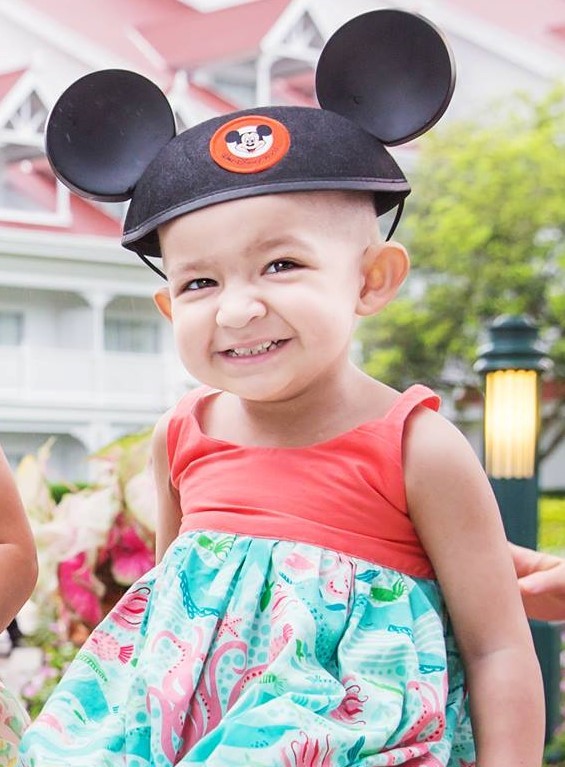 Donate now or register to hold your own lemonade stand or event to support the Summer Strong Hero Fund!