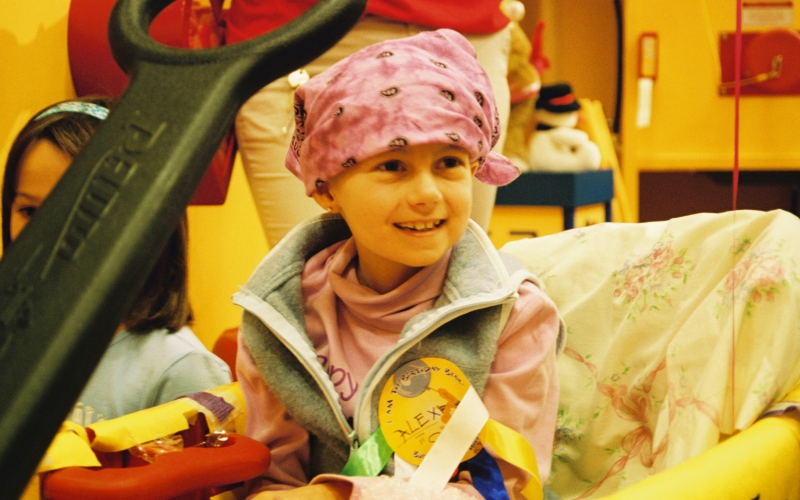 In 2004, while battling neuroblastoma, Alex Scott painted what would become a $100,000 painting at her kitchen table.

Fast forward 12 years and Alex’s painting has raised over $100,000 (enough for over 50 weeks of groundbreaking childhood cancer research).

Each year during the Lemon Ball live auction, attendees have a chance to win the painting for an 11-month rental. “Hearts and Star” has hung in several corporate offices... Read More