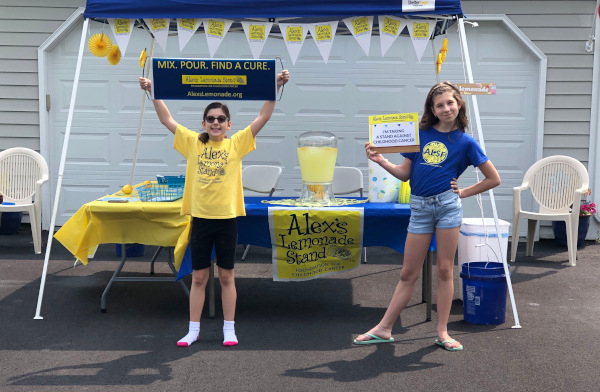 7th Annual A & A Lemonade Stand

Alexandra and Avery had been hoping to hold a lemonade stand in their front yard when they noticed an advertisement for Alex’s Lemonade Stand Foundation (ALSF) on a box of peeps during Easter.

The family immediately felt connected to ALSF because they lost their cousin, Robert Venditelli, to cancer in 1987. After speaking to Rob’s parents and siblings, the family decided to hold their lemonade stand in his honor. The girls chose to make the stand an annual event and each year they gain more responsibility and passion for giving back.

The Luca family is happy to have the opportunity to honor the memory of their relative with support from friends, family and co-workers. Their lemonade stand has become more than a fundraiser – it’s an entire social event.

Hold Your Own Event