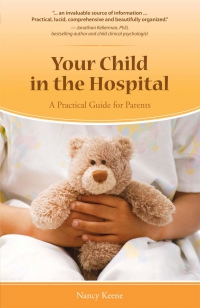 Your Child in the Hospital

Casts keep broken bones immobile until they mend. They now are lighter and more manageable than the old-fashioned white plaster casts. The doctor may even give your child a choice of colors for his cast.

If your child needs to use a sling with the cast, you should ask for a demonstration on how to use it. Before you leave, you’ll be given any special instructions, including whether the cast needs to be kept dry, how long your child must use crutches, and when to return for a checkup. If your child is old enough, she’ll probably appreciate being included in the discussion on taking care of the cast.

When it’s time to remove the cast, you can ask how it will be done. Often doctors use a small saw that is noisy and can frighten a young child. Ask the doctor to explain that it won’t hurt your child’s skin. A demonstration might help your child feel comfortable about having the case removed. It’s also a good idea to explain that it might be stinky under the cast and skin might be white and wrinkly, but it will look normal in a few days.

Eight-year-old Sean broke his arm horribly while playing. The orthopedic surgeon put on a plaster cast from wrist to armpit. It needed to be elevated at night, so we rigged up an apparatus above the couch, and Sean slept there. They put on a lightweight blue cast after the first month, followed by a bright yellow one. His friends wrote all over them. Sean was nervous about the big round saw that they used to remove the casts. I told him that he would feel some pressure, and some tickling, but no pain. We sang songs as they removed each cast.