GIVE KIDS CURES ON

Through #GivingTuesday, all donations will be matched by:

That means your gift makes 2X the impact for all kids fighting childhood cancer.

As an Alex’s Lemonade Stand Foundation (ALSF) supporter, you know all about the difference a passionate group of people can make for the fight against childhood cancer. That type of dedication continues to fuel hope for all children facing this disease. Today, you can make another huge impact for kids by donating to ALSF on Giving Tuesday.

This year we're honoring 3 heroes. Meet them below! 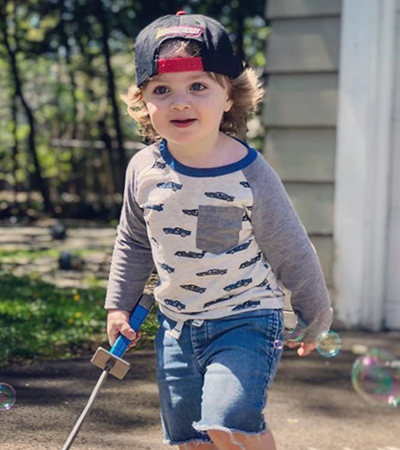 Matteo is a happy, strong and determined 2 year old. He is one of five children, and he isn’t afraid to stand up for what he wants.

One night, Matteo’s mom, Kim, stayed up late baking cookies for a Power Home Remodeling fundraiser to support Alex’s Lemonade Stand Foundation (ALSF). The next day, her son, 6-month-old Matteo was diagnosed with a rare pediatric kidney cancer. Matteo’s dad, Alfred, had noticed a hard spot on Matteo’s side. After consulting with the pediatrician, Matteo was sent to the emergency room. A CT scan revealed a mass on Matteo’s kidney.

"Never in a million years did I think my kid would have cancer,” said Kim, “We knew about childhood cancer. But we did not think it would be us.”

Matteo’s cancer, a rare cellular congenital mesoblastic nephroma, accounts for less than five percent of all pediatric kidney cancers. Because of its rarity, Matteo’s family was transferred from their local New Jersey hospital to Children’s Hospital of Philadelphia. After the mass and one of Matteo’s kidneys was removed, doctors saw no evidence of disease.

However, three months later, a routine scan showed a new tumor in Matteo’s lungs. His relapse was unexpected, and it crushed his family. Matteo began six months of chemotherapy followed by surgery to remove part of his lung. On his first birthday, Matteo was in clinic receiving chemotherapy.

Matteo never gave up even when his family was told by his oncologist that he might not meet his typical baby milestones because of the side effects he experienced from treatment. But Matteo persevered, and today, Matteo is cancer-free!

ALSF means a lot to Matteo and his family. They have now hosted two front-yard lemonade stands for ALSF and will continue to do so. “Without the support of ALSF, Matteo’s future, and many other children just like him, may have been unknown,” said Paula Beckert, Business Affairs Manager for Power Home Remodeling out of New Jersey, “This foundation changes lives... saves lives.” 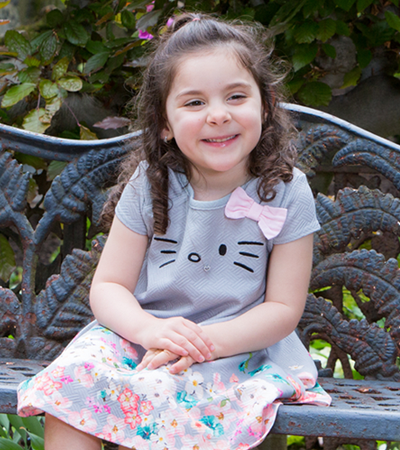 Isabel (Izzy) is a 6-year-old firecracker. She’s a happy little girl who is not afraid to assert herself with confidence. She loves music, singing and getting a laugh out of her family.

In September 2014, Izzy was diagnosed with a ganglioglioma, a spinal cord tumor, after her parents noticed stiffness in her neck.

Her parents recall the moment the neurosurgeon’s physician’s assistant entered their hospital room and with tears in his eyes told them that their 12-month-old little girl has a tumor wrapped around her spinal cord. They had just celebrated her first birthday with visions of what may come her second year of life: walking and exploring the world around her like most one year olds do. But on that day, when they heard the words, “it’s a tumor,” all those hopes came crashing down and they went into survival mode.

Izzy underwent a ten-hour surgery to relieve some of the pressure the tumor was putting on her delicate spinal cord. She had 42 chemotherapy treatments that wreaked havoc on her little body, weakening her immune system, causing hair loss, a number of gastrointestinal issues and neuropathy in her extremities. Through it all she always found a way to be a playful and happy little girl.

The surgery and the tumor also left her unable to sit up on her own and with weakness, especially on the left side of her body. She began physical and occupational therapies at the same time she began chemo to regain her strength and learn how to crawl and walk.

True to her fighting spirit, Izzy took her first independent steps in January 2016, the day before her last chemo infusion.

The combination of remaining tumor and surgery left Izzy with a hunched back and scoliosis. To correct the curvatures caused by these two conditions, Izzy endured a total of 164 hours of halo gravity traction over the course of 3 weeks in the hospital this past June. Upon discharge Izzy was placed in an upper body cast to maintain the improvement obtained through therapy. She’s been in the cast for almost 5 months now, but will have it taken off just in time for ring in the new year!

Remarkably, Izzy participated in the ALSF End Childhood Cancer Walk/Run last month in Philadelphia and crossed the Kids' Dash finish line, all on her own!

Izzy continues to recover from surgery—and is determined to keep moving forward, one step at a time. 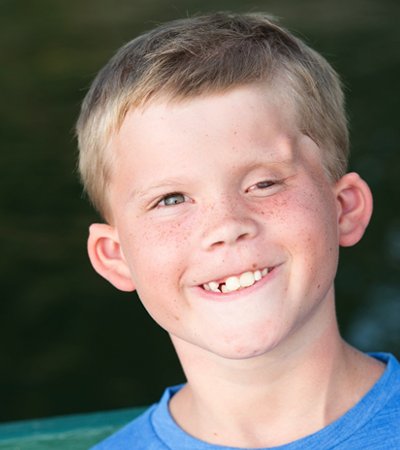 Charlie loves his family, his dog, Sophie, and spending time at Lake Okoboji riding jet skis. Being active and healthy is something Charlie and his family don’t take for granted, as Charlie faced many significant health challenges growing up.

In March of 2007, Charlie was not acting like himself. When his family was on spring break in Florida, 2-year-old Charlie preferred to sleep rather than play in the sand. When he wasn’t sleeping, he was irritable, uncomfortable and wanted to be carried all the time. His left eye started to droop and was nearly swollen shut within days. Upon their return to Kansas City, his mother, Paige, made an appointment with their pediatrician, who immediately referred him to Children’s Mercy Hospital. There, it was determined he had a tumor behind his left eye, extending into his brain.

On April 10, 2007, Charlie underwent surgery for a craniotomy and a tumor resection. Although Charlie lost vision in his left eye, his doctors felt confident in their ability to remove the tumor successfully.

Within a few weeks, that tumor had a name: atypical teratoid/rhabdoid tumor (AT/RT), an aggressive type of cancer. Charlie went through 17 months of chemotherapy, six weeks of radiation, blood transfusions, a stem cell harvest and more. Over the next two years, Charlie and his family celebrated holidays, birthdays and other milestones in his hospital room.

At the end of 2009, Charlie showed no evidence of disease (NED), and he was able to return to school.

Nine years later, in April of 2019, a new tumor was found on the right side of Charlie’s brain during a routine MRI. He was diagnosed with clear cell meningioma, a benign tumor believed to be a long-term side effect of the radiation he received as a toddler. Charlie is now being monitored for tumor reoccurrence every three months through full brain and spine MRIs.

Since Charlie’s first diagnosis, he and his family have dedicated their time and energy to supporting ALSF. Over the years, they have served lemonade at the annual Midwest Lemonade Days, spoken to schools and other organizations about ALSF, befriended ALSF ambassador Alex Gordon of the Kansas City Royals, started a Lemon Club at a local high school and helped to start the annual Lemon Mixer.