Home » Where the Money Goes » ALSF Funded Projects » Targeted Inhibition of the DNA Damage Response Pathway: A Novel Intervention in the Treatment of Pediatric Leukemias

Targeted Inhibition of the DNA Damage Response Pathway: A Novel Intervention in the Treatment of Pediatric Leukemias 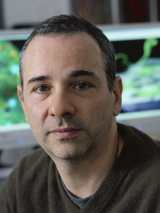 The most common form of cancer amongst children and teenagers is leukemia, a disease of the blood and bone marrow that accounts for nearly one out of three cancers in this age group. The specific sub-types of acute leukemias that are most widespread amongst children are ALL (Acute Lymphoblastic Leukemia) and AML (Acute Myeloid Leukemia). ALL and AML are types of leukemias where an individual's bone marrow produces too many white blood cells that fail to undergo proper maturation or differentiation. The increased burden of immature white blood cells overwhelms fully functional white blood cells in the marrow resulting in anemia, a compromised immune system and eventually failure of the entire blood generating system.

Current treatment regimens of acute leukemias involve the use of broad-spectrum approaches such as chemotherapy, radiation therapy and stem cell transplantation. However, each of these approaches is accompanied by numerous side effects. A much sought after line of attack in managing leukemias, or any other type of cancer, is targeted therapy. In principal, targeted interventions are directed at specific cells, pathways or proteins that are indicative of heightened points of vulnerability in cancers.

Our recent experiments using animal models of AML have provided strong evidence for the counter-intuitive notion that the promotion of DNA damage impedes the progression of leukemias by advancing the differentiation of immature white blood cells into mature cells. In this proposal, we outline a series of experiments to expand on this working model by using genetic deletions and chemical inhibitors to target the sensors and responders of the DNA-damage pathway. The identification of pathway-specific targets and small molecules to these targets will provide precision tools and novel therapeutic approaches in the treatment of leukemias. Ultimately, the successful translation of these targeted therapies into the clinic will dramatically improve the survival of infants diagnosed with the poor outcome that accompanies acute, aggressive pediatric leukemias.