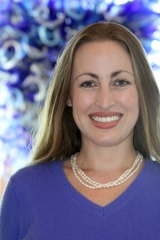 Diffuse Intrinsic Pontine Glioma (DIPG) is the second most common malignant brain tumor in children and the leading cause of pediatric cancer death. We have developed the first published experimental model system to study DIPG, and using this have discovered some of the molecular factors that drive DIPG tumor growth. We now propose to use our mouse model system to test a therapeutic strategy combining two drugs. This purpose of this proposal is to develop a strategy that will target two types of cell in the tumor - those responsible for tumor initiation, and a distinct population responsible for tumor expansion. If efficacious, we would seek to translate the findings quickly to a clinical trial for children suffering from DIPG.

What were you initially studying with your grant funded by ALSF?
My A Award project aimed to investigate the heterogeneity of tumor cell types within a devastating childhood tumor - diffuse intrinsic pontine glioma and to pursue combinatorial therapy aimed at effectively treating all of the tumor subpopulations.

What have you found?
We have been performing single cell analyses of gene expression and, preliminarily, have found 3 molecularly-defined subpopulations of tumor cells. This work is ongoing. At the same time, we have been working to defined effective treatment strategies for DIPG and this translational effort has resulted in a clinical trial proposal that we hope will come to fruition. Finally, as science frequently leads us down unexpected paths, we have found important microenvironmental interactions that promote the proliferation of both normal and malignant glial precursor cells, including DIPG.

What does this mean for children with cancer and their families?
I hope that our work will contribute to an effective therapeutic strategy for DIPG. The work we have completed with ALSF support moves us closer to that goal.

Has this research been published?
Some of this work has been published (see publications, below). There is one Science article and two Acta Neuropathologica articles that have resulted from our work during the period of ALSF support. There are also two manuscripts in preparation.

What has this grant from ALSF allowed you to do that you wouldn’t be able to do otherwise?
My A Award was critical in launching my independent research program. It allowed me to hire a post-doctoral fellow and to do experiments I otherwise could not have pursued. For example, at a time when I was first setting up my lab, the A Award supported the purchase of my lab’s first microscope.

Why did you choose to work in this field/on this topic?
My motivation to study DIPG stems from caring for children with this devastating disease in the clinic. We must do better for them. And for that, we must better understand the fundamental biology of this disease.

Diffuse Intrinsic Pontine Glioma (DIPG) is a brain tumor of childhood with a dismal prognosis and limited treatment options. The tumor is heterogeneous, and we have made progress towards our goal of defining the functional subpopulations of cells that comprise the tumor and identifying molecular targets of therapy to fight each subpopulation of cells. At the same time, we have carried out drug screening and have now confirmed the efficacy of a promising treatment strategy in vivo.