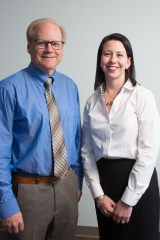 The support that is needed to successfully launch early phase trials is different from the cooperative group trials. The Division of Hematology, Oncology & BMT Clinical Research Office is ready to expand in the areas of patient care for early phase research, information technology and compliance to the protocol to ensure the aims of the study are met in a timely manner.

The ALSF Phase I/II Infrastructure grant will specifically support the critical positions that it takes to successfully launch and run phase I/II trials. These positions will be Phase I Research Nurse, Phase I Lead CRC, and Phase I Lead Data CRC. The current expansion of the clinical research office infrastructure includes pre-clinical research developmental support, protocols launch support, and active working protocols support to help catalyze the investigator-initiated projects through the entire approval system. This staff supports the multiple existing strengths of the current faculty who have protected time to develop investigator-initiated studies.

Timothy Cripe, MD, PhD is studying how a genetically altered version of the herpes virus could be a non-toxic, effective treatment for children battling relapsed extracranial solid tumors like osteosarcoma, Ewing’s sarcoma and neuroblastoma.

Creating an oncolytic virus began in the lab. Scientists altered the herpes virus by deleting the gene responsible for making the herpes virus infect healthy tissue.  Called HSV1716, the altered virus has previously been tested in the treatment of adult brain tumors. Dr. Cripe’s trial is testing the safety of the drug for the treatment of children with relapsed solid tumors outside of the brain.

During phase I, the drug is administered in the clinic. Interventional radiologists map a child’s tumor with CT scans and ultrasounds to guide the needle and directly inject the altered virus into the tumor. Once inside the tumor, the virus goes to work killing cancer cells and triggering an immune response in the body.

A second part of the phase I trial, a group of patients will have the altered virus given intravenously—without the use of a targeted injection to the tumor. The hope is the virus will find the cancer cells and infect them, triggering an immune response in the same way the targeted injections of HSV1716 did. Unlike traditional chemotherapy and radiation, virotherapy does not come with harmful side effects.

“We’ve reached the limits of chemotherapy and radiation. Virotherapy offers a prospect of a treatment that is non-toxic,” said Dr. Cripe. “Once we can get virotherapy treatments to work, we think they will be safe.”

Phase I of the trial is now open, with the goal of testing the safety of the drug. Phase II will test combining virotherapy with other treatments.

Read more about Dr. Cripe’s work in the Fall 2017 newsletter.

Co-funded by:
Flashes of Hope

Strong doesn't even begin to define Jake. He's fought ependymoma since 2012, facing several complications and obstacles along the way. Luckily, Jake qualified for a clinical trial that helped keep his cancer stable for a while. Today he is still fighting.
Read more »