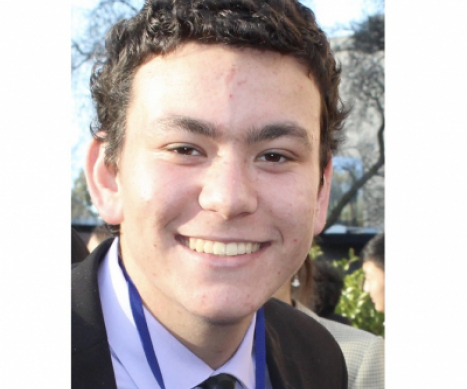 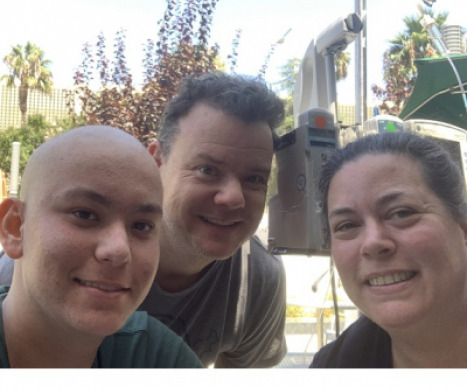 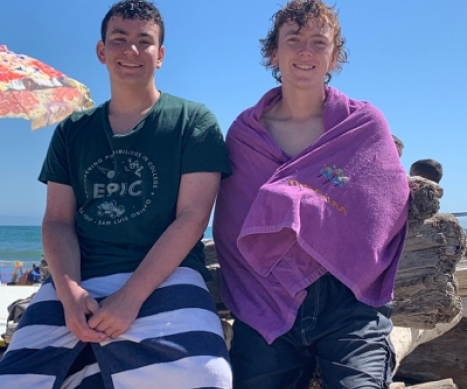 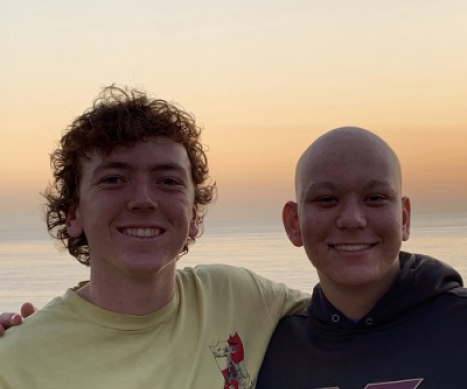 Brett is a kind and goofy 17-year-old who spends his time playing sports and video games with his friends. His love for learning sets him apart from the crowd. He works hard at everything he does, especially when it comes to his dreams of becoming an engineer. After being diagnosed with testicular cancer, Brett knew he wanted to go to college for biomedical engineering to one day improve treatment technology for cancers.

The family was on vacation when Brett began experiencing discomfort and signs of swelling. When they returned home, the pediatrician referred them to a urologist for blood tests and an ultrasound. The tests came back positive, and the ultrasound revealed an image of a solid mass. After surgery, he was diagnosed with stage IIA testicular cancer when a CAT scan showed the cancer had spread to lymph nodes in his abdomen.

He underwent a surgery in June 2019, followed by three rounds of BEP chemotherapy at Children’s Hospital Los Angeles. He received chemotherapy before a CT scan finally unveiled some tumor shrinkage, but the cancer remained in his lymph nodes. He needed a RPLND surgery from Keck Medicine of USC. He’s finally in remission with surveillance every three months.

After his diagnosis, Brett took everything in stride, doing as much research as possible on his condition, and bearing the circumstances with a smile. On his first day of school, after losing his hair to treatment, Brett left his baseball cap in the car and prepared himself to answer any questions as they came. He stayed optimistic and never ceased making jokes.

Brett’s family shared his positive attitude and desire to remain well-informed. The impact of his cancer diagnosis remains with them, but they never lost faith in their ability to overcome their circumstances. They want others to know that it may not always feel this way, but many people are on your side, and they want you to succeed.

Brett’s mom, Barie, wants to see him lead a long, healthy and fulfilling life as he continues his education and pursues his dreams. She is hopeful that he will never forget the importance of giving back. He’s even been holding a virtual fundraiser for Alex’s Lemonade Stand Foundation (ALSF), under the name “Teens4Cures”. After experiencing a cancer battle first-hand, finding a cure has become deeply personal to Brett’s family and they appreciate all the financial, physical and emotional support ALSF offers struggling families. Alongside ALSF, they are united and prepared to keep up the fight for a cure.

Hero Quote: “No matter how hard things get, do it with a smile.” – Brett

Donate in Honor of Brett Today!