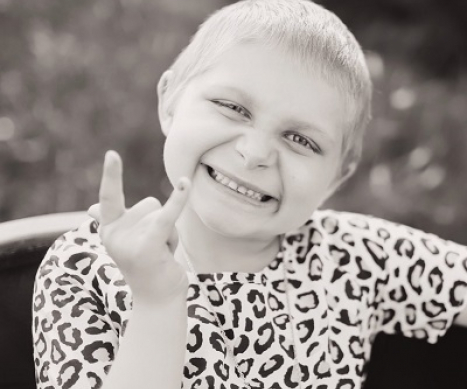 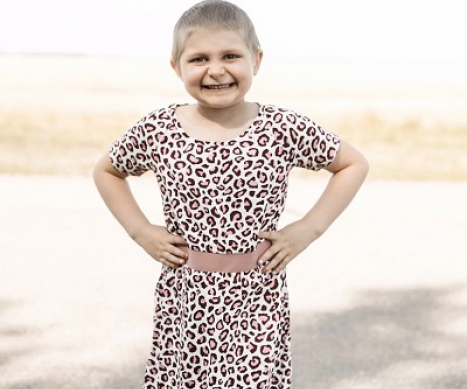 Get the facts about Optic Nerve Glioma and how our research projects are making a difference.

Elise has owned her cancer journey since January 2018, when doctors diagnosed her with a brain tumor on her optic chiasm. Despite her hardships, she remains vibrant and bold at 6 years old. Her family is proud that her faith and strength have not wavered. They call her a light that encourages and teaches others to live and love life.

After failing several vision tests with her right eye at 4 years old, Elise was referred to an ophthalmologist at the University of Minnesota Masonic Children’s Hospital for further evaluation. It was there that an MRI revealed an optic glioma tumor. She endured countless chemotherapy treatments, including an experimental trial.

Then, in August, an MRI revealed her tumor was still progressing. Elise had to switch her treatment plan to six weeks of daily radiation. To make matters worse, the hospital was a six-hour trip for Elise and her family. Fortunately, they were able to stay near the hospital for Elise’s treatment with aid from Alex’s Lemonade Stand Foundation’s (ALSF) Travel For Care program. With the cost of lodging alleviated, Elise’s family had peace of mind.

The following November, Elise had a post-radiation MRI with inconclusive results due to extensive swelling. Her repeat MRI in January 2020 revealed continued tumor growth, and she immediately began chemotherapy again along with monthly MRIs, which will continue through August. With an immunocompromised body, navigating treatment during the COVID-19 pandemic has put extra stress on Elise and her family. Even so, they are staying positive.

By doing their best to live each day to its fullest, Elise and her family have learned to adapt and live in the moment due to the unpredictable nature of cancer. It is their hope for Elise to continue to smile and shine bright. She is their hero because she illuminates their lives with her positive attitude and feisty spirit. They hope to all remain strong in this journey together as Elise kicks cancer’s butt!

The advice Elise’s parents have for others in a similar situation is, in Elise’s words, to live and love life! They encourage others to look for the good in each day and appreciate the difficulties because both make you grow. Children are resilient and everyone can learn so much from their life perspectives.

To Elise and her family, ALSF is a blessing in so many forms: relief from the financial stresses that medical expenses incur, a community willing to support critical needs, awareness to the cause of childhood cancer and, most of all, continued hope for a cure.

Donate in Honor of Elise Today!