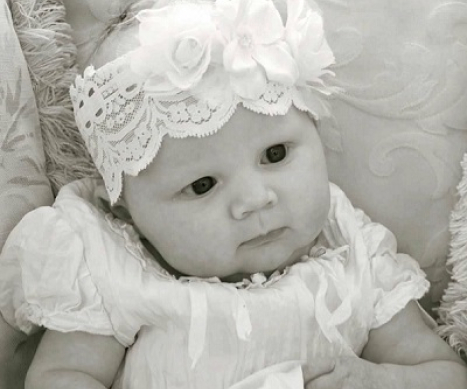 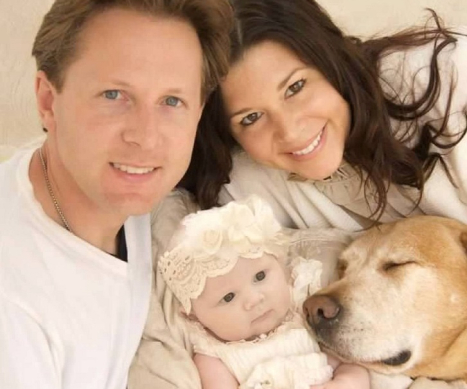 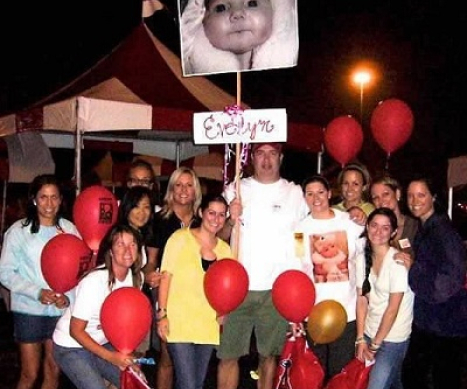 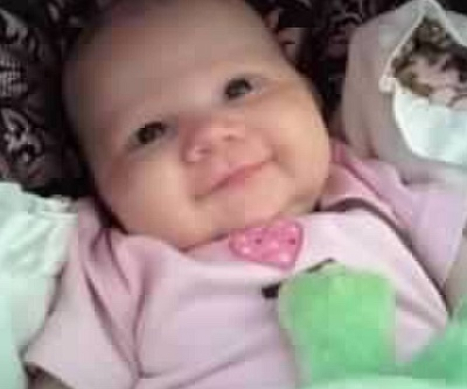 Evelyn Grace Doyle was a beautiful and sweet baby. Born on March 19, 2009, her arrival was going to be the best day of her parents’ lives. Sadly, it turned out to be the most frightening and devastating experience they’d ever faced.

Evelyn was born with purple bruise-like lesions all over her body. Her parents knew something was wrong but weren’t sure what was happening as their daughter was taken away to the NICU for close monitoring. Evelyn was evaluated and treated in the NICU for one week, until they learned that she had leukemia cutis. She was then taken to Mattel Children’s Hospital UCLA to see a pediatric dermatologist, who diagnosed Evelyn with congenital infant acute lymphoblastic leukemia (ALL) on April 10, 2009.

A rare form of childhood cancer, congenital infant ALL is extremely aggressive and there are few treatment options with very low survival rates. Evelyn was at risk for a stroke or respiratory arrest, and the treatment protocol for infants was nearly as devastating as the diagnosis itself.

During her first week in the PICU, there were many times her parents feared she would not make it. They prayed and stayed with her every moment, taking pictures and videos, terrified they would not remember every detail of her beautiful little face. Eventually, Evelyn made it out of the PICU and onto the pediatric oncology unit where she would spend the next five months of her life. Her parents continued to stay with her at the hospital, rotating to make sure she was never alone.

The amount of chemotherapy needed to kill the leukemia cells in Evelyn’s body was at such a high dose that it would cause an adult’s organs to fail. However, because Evelyn’s liver and kidneys were so young and strong, she could manage the high doses for a while. Evelyn achieved brief periods of remission – the happiest days of her family’s lives. They held on to the hope that she would somehow defy the odds and be their miracle baby. Unfortunately, Evelyn relapsed on July 9, 2009 and began reinduction chemotherapy, an even stronger chemotherapy regimen than before.

Her little body was beginning to show signs that she couldn’t handle more chemotherapy. Evelyn endured a blood transfusion exchange, hemodialysis and multiple rounds of high-dose chemotherapy, achieving remission only briefly. Sadly, despite having a match, she was not able to sustain remission long enough for a cord blood stem cell transplant. Evelyn passed away on August 16, 2009.

Evelyn’s family loves and misses her more than words could ever express. She is her family’s hero because she handled the unfathomable with so much strength. She brought people together in a way her mother, Bobbie, could have never imagined. She changed the lives of so many, reminding them all that every day is a gift and to live life connected to your highest self, taking nothing for granted.

For five months, Evelyn fought and inspired everyone around her to live every moment to its fullest. Though Evelyn’s battle with leukemia ended, her family fights on in her honor, until the day every child is guaranteed a cure. It's one of the many things they learned from Evelyn – her family’s experience in the trenches fighting alongside their daughter showed them that many forms of pediatric cancer are incurable and underfunded, and too many children do not survive. Today, Bobbie’s hope is to continue increasing awareness of infant leukemia and countless other forms of pediatric cancer and accelerating research towards a cure, alongside Alex’s Lemonade Stand Foundation.

To Bobbie, funding research to find a cure for pediatric cancer is the only way. She is currently establishing a company fundraiser for September 2022 under Elyte/Genex, continuing to fight in honor of her daughter. Though Evelyn’s time was brief, her purpose was infinite.

Donate in Honor of Evelyn Today!