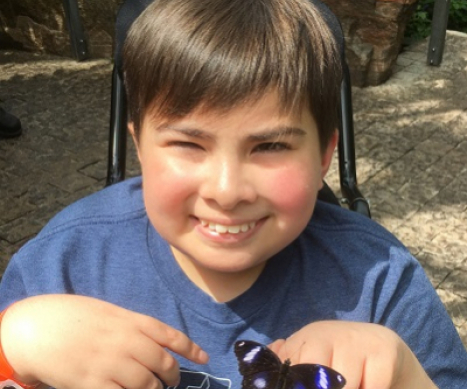 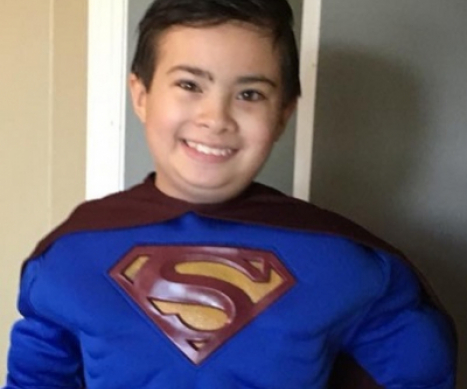 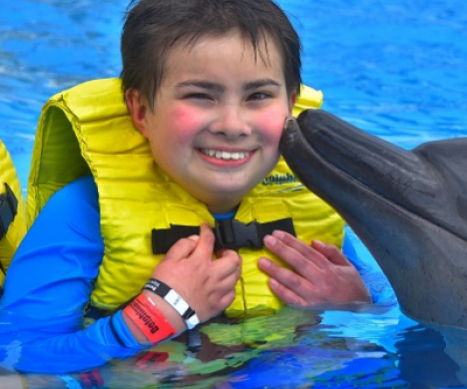 Strong doesn’t even begin to define Jake. As he was entering second grade in the fall of 2012, his parents thought he may have the flu and took him to SickKids Hospital in Toronto. Jake’s mom, Patricia, was confused when doctors sent Jake for a CT scan, but when the results revealed swelling in his brain, she understood why: her quiet, kind-hearted boy had ependymoma. Jake endured two surgeries to remove the cancer cells from his brain and faced lingering side effects, including right-side paralysis. Despite needing to relearn how to walk, talk and swallow, Jake continued to smile.

Life was mostly normal for about a year. Then, a routine MRI gave Jake more bad news: the same cancer had grown six tumors on his spine. This time, doctors said surgery wasn’t an option. Jake began radiation treatment, but Patricia found a neurosurgeon willing to try surgery. It was successful, but Jake developed permanent drop foot, a condition where he lost the ability to raise his toes. Two years passed before Jake relapsed in both his brain and spine. Another surgery followed. Then, in 2017, another relapse.

With their options dwindling, Patricia discovered that Jake qualified for a clinical trial led by a researcher funded by Alex’s Lemonade Stand Foundation (ALSF), Dr. Ted Johnson. One thousand-mile problem remained: the trial was in Georgia.

“We were prepared to sell the house and do whatever we needed to make it to Augusta,” Patricia said. Selling the house wouldn’t be necessary though – Dr. Johnson was determined to help Jake. An oncologist arranged for MRIs and blood work in Toronto to avoid that extra expense and in February 2018, Jake was set to begin the trial. But getting to Augusta remained a problem.

Dr. Johnson mentioned that ALSF offered travel assistance through their Travel For Care program for families in situations just like theirs. Jake’s family was doubtful at first, given the repeated travel across borders, but were blown away by the program. Without ALSF covering their flights or hotel rooms, Jake’s family would’ve struggled to keep traveling. Without this support, Jake’s cancer wouldn’t have been stable for the past two years.

When the COVID-19 pandemic hit, traveling was no longer safe for immunocompromised kids like Jake. But Dr. Johnson went above and beyond expectations, arranging for Jake’s entire treatment plan to continue in Toronto. After a recent successful spinal resection that left no trace of a tumor, Jake was able to take a break from treatment by recommendation from Dr. Johnson and his oncologist in Canada. Unfortunately in October, Jake faced a recurrence and is currently in chemo.

Jake’s family is so grateful for all the support and financial assistance they received from ALSF. They plan to continue to hold fundraisers and raise awareness. Jake has dealt with a lot but lives every day with a smile on his face, knowing he can handle anything.

Donate in Honor of Jake Today!