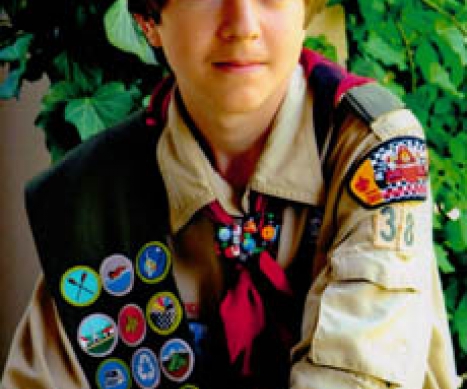 On Valentine's Day 2008, we took Jeremy to the doctor for persistent flu-like symptoms. As my husband was taking him back to school our doctor's nurse called and said that we needed to get him to the hospital immediately because his hemoglobin was critically low. After two more phone calls from our doctor we were on our way to Riley Children's Hospital with a diagnosis of leukemia.

Jeremy endured 7 inpatient treatments with stays of up to 28 days and a year of maintenance chemotherapy. During his treatment he kept up with his school work maintaining a GPA that earned him academic awards his freshman, sophomore and junior years.

He was inducted into the National Honor Society at the end of his junior year. He is scheduled to graduate on time with his friends with an academic honors diploma. He is also currently working on his Eagle Rank in Boy Scouts.

Donate in Honor of Jeremy Today!