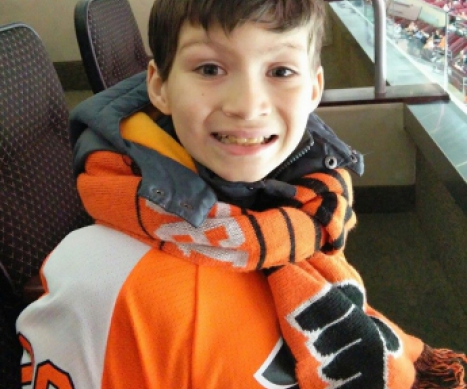 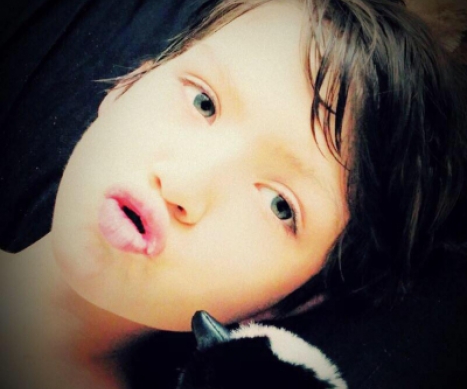 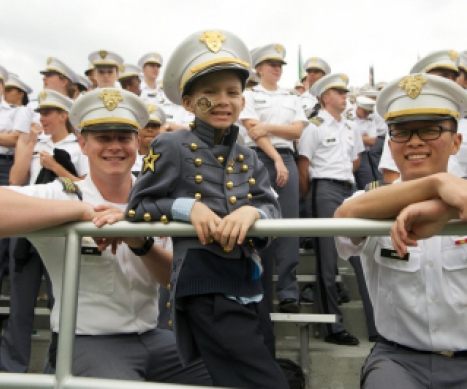 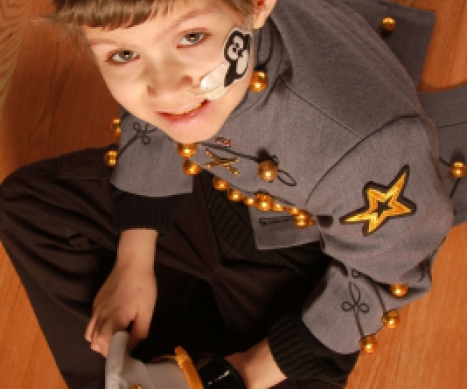 Julian was a beautiful, wise old soul. He was an incredible person who cared more about others and less about himself. Julian loved everyone from the homeless to the famous. He saw through things, Julian saw you. He loved anything military and you would often find him studying books about naval ships and aircrafts. He loved the great outdoors, his favorite pastimes were camping, visiting the beach and riding roller coasters.

In the summer of 2011, his family noticed that then 6-year-old Julian's appetite decreased. He often had a low grade fever and would complain his leg hurt, his thigh in particular. They took him to the pediatrician’s office several times and the doctors would diagnosis him with everything from food poisoning and viral infections to growing pains and whiplash. His parents grew frustrated and switched pediatricians to get a fresh perspective. Thankfully, the new doctor ordered x-rays and a complete blood test. They discovered that his SED rate, which measures inflammation, was extremely elevated, so the pediatrician recommended he head to the emergency room at the local children's hospital in Syracuse, NY. After more blood work, an ultrasound and an MRI, they discovered a large mass in his stomach. In August 2011, after a biopsy, they found out that it was stage IV neuroblastoma.

Julian underwent induction chemotherapy in Syracuse. The hope was to shrink the tumor and eliminate the cancer cells in his bone marrow, so they could do a stem cell harvest. However, less than two months into treatment, they found out that Julian was chemo-resistant. Thankfully, he was able to have his stem cells harvested. They ran out of options at that hospital, so after research their journey continued at Children’s Hospital of Philadelphia (CHOP). In December of 2011, Dr. Mattei removed Julian's tumor and started him on a clinical trial for MIBG therapy. After two rounds, he was cleared for a stem cell transplant, which Julian underwent in May 2012. Directly after, he had 12 rounds of proton therapy, but he relapsed that August and was listed in terminal condition. He was then enrolled in an accutane clinical trial, the last child allowed in before the trial closed. They didn't have good clinical results to that point, but the hope was to give his family more time with Julian.

Miraculously, by Thanksgiving of that same year, Julian once again defied all odds and showed no evidence of disease. That made him the only child out of 100 the drug helped. He completed all 10 rounds of the antibody treatment by April 2013 and was able to take a break from treatment for two months. He underwent a second stem cell harvest before the doctor sent them to Memorial Sloan-Kettering Cancer Center in New York City. Julian was enrolled in a bi-valiant vaccine trial. He completed four rounds, however he relapsed a second time right before his first day of 3rd grade. He was enrolled into another trial at CHOP and began that in September 2013. He remained on it until February 2014, but was removed due to elevated liver enzymes. His doctor at CHOP sent his tumor to a specialized lab for testing and after the results returned, Julian was placed on a daily regimen of rapamycin and dasatanib. He remained on this until June 2014, when he had major progression and the team decided to do another two rounds of MIBG therapy followed by a stem cell rescue. He had great improvement and started daily chemotherapy at home. That lasted until January 2015, when he was listed in terminal condition. Their doctor at CHOP arranged for them to go to the National Institute of Health in Bethesda, MD, to be analyzed for a T cell trial. However, he did not qualify and they went home to Oswego, NY where Julian went on hospice. His family grew unsatisfied with Julian's care while on hospice, so they returned to CHOP and he was admitted in March 2015. He was given roughly two weeks at the most, but again Julian defied the odds. In June 2015, after a 100-day stay at the hospital, they moved Julian into a home in New Jersey and he was placed on hospice. He went to the aquarium, the zoo and even back to Disney now that he was out of the hospital. While at Disney though, Julian had a seizure and he was placed on a medi-flight the same day back to CHOP. On August 8, 2015, Julian gained his wings. He is forever 10 years old.

While Julian was alive, his family’s hopes were simple: one more day and a cure for their little man. Now, they have changed somewhat. Now, it is the hope for a cure so that no other parent has to go through all that they did.

In Julian's 10 short years, he lived each day filled with love and laughter. He never stopped fighting for a cure. When his hair grew in, his whole family would raise money and shave their heads in solidarity with him. He hosted lemonade stands, bought and delivered toys to the children's hospital and promised to never stop fighting for a cure.

Julian’s parents want others to know The Journey ahead is shaky and filled with lots of uncertainty. Keep looking forward. There is always hope, you just have to believe. Do not believe in statistics. Your child is unique and special. Always ask questions and be prepared. When you know what to expect the journey is a little easier and do not be afraid to ask for help.

They believe that Alex’s Lemonade Stand Foundation means a hope for a cure of course, but more importantly, the hope of better options. The doctors need grants to help further their research, without that research there is never going to be a cure. The family has supported that goal by holding their own lemonade stands and the Foundation helped them find lodging when they were unable to get into the Ronald McDonald house in Philadelphia or Camden. ALSF paid for their hotel stays and sent several gas cards to help with travel costs. That helped the family focus on getting Julian the treatment he needed without stressing about where they were going to stay.

Besides just the lemonade stand, Julian’s parents, Bray and Kristi, have spoken at several businesses about the importance of supporting childhood cancer research through ALSF.

Donate in Honor of Julian Today!