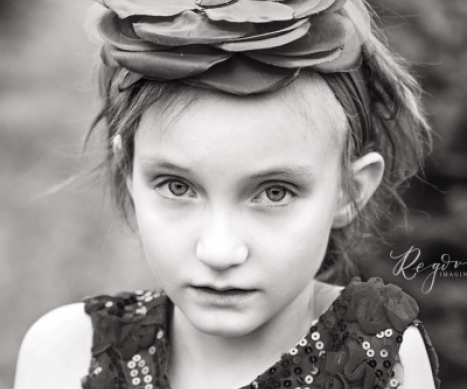 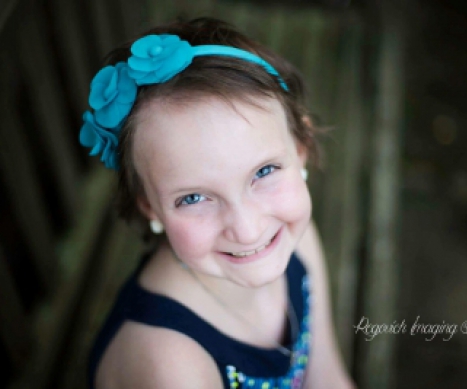 Kallie is a smart, beautiful, strong-willed 10 year old that is active in gymnastics, Girl Scouts and her favorite activity - softball. Right now she likes what most preteen girls do - unicorns, makeup and boys (sometimes).

The first few months after Kallie’s birth, she wasn’t gaining weight and slept quite often, which made her mom, Jennifer, worry. At one point, doctors did basic tests on Kallie, but everything seemed okay. Jennifer still had this nagging feeling that something wasn't right, but everyone including three pediatricians, dismissed her fears.

Despite Kallie’s occasional stomach aches, leg pain and digestion issues, Jennifer tried to relax because these were "common childhood complaints." Certain foods seemed to bother Kallie though, so they went to a gastroenterologist who recommended starting with an X-ray. Jennifer was pregnant at the time and Kallie was too scared to go in by herself, so they decided not to do one at that time.

Instead, the doctor set up an appointment for bloodwork and a celiac biopsy, which was negative. She asked Jennifer to follow up within the year for another test. In September of 2014, they took Kallie to the ER for stomach pain. At the time they thought that it was appendicitis, but the doctor diagnosed her with constipation. However, Jennifer had a feeling something wasn’t right and insisted on getting an X-ray, but the results were normal.

Four months later, Kallie started complaining of severe leg pain, mostly after being active. They went back to the doctor and she was diagnosed with Henoch-Schonlein purpura, a disorder that causes inflammation and bleeding in small blood vessels. Doctors said it was in response to a virus and that the blood vessels in her legs were leaking out.

One day, Kallie was sent to the ER because the doctor wanted to do an x-ray and additional bloodwork. Both tests were normal though. By this time Kallie had developed a pretty impressive rash on both legs, but their follow-up visit brought the same information: watch for kidney involvement or intussusception.

So when Kallie woke up two days later and could not urinate, Jennifer immediately called the pediatrician and asked if they should head to the ER. Instead, they said to bring Kallie into their office. The doctor asked Kallie to lay on the exam table and immediately noticed her distended abdomen. An ultrasound uncovered a large pelvic mass, confirmed by a CT scan to be a 15 cm neuroblastoma tumor.

By the time doctors found Kallie’s cancer, it had spread to her bone marrow. Kallie immediately started on chemotherapy. She has since done six high-dose rounds, a stem cell transplant, several surgeries, 12 rounds of radiation and five rounds of immunotherapy with many, many complications along the way. In August 2018, she completed a relapse prevention trial using the drug, DFMO. Jennifer has learned some important lessons during this, like the importance of letting Kallie still just be a kid.

Jennifer wants to watch Kallie grow up, desperately. She wants her to go off to college, move away and get married. Kallie will always be Jennifer’s baby, but their family’s main hope is for Kallie to remain cancer-free and live a long, healthy life with minimal side effects from treatment.

Kallie has endured more than anyone her family knows. Her determination is amazing. She has a true zest for life that makes her family so proud to call her their hero.

For any other families facing a similar diagnosis, they want to say that it’s a long journey that will forever change you, your family and your world. Surprisingly, not all of those changes are bad. You will appreciate life more than you ever did before with your child.

They believe in Alex’s Lemonade Stand Foundation (ALSF) because it gives Kallie and her family an outlet to funnel the disappointment they feel when they think of the lack of cancer research funding. They can actually do something about it and maybe, just maybe, a cure will come soon. Together, they’re making a difference by holding lemonade stands to support the cause.

Donate in Honor of Kallie Today!