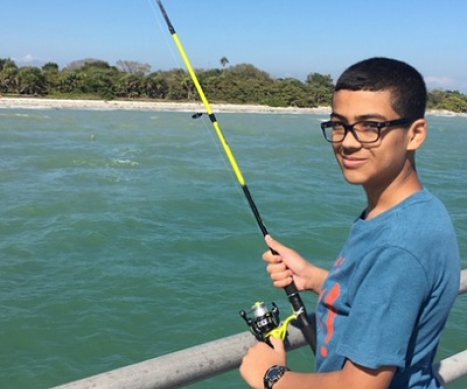 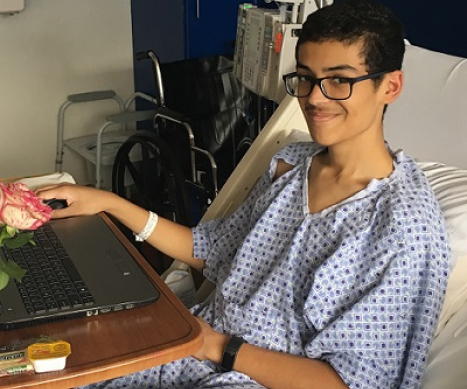 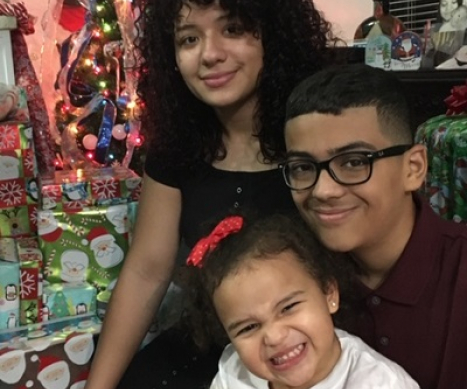 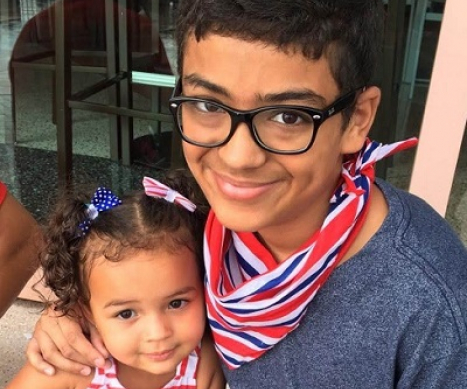 Unlike most 14-year-old kids, Misael hates pizza and loves school. His teachers describe him as a very kind and committed student. His curiosity and love of reading guide him in the classroom, but outside of it, Misael is a true outdoorsman. He may not be into sports, but he loves camping and nature, from the biggest plants to the smallest insects, and is a Boy Scout. At home, Misael acts as a protective brother to his sisters and a caring son to his parents. Humility and selflessness are at his core and Misael’s family feels blessed by the amount of laughter and joy he brings to their lives even while battling cancer.

Misael was used to getting nosebleeds from a very young age. However, before his diagnosis, he started getting them at such an intensity that the blood was clotting. After developing knee pain and fevers that wouldn’t go away, it was obvious that something was wrong. The pediatrician had an answer for everything: the nosebleeds were nothing new, the fevers were attributed to a virus, and the knee issues were growing pains. In another visit, his parents came with concerns of Misael being anemic, and perhaps that was why he had such low energy. The pediatrician said that all their healthy, growing boy needed was a little exercise.

Then the pain moved from Misael’s knee to his hip until he could no longer walk, much less exercise. His parents pleaded with the doctor to get Misael’s bloodwork done, and in less than a day, the family received devastating news at the oncologist’s office. Misael was diagnosed with acute lymphoblastic leukemia and admitted to the hospital for two weeks.

Since then, Misael has received treatment weekly at Saint Joseph’s Children’s Hospital. He takes chemotherapy through infusion and pills. He undergoes lumbar punctures and has had three bone marrow tests since his diagnosis in February 2020. Even at home, Misael has to be given shots.

Since Misael is a teenager, he is a high-risk patient, and a rarity in his leukemia prevents him from staying in remission. In spite of it all, Misael’s family remains hopeful. His parents dream that one day their son will beat this disease and not have to spend time worrying about his next phase of treatment. They wish for Misael to live a life full of love, happiness, health and faith where he may share both his story and his joy with others. They want to see Misael shine his light in a world that sometimes seems so dark.

Misael is the strongest person his mother, Jessica, has ever known. He displays his inner strength even when he is not expected to. He inspires others with his faith and selflessness and shines his light despite all the pain he endures. Misael is a reminder to his parents to love as they have been loved and to be merciful.

Misael’s family’s lives will never be the same, but the changes they face have brought them closer to one another. They want others facing these challenges to know that the journey is hard and full of uncertainty, but you will find courage where you didn’t think there was any and support when you least expect it. When it starts feeling as though nothing makes sense, Jessica wants to encourage others to pray for a miracle.

With the help of Alex’s Lemonade Stand Foundation, Misael’s family dreams of seeing an end to childhood cancer. They believe that by sharing the stories of kids like Misael, awareness and hope may be spread to those who need it most.

Donate in Honor of Misael Today!