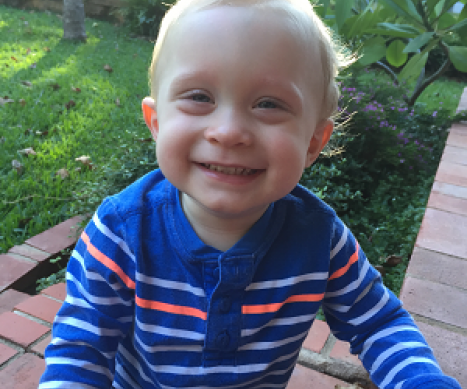 Sawyer is a very busy one-year-old. He loves animals and “vroom vrooms," and he's got some amazing dance moves!  He is the youngest of 8 children, so he's used to plenty of action.

Sawyer was a happy, healthy 7-month-old when he suddenly lost his cheerful personality and energy. His parents thought maybe it was because he was cutting 4 new teeth or was crabby from being off his usual schedule; but they were concerned enough to take him to the pediatrician to be checked out. Sawyer’s blood work showed an off-the-charts white count. He was sent straight to the ER and from there to the nearest children’s hospital (200 miles away in Dallas) via ambulance. He was diagnosed with Infant Pre-B ALL.  That day Sawyer was given less than 24 hours to live.

At the Children's hospital, Sawyer immediately underwent an emergency manual pheresis, followed by aggressive chemotherapy.  He achieved remission after his very first round, but spent more than half of the next year in the hospital. Currently his treatment requires monthly clinic visits in Dallas, as well as daily oral chemotherapy at home for 2 more years.

Sawyer fights because it's all he knows to do. His mom writes, “He loves BIG and he inspires everyone who meets him.” While it has been “crazy hard” they are getting through it one moment at a time, anchored by their faith in God and the encouragement and support from family, friends, and others in the pediatric cancer community. 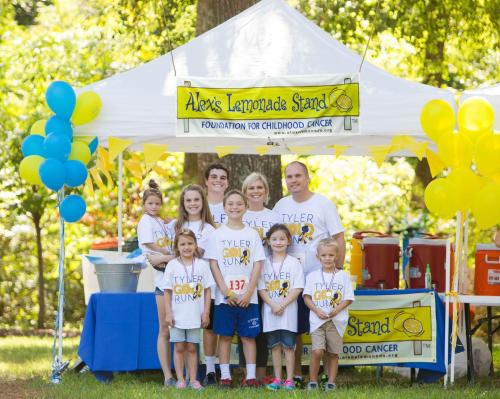 Donate in Honor of Sawyer Today!