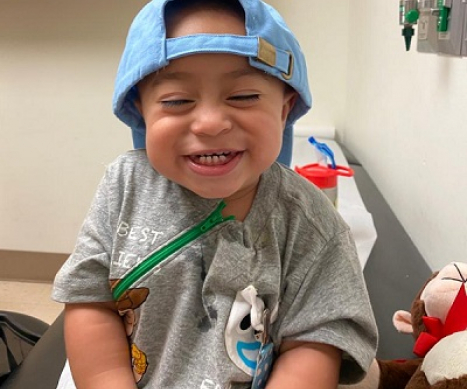 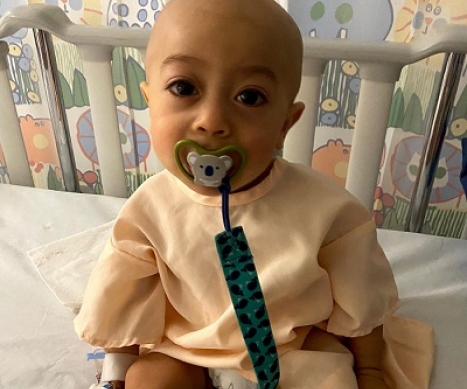 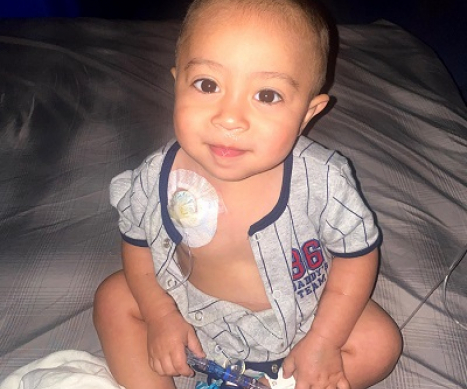 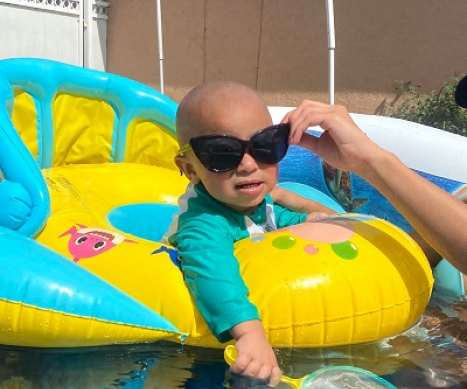 Sebastian is 1 year old and his favorite character is Mickey Mouse. He likes watching Paw Patrol and Cocomelon on YouTube, and he loves to make people smile. In the future, his family hopes he can go to school and become a policeman.

On January 18, 2020, at 9 months old, Sebastian’s doctor was concerned that he hadn’t gained any weight since his 6-month check-up. Two weeks later, Sebastian began throwing up everything he ate, so the next day he saw his pediatrician. This time Sebastian had lost weight. Then they found a lump on his right side. His parents took him to Nicklaus Children's Hospital in Miami, FL right away.

During an ultrasound, doctors found a mass. Sebastian was first transferred to the ICU to get his blood pressure under control, where he received a peripherally inserted central catheter line and an arterial line. After a CT scan, doctors said Sebastian needed a biopsy to confirm whether the tumor was cancer. The next morning, February 4, Sebastian was diagnosed with stage III neuroblastoma.

The tumor was so large it pressed down against Sebastian’s kidneys and was causing his high blood pressure. On February 7 he began chemotherapy. After two treatments, he had his first blood transfusion so he could be ready for the next round of chemo. By April 12 Sebastian had undergone four rounds of chemo, and on May 14 he braved a 10-hour surgery to remove 90% of the tumor. Unfortunately, the cancer was more aggressive than expected, and Sebastian needed two more rounds of strong chemotherapy to combat it. In November he had his central port removed due to infection and started on a chemotherapy pill.

Today, Sebastian is still fighting, and is his mom, Aidelyne’s hero because he is the strongest person she knows. To all the families facing a childhood cancer diagnosis, Aidelyne says that even if you don’t know what lies ahead, know to have all the faith in the world for your kid.

Alex’s Lemonade Stand Foundation has helped Sebastian’s family with groceries through the COVID-19 emergency fund. “ALSF is the future for us, and all children fighting this horrible war,” said Aidelyne.

Hero quote: "The past can hurt. But the way I see it, you can either run from it, or learn from it." — Rafiki, The Lion King

Donate in Honor of Sebastian Today!