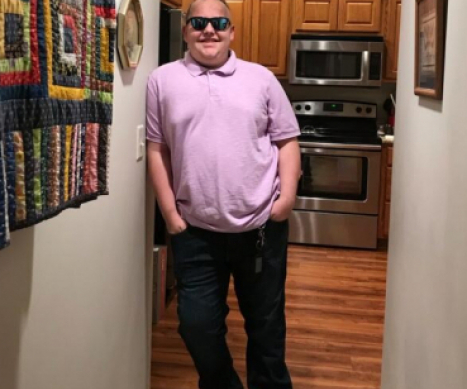 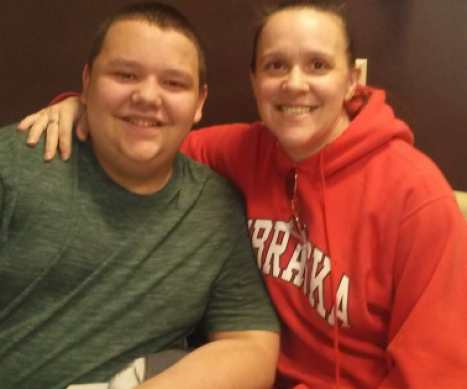 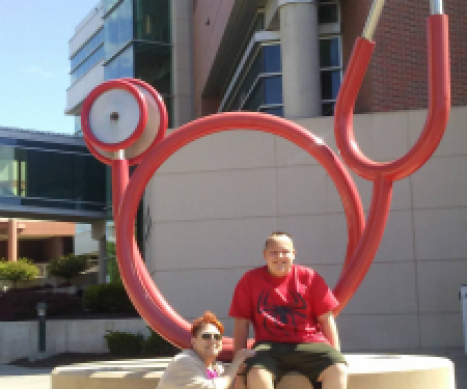 Get the facts about Glioblastoma Multiforme (GBM) and how our research projects are making a difference.

Wyatt was a clever teenager who could never pass on the opportunity to make a silly pun. He loved to go out skateboarding, bike riding or playing basketball, but also enjoyed staying in with his Rubix cube, wacky socks, Xbox and some music. He earned the title of Never Quiet Wyatt from his family because he loved to talk and wanted to constantly be around people. Even while he was away for treatment, Wyatt would always find time to video chat.

Wyatt was at the optometrist for a routine eye exam when the doctor realized something was wrong. It only took one look for the optometrist to end the appointment and send Wyatt straight to the emergency room. After a CT scan, he was transferred to Omaha Children’s Hospital in Nebraska. There, Wyatt received the news that he had grade IV glioblastoma multiforme. Luckily, between his mom, dad, siblings, aunts, friends, and his Grammy (who doubled as his best friend), he had an incredible support system. Every step of the way, they met Wyatt with such tender love and care by video chatting, calming nerves, bringing meals, or helping out with rides.

Treatment began with a biopsy, followed by tumor resection. Afterward, he simultaneously received oral chemotherapy and radiation five days a week. Wyatt took a short break before deciding that he wanted to be a part of a clinical trial in Michigan. Even if it didn’t cure him, he knew it would be worth it to get one step closer to finding a cure for others someday.

Sadly, Wyatt passed away in November 2020, but he will never be forgotten. His family dreams of a day when there is a cure for glioblastoma. They hope that in the future, his fight might make things easier for another child.

Wyatt’s family remembers him as a hero because he fought hard to the very end and never gave up hope. They admire his selfless attitude towards the clinical trial and remain in awe of how fiercely loving and protective he was of his family and friends amid his own hardships.

His mom, Jasmine, wants other families to know that in the beginning, everything may feel like a whirlwind, but you will always be surrounded by help and love: all you need to do is reach out and take it. She strongly believes in the value of a positive attitude because it can make a difference at any stage of the journey. “Cherish every moment and find joy in the small things,” she says.

Wyatt’s family believes that the steps taken by organizations like Alex’s Lemonade Stand Foundation (ALSF) are powerful, because every step toward a cure matters. They also appreciate how their support can ease the burden on childhood cancer families. ALSF was able to help Wyatt’s family with travel expenses like flights and hotel stays, so he could participate in the clinical trial. Jasmine says that ALSF “helped give us precious extra time with Wyatt that we would have not had otherwise.”

Hero Quote: “You may see me struggle, but you will never see me quit.”-Tom Coleman