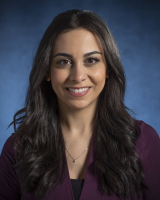 Bone marrow transplantation, also known as hematopoietic stem cell transplantation (HSCT) is the only curative treatment for many malignant disorders, such as aggressive types of leukemia and lymphoma. It is also increasingly used to treat disorders other than cancer. Unfortunately, successful outcomes following HSCT can be limited by either cancer relapse, or graft-versus-host disease (GVHD), a complication wherein the new, donor, immune system attacks the patient causing significant multi-organ injury and dysfunction, which can be fatal. Of interest, such graft-versus-host effects can be beneficial when residual cancer cells are targeted, a process known as graft-versus-tumor (GVT) activity. While progress has been made in our understanding of GVHD, significant improvements in the treatment and prevention of GVHD that will also allow for continued GVT effects have yet to be fully appreciated.

Project Goal:
Our project aims to better understand and identify new strategies to control GVHD and optimize GVT activity in order to reduce relapse rates and improve outcome for cancer patients undergoing HSCT. It is well known that T lymphocytes, a type of white blood cell, play a major role in the development of GVHD and GVT activity. We also know that one way that our body controls the function of T cells, is through a DNA change called DNA methylation. DNA methylation is not only an important way of regulating T cell function (and therefore, we believe, GVHD and GVT activity) but also could be a great target for future therapies because it is reversible with medications that are already available (called demethylating agents). In this project, we will use mice that have been genetically engineered so that they are unable to control their T cells via DNA methylation. We will use these mice as donors in HSCT experiments and then study GVHD and GVT effects that occur in groups of mice that receive the engineered T cells as compared to mice that receive “normal” T cells. This will allow us to directly examine the effect that methylation has on GVHD and GVT activity and therefore identify new ways in which to improve outcomes for patients who require a bone marrow transplantation.