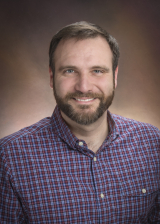 High-grade pediatric gliomas (brain tumors) are a devastating disease. Mutation analysis on large cohorts of tumors has identified a number of commonly mutated genes in pediatric high-grade gliomas. However, it often remains unclear if these mutated genes play an important role in tumor formation and if they potentially confer a therapeutic sensitivity. In the current project, we are aiming to understand how mutations in two of these genes, the tumor suppressors NF1 and SETD2, cooperate to form tumors. First, we developed accurate mouse models, which allowed us to prove that NF1 and SETD2 are important for pediatric high-grade glioma formation. Then, it will allow us to test some promising preclinical therapies in these mice, including immunotherapy. Intriguingly, we found that the downstream effectors of NF1 play an important role in regulating the activity of SETD2, something that has not been observed before.

Understanding exactly how both genes interact is important, not only to understand SETD2's and NF1's function in normal cells but also to enhance our knowledge of how they function as drivers of pediatric high-grade glioma.