Role of the macro lncRNA KCNQ1OT1 in embryonal rhabdomyosarcoma tumorigenesis 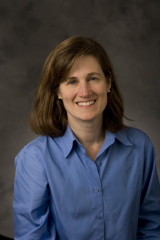 Embryonal rhabdomyosarcoma (ERMS) is a soft tissue cancer with features of skeletal muscle, and the most common soft tissue connective cancer of childhood. While the medical community has made great strides in improving care and cure for children with ERMS, there remains a group of children with high-risk disease who only survive their cancer about one third of the time. To develop new treatments for these children, it is important to understand what mutations their ERMS tumors carry. However, some ERMS tumors don't carry any abnormalities in their protein-coding genes, only in genes that code for very long, string-like RNAs (RNAs are related to DNA, but are more fragile). One of these mysterious string-liked RNAs is called KCNQ1OT1.

In this work, we propose to understand how KCNQ1OT1 contributes to ERMS tumor formation, what genetic programs KCNQ1OT1 triggers, and how KCNQ1OT1 can be targeted therapeutically. Our long-term goal is to find a way for every child with ERMS, regardless of the mutations or abnormalities in their tumors, to be able to have a medicine to improve their chances of survival.

Co-funded by:
Tap Cancer Out