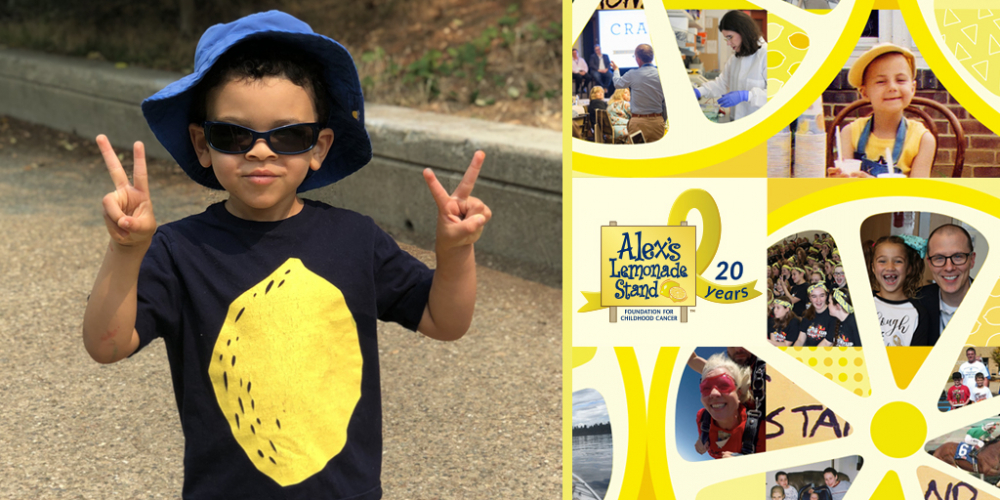 Quincy was just 4 months old when he developed a strange rash. That rash led to blood work; which then led to an explanation for the rash.

The odds for Quincy were shaky, at best.

His doctors began frontline treatment — high doses of chemotherapy that would hopefully push Quincy into remission and make him well enough for a bone marrow transplant.

Quincy had dose after dose. He kept getting sicker. Quincy’s mom Lara had to nurse him around the clock because his spleen (enlarged by the leukemia cells in his blood) was constricting his stomach.

“One of our doctors told us that Quincy was dying,” said Lara. “We had to do something.”

There was one test that Quincy’s doctors — two Alex’s Lemonade Stand Foundation (ALSF)-funded researchers at the University of California San Francisco (UCSF), Dr. Mignon Loh and Dr. Elliot Stieglitz, thought they should try — an in-depth genetic test that could give doctors valuable insight into what mutation was driving Quincy’s leukemia.

ALSF funds the USCF clinical trial program through its Center of Excellence grants, which provide invaluable, long-term infrastructure funding designed to support and accelerate the pace of clinical trial development and enrollments.

The test revealed a rare mutation in Quincy’s cancer, one that had never been seen before in JMML, but had been seen in adult live and kidney cancers.

And, there happened to be an FDA-approved drug already in use for adults. Doctors asked for his family’s permission to try the drug on the Quincy.

“By the time the first course completed, they couldn’t find leukemia in his body.

I couldn’t even believe it was possible,” said Lara.

Quincy continued on the drug, and in combination with chemotherapy, was able to reach remission and have the bone marrow transplant he needed.

Quincy is now 4 years old and every milestone — from first steps to first words to first days of school have been made possible by research funded by ALSF.

Dr. Loh attributes these “extraordinary discoveries” to ALSF’s investment in the infrastructure of UCSF.