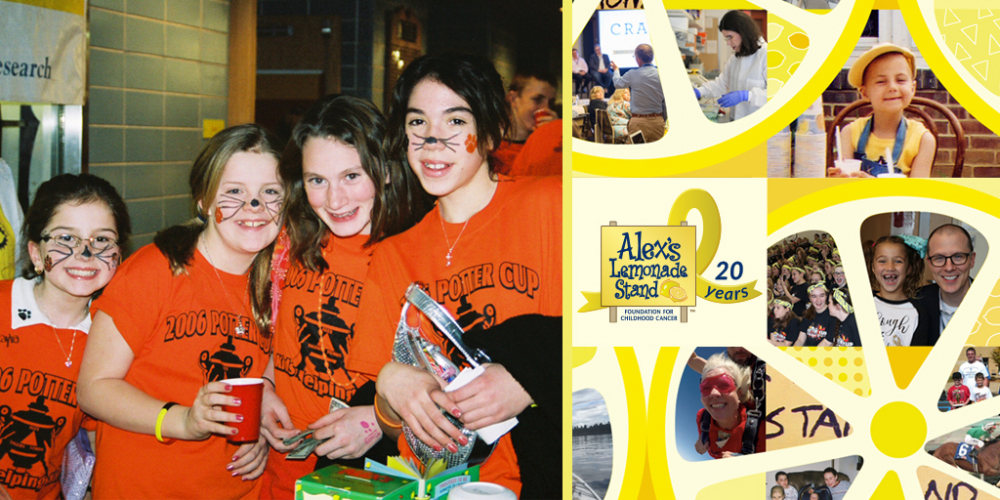 Legend has it that the Potter Cup once belonged to the most valiant and noble of teams who reigned victorious in cold-weather games of strength and agility. After many years of exemplifying triumph, the trophy was lost and didn’t resurface again until a dire need arose. When the Paxon Hollow Middle School (PHMS) athletic director recovered it from the depths of an old storage closet, he and the nearby Haverford School athletic director knew it was time to revive an ancient tradition. There was only one thing left to do: let the games begin.

When Paxon Hollow Middle School and Haverford Middle School (HMS), located outside Philadelphia, collaborated to create an annual event called The Potter Cup, they hoped to boost school spirit and stir up interest in their winter sports teams. Their plan was to hold three sporting events – women’s basketball, men’s basketball and wrestling – allowing students from the two local school districts to compete for the ultimate trophy.

The first Potter Cup was a success with 400 students in attendance and $3,000 raised for school activities, but Bill Booth, HMS Athletic Director, felt the cup calling to him for a higher purpose. He decided to seek out a nearby charity that the kids could relate to. When he heard the story of a local little girl who started a lemonade stand to raise money for pediatric cancer research, he knew that Alex’s Lemonade Stand Foundation (ALSF) would be a perfect fit.

The two schools expanded the event, offering food, 50 carnival games and a spectator spot in the bleachers for an admission fee. The pep rally became an opening act, getting students excited with performances from cheerleaders, dance teams, and faculty between games. Even the Philly Fanatic joined in the fun! All the anticipation, entertainment, and fundraising brought 1,800 students and $20,500 together for ALSF that second year. Students were taught valuable lessons in sportsmanship, learned about childhood cancer through inspiring storytelling and put rivalry aside to join forces and achieve a greater purpose.

Since the games began in 2005, HMS and PHMS have raised nearly half a million dollars for ALSF. Their event also raises crucial awareness and teaches students about compassion and generosity. Every year Alex’s parents, Liz and Jay Scott, are invited to share their daughter’s story with the schools. Their speech inspires kids to see the event as more than fun and games – it’s an opportunity to support children their age who are fighting much bigger battles than those they see on the basketball court. In classrooms, some teachers familiarize students with ALSF’s research funding and explain what cancer is in preparation for the event.

Every year, PHMS and HMS continue to expand and improve the Potter Cup. The money they raise not only provides financial support to kids who are fighting for their lives, but funds vital research into safer, more effective treatment methods that bring us closer to a cure.

The recent pandemic has created many obstacles for families dealing with a cancer diagnosis. As life-saving research projects face major setbacks, organizations like ALSF need support now more than ever. Alex Scott believed that every donation counts, and these students exemplify the idea that anyone can make a difference. Now, the Potter Cup’s purpose is not merely to serve as a token of achievement, but to ring out as a call to action. A call to compete, collaborate, and celebrate the joys of life by saving someone else’s.