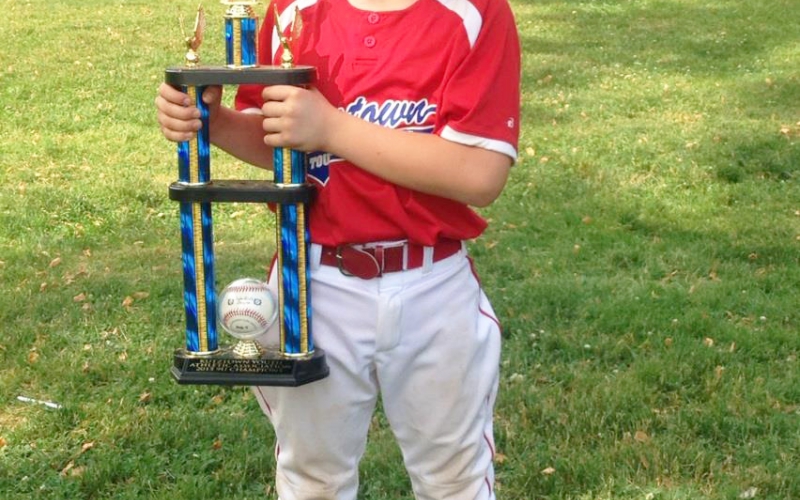 Meet Zach Witt, a 10-year old who loves baseball.
When Zach was 5 years old, he was diagnosed with anaplastic large cell lymphoma (ALCL), an extremely rare type of non-Hodgkins lymphoma. While still in treatment, Zach’s lymphoma relapsed. As Zach became sicker and his prognosis worsened, his parents felt out of options. Traditional chemotherapy was not working and, in fact, was making Zach sicker.  Zach was weak and his body failing.

It was a race against time.

Understanding Zach’s Disease.
ALCL accounts for ten percent of all childhood lymphomas. ALCL, like all lymphomas, is a cancer that affects the cells of the immune system, specifically a type of white blood cell called lymphocytes.  ALCL can first manifest itself with flu-like symptoms that disappear and reappear at random. It can also cause swelling of the lymph nodes in the neck, armpit and less frequently, the groin.

One day, Zach complained that a bump on his arm hurt. His parents discovered a large bump in his armpit. Within a few days and after diagnostic testing, Zach had a diagnosis - ALCL.   Treatment began immediately and Zach was in and out of the hospital for months.

While the chemotherapy made him sick, his cancer seemed to be responding.

Then, quite suddenly, Zach developed flu-like symptoms.  Doctors confirmed that his cancer had relapsed.

Desperate for a Breakthrough.
As Zach continued to decline, it was clear that the standard chemotherapy protocol was not forcing his cancer into remission.  Zach was quickly running out of options.

Doctors told Zach’s parents about a promising clinical trial using a drug called crizotinib, which was traditionally used to treat lung cancer in adults. Doctors thought this new treatment could work for Zach.  It was the last sliver of hope for Zach. His parents took the risk. Within a few days, Zach was running up and down the halls of the hospital.

MEET ZACH - WATCH THE VIDEO BELOW

The Science.
Genetic testing has become a powerful tool in the prevention and treatment of cancer.  After diagnosis, genetic testing that help doctors pinpoint targeted treatments that may lead to a cure.

Genetic testing revealed that Zach’s cancer was fueled by an abnormal gene called ALK. Other types of cancer, including neuroblastoma, lung, renal and soft tissue cancers, are also ALK positive.

The Breakthrough.
Funded by Alex’s Lemonade Stand Foundation, researchers at Children’s Hospital of Philadelphia theorized that crizotinib, which was approved in 2011 to treat lung cancer in adults, could be the hope children battling ALK-positive lymphoma needed.  Crizotinib inhibits the ALK gene, stopping it from fueling cancer growth.  Yael Mosse, MD, led the research team.

Nearly 30 children enrolled in the clinical trial, including Zach. And he was not the only child who got their cure—seven out of eight children enrolled in the trial with the same type of cancer as Zach received the same miraculous results.  Crizotinib is targeted therapy; as a result it has fewer effects on healthy tissue.  Unlike traditional IV chemotherapy, crizotinib is a pill and has minimal toxicities associated with it. Within days of taking the pill, children had reduced fevers, chills and pains.

More Breakthroughs, One Cup At A Time.
Research into the ALK gene’s role in ALCL was funded one cup at a time, by our generous supporters. There are over a dozen different types and countless subtypes of childhood cancer. By studying specific genes that cause childhood cancers and developing treatments to target them, we can find safer, more effective cures. ALSF’s research grants program selects the most promising, innovative programs to fund.

Cooper faced something pretty terrifying at a young age, when he was diagnosed with stage IV Wilms tumor, a type of kidney cancer, in August 2012 at just 4 years old. Today, he is committed to giving back and raising $1 million just like Alex did.
Read more »