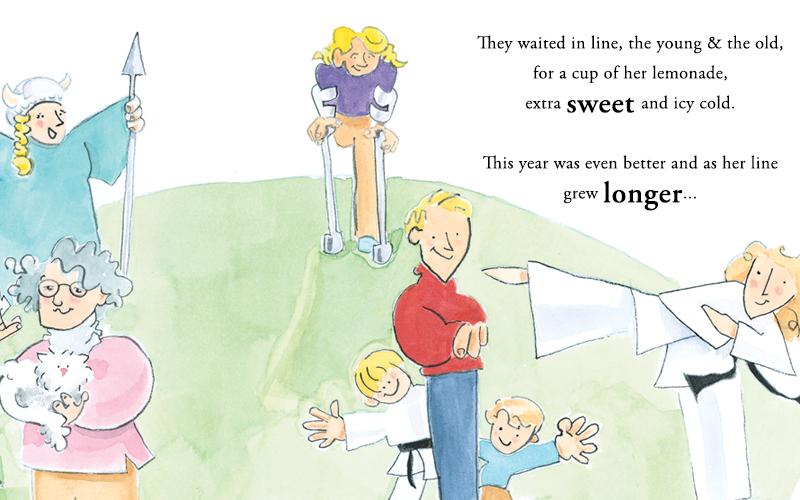 Lisa was not just a nurse. She was also a childhood cancer hero. First, she battled Ewing’s sarcoma when she was ten.  Then in college, Lisa relapsed with osteosarcoma and lost her leg to the disease. As an adult, she battled cancer twice more—beating it each time.

Lisa was also the fastest nurse on the oncology floor—even on her crutches. She was a joy and understood how Alex and other kids battling cancer needed to be cared for—because she was once in their position.

Lisa died in December 2016—not from cancer, but from side effects of treatment. Her body was so beat up from fighting cancers with chemotherapy and radiation. Lisa’s story is another example of why we do what we do at ALSF—we need better and less toxic treatments so kids not only survive, but they thrive and continue to live long healthy lives.

A few years ago, Lisa was honored with the Pitcher of Hope Award, an award that Children’s Hospital of Philadelphia (CHOP) gives out to someone who has had an impact on the CHOP Oncology Department. Her awards ceremony included a flash mob—something she always wanted to be a part of. One of our Scientific Advisory Board members, Dr. Garrett Brodeur, even joined the flash mob. Here's a video:

Lisa’s legacy of turning lemons into lemonade lives on in the nurses she inspired, the patients she cared for and the families she loved each and every day.

Nurses Week is celebrated each year in May to honor the amazing nurses, like Lisa, who do so much for their patients. Do you have a story of an amazing nurse? Share it with us on Facebook. You can read more about Lisa here.