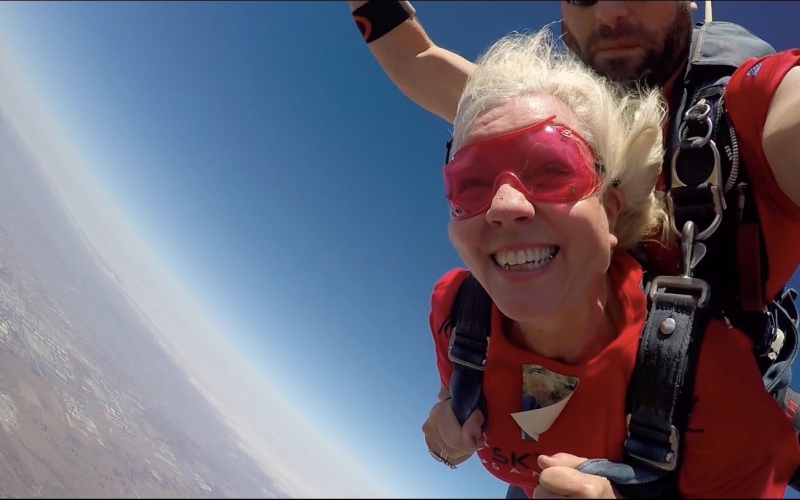 There are many different ways people support Alex’s Lemonade Stand Foundation and the fight against childhood cancer, but some people go above and beyond with their crazy fundraising ideas. ALSF always encourages people to get creative and here are 10 of the most unique ways supporters have helped fight childhood cancer.

Rebecca Byrom (aka Grandma Bee) wanted to support her grandson Alex, who was diagnosed with osteosarcoma in 2016. Since Alex faced his scary situation so bravely, she wanted to do something that scared her: skydiving! Despite being over 70 years old, both she and her husband Tom leapt from a plane in San Diego last July. With over $28,000 raised, facing her fears certainly paid off for Grandma Bee as she made a huge impact for kids with cancer.

2. Sleeping On a Roof 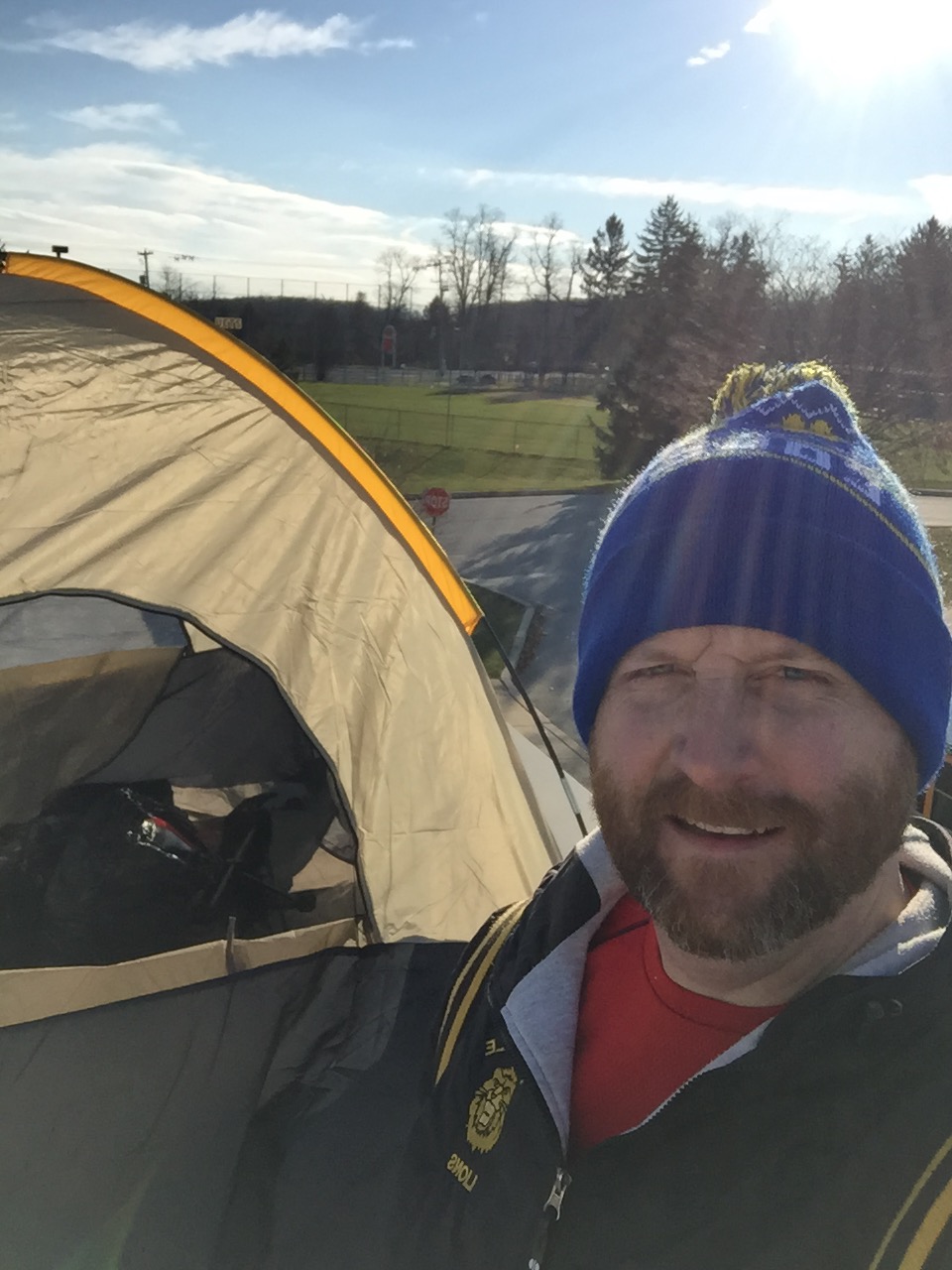 Lionville Middle School Principal Jon Ross is a man of his word. So when he told his students and staff that if they raised $7,500 for Alex’s Lemonade Stand Foundation he would sleep on the school’s roof for a night, he meant it. The students did their part and Ross remained on the roof all night with just a tent and sleeping bag in the chilly December weather. 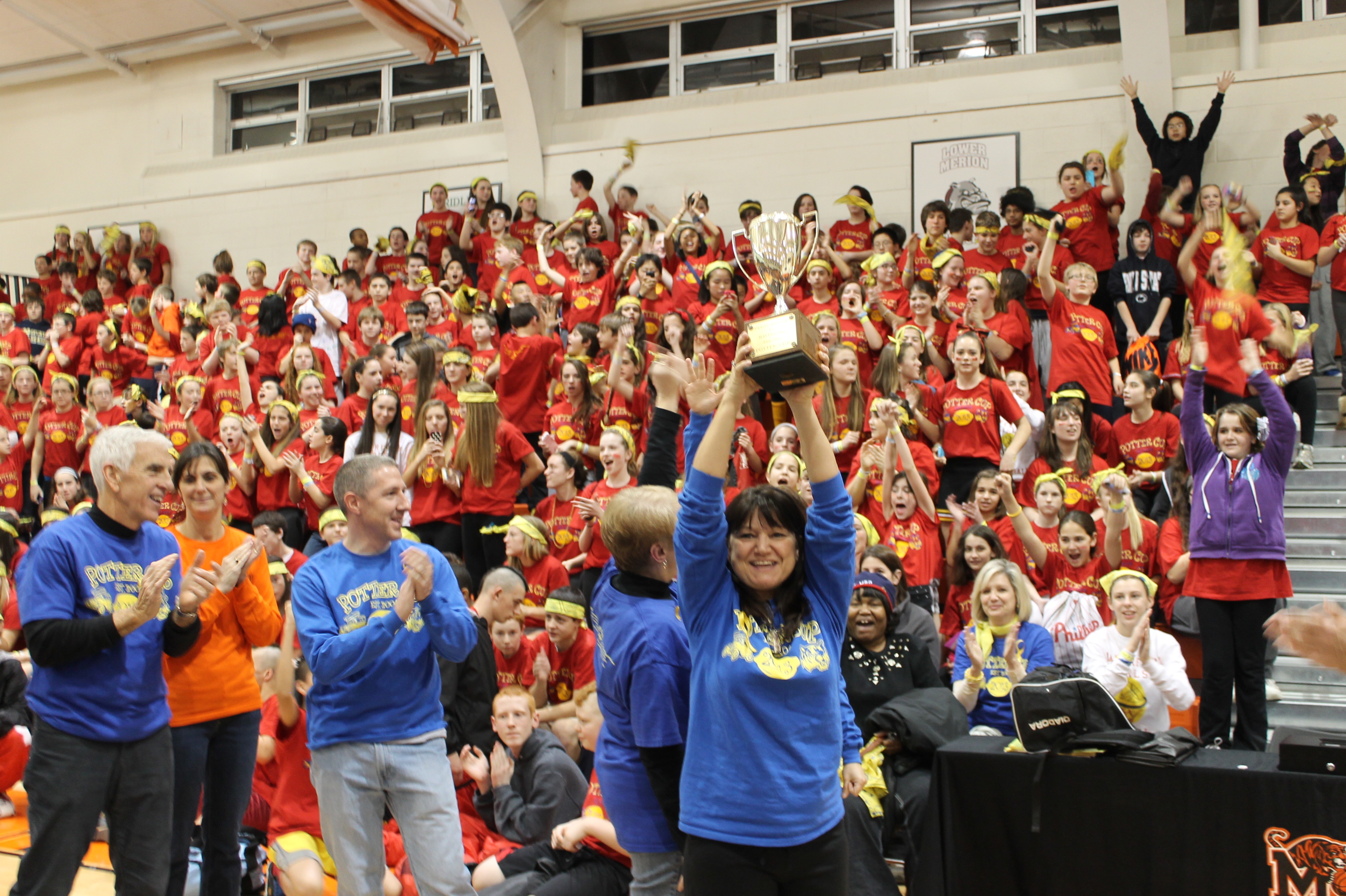 What started as a friendly fundraising competition between rival middle schools, Paxon Hollow and Haverford in Pennsylvania, has grown exponentially. Each year, around 2,000 students gather for The Potter Cup, a lemonade laden event with carnival games and competitive sports. Following an inspirational pep rally, the schools compete in basketball and wrestling as students cheer on their classmates. Since it started fundraising for ALSF in 2005, the Potter Cup has raised over $400,000! 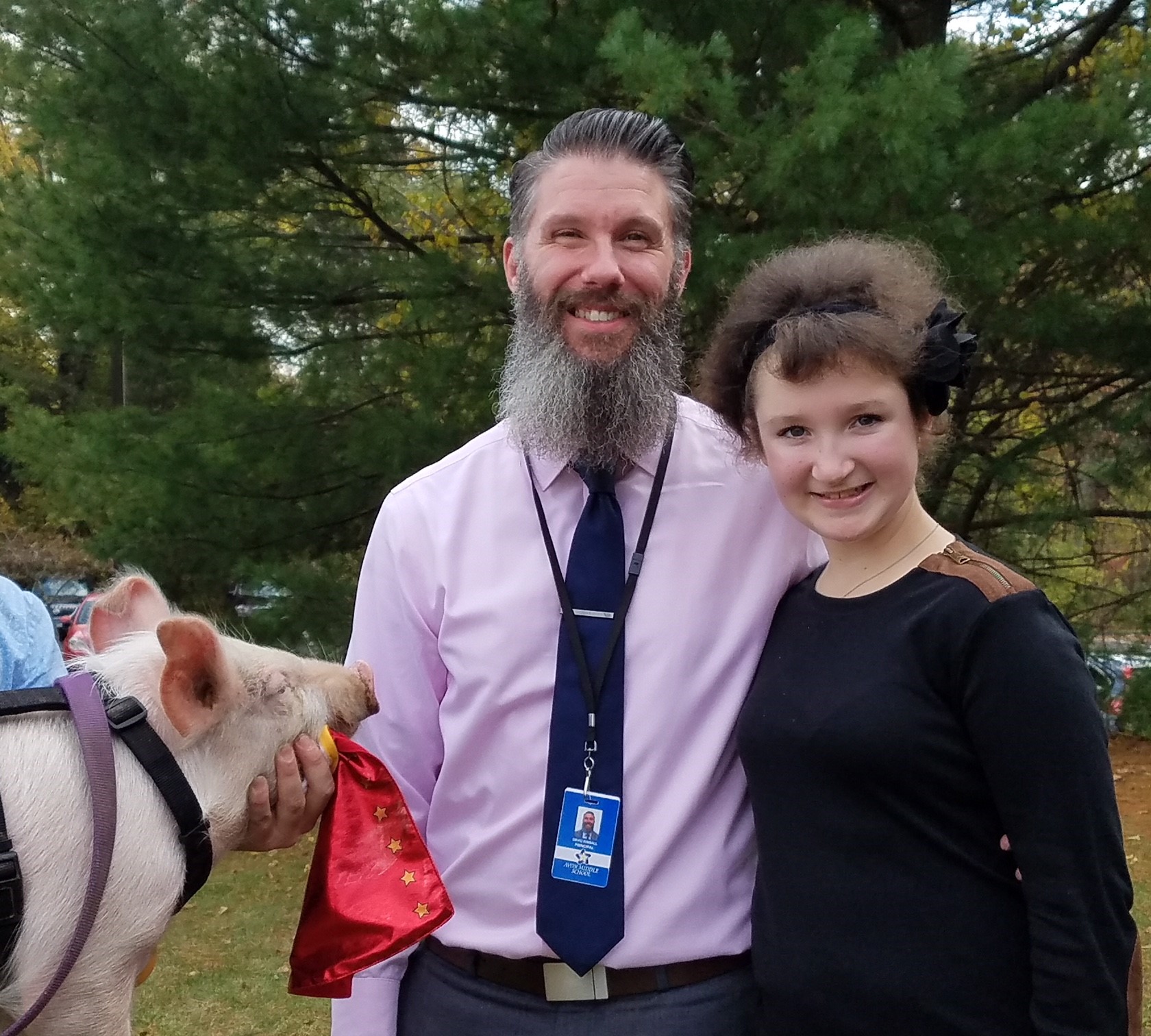 Not many people would be brave enough to give a pig a peck with their lips, but in Connecticut, Avon Middle School principal David Kimball made good on his promise to kiss an oinker after his students raised over $1,500  for ALSF. Even their janitor and vice principal got in on the animal smooching too and kissed a goat and calf after students hit their fundraising goals. 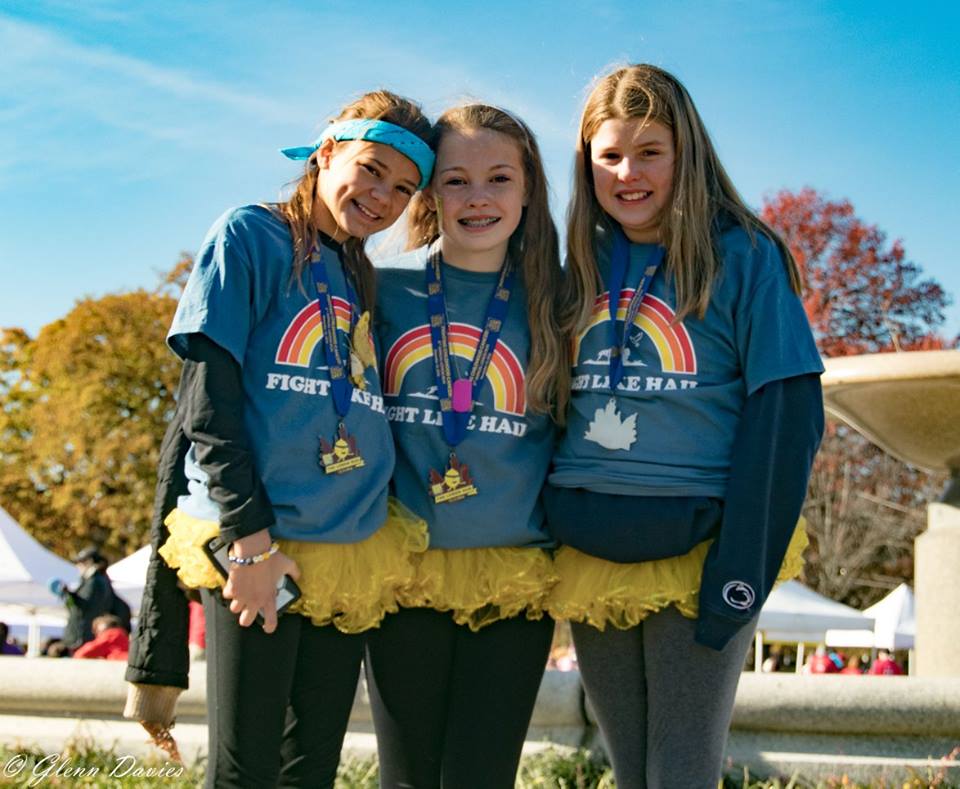 Yellow tutus are commonplace at ALSF events, but it’s not often you get hundreds of folks wearing them together. That was the case at the Cancer Can Kiss My Tutu 5K in Rapid City, SD. Several cancer survivors even ran at the event, but everyone crossed the finish line having raised funds and awareness thanks to their colorful outfits. 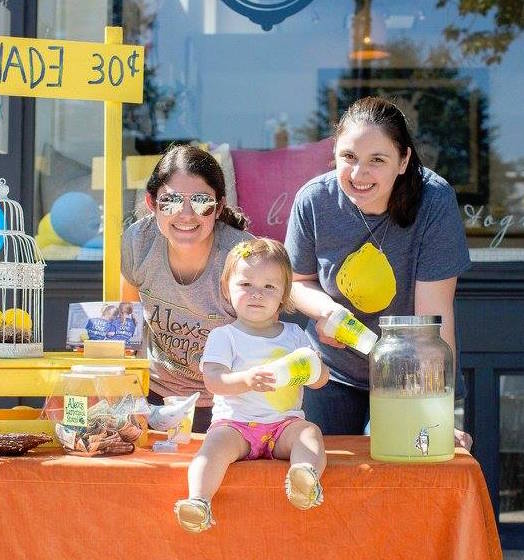 Why would anyone want to ruin a perfectly good cake? To raise money for childhood cancer research of course! At a cake smashing event at The Ultimate Bake Shoppe in Wayne, PA, they did just that by clobbering cakes aplenty and raising nearly $500. They even snapped photos of the frosting covered participants. 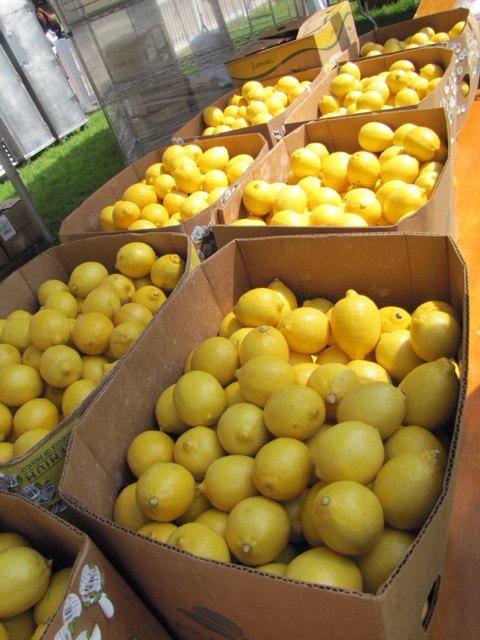 When Ellwood City and Beaver Falls high schools were about to face off in football last fall, two teachers who are siblings—one at each school-- decided to make things interesting. They created the Lemon Toss Challenge and organized fundraising events before the main event at halftime of the game. Two teachers threw footballs painted yellow (to look like lemons) into garbage bins that represented a lemonade pitcher. The losing teacher had to wear a shirt from the opposing school.

Most people enjoy playing video games for a few hours or two, but it’s not often people play for 24 hours straight. That’s precisely what a group of employees from Power Home Remodeling Group did. Viewers could watch the entire session via a livestream. They also played a game that tells the story of a family facing a child’s diagnosis with cancer. The event raised over $2,200. 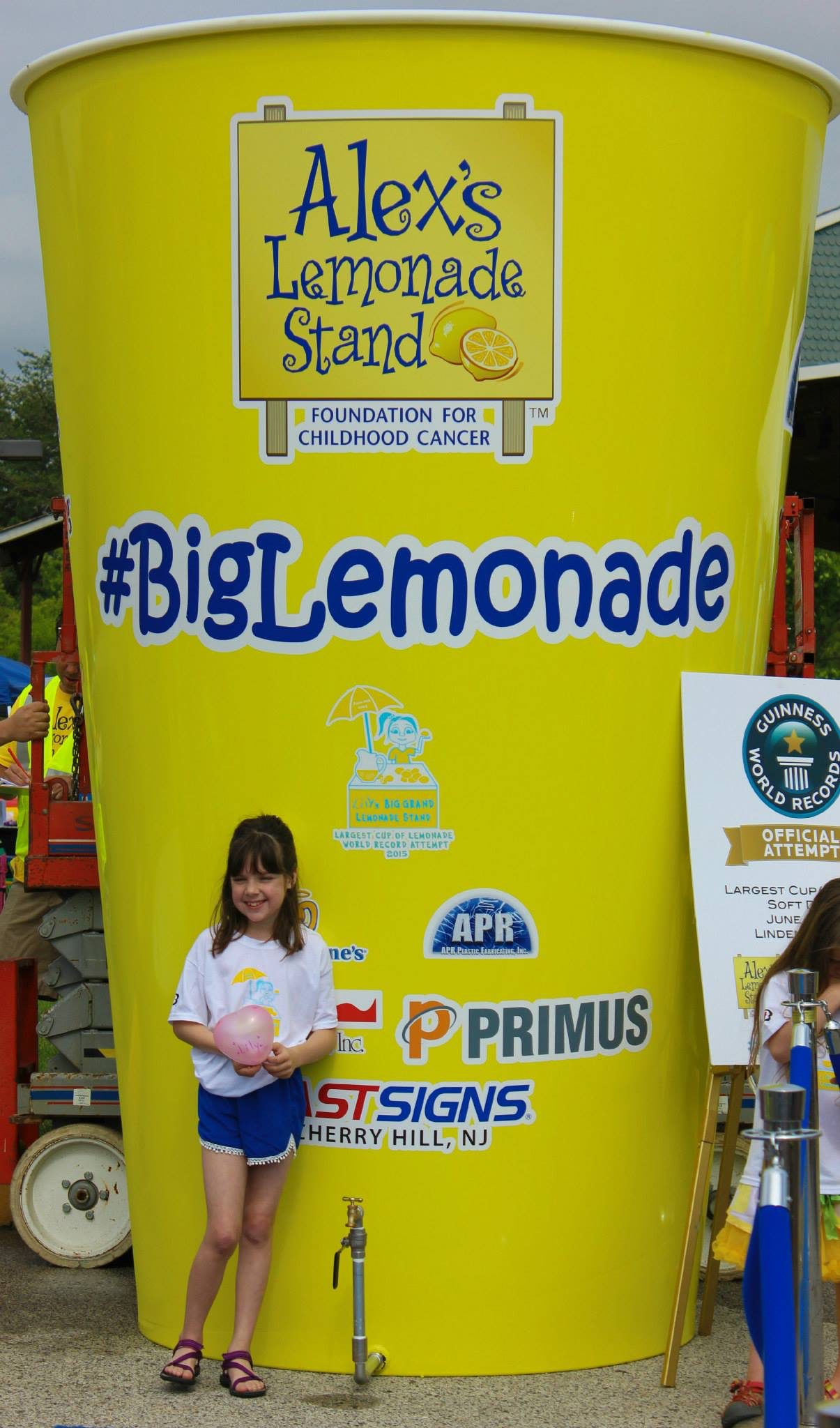 World records are made to be broken, and the Adkins family grandstand has done just that for two years in a row! In 2016, they created #BigLemonade, the world’s largest cup of Alex's lemonade ever (10 feet tall and filled with over 1,700 gallons of lemonade) and followed it up last year with the world record for the longest line of lemonade stands (over 500 feet of lemonade stands!). Who knows what record they will make (or break) this year?!

Managing a scruffy beard can be annoying, but it was well worth it to Rob Jensen, an army veteran and lawyer who didn’t shave for an entire year and raised over $12,000. His “caveman year” was inspired by a friend’s daughter who was fighting cancer for the third time and his no-shave dedication never wavered!

Looking for more ways to fundraise? Check out our list of non-lemonade stand events and get started.