The last stand that Alex would attend was held at her elementary school, Penn Wynne Elementary School in Wynnewood, Pennsylvania.  Penn Wynne still hosts Alex’s “Original” Lemonade Stand on a Saturday in early June. Each year, Alex's "Original" kicks off Lemonade Days –a full week of supporter lemonade stands hosted in front yards, at schools, businesses and in communities all across the country.

We spoke with Alex’s parents about the early days of Alex’s Lemonade Stand Foundation and how Alex’s “Original” got its start.

What are the origins of Alex’s big idea for a lemonade stand?

Jay:
Alex was 3-years-old and after many sit-downs with the doctors who offered us little hope, we heard of another doctor and an experimental treatment at Children’s Hospital of Philadelphia (CHOP). We made the trip and after Alex finished the treatment, she told us it had worked. She knew she felt better. Alex felt so good and I guess that gave her the idea that there was more to be done as far as research went.

Liz:
We got home and Alex said just randomly, “Can I have a lemonade stand?” I didn’t think much of the request. It was the wintertime and it was cold outside, so I just told her we could when it got warmer.

Jay:
Alex kept asking. First, it was once a month, then once a week, then eventually once a day. Finally, Liz asked her “What is it you want to buy so badly?”

And when you asked her what she wanted, what did she say?

Liz:
She said she did not want anything. Alex said she wanted to help her doctors help kids like they had helped her. I was proud of her. But honestly, I thought it was adorable that she thought she could solve a big problem like cancer with a simple thing like a lemonade stand. 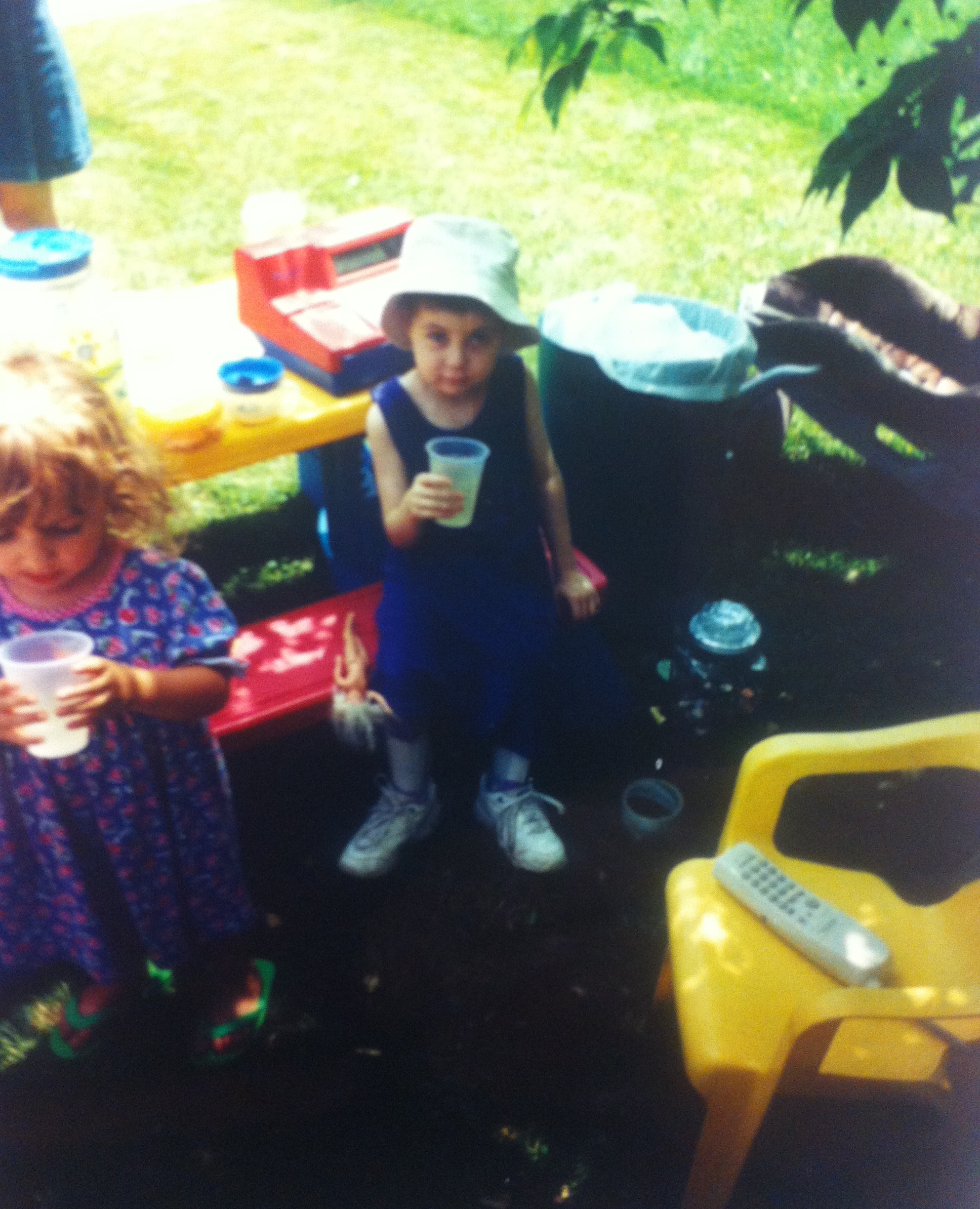 Tell me about building her original stand.

Jay:
Her first stand was just a little plastic kid-sized picnic table, one pitcher of lemonade and some handmade posters that Liz and the kids had made. It was nothing elaborate or that required a lot of time to build. We still tell people today that they can certainly build a DIY lemonade stand if they want, but they do not have to – it can be as simple as a decorated table!

Liz:
We had her first stand in Connecticut before we moved to Philadelphia. Friends and family showed up and remarkably, total strangers came as well. We were blown away by the generosity of people and shocked that Alex was able to raise $2,000 with her stand that day. When I tucked her in at night, she told me that it was the best thing that ever happened to her. I knew then that it was really important to her – more than I had realized.

Jay:
It was amazing, people came, some with smiles, some with tears, but they kept coming and coming! I had never seen anything like it before -- certainly not a lemonade stand like that before.

What did Alex want you to do with the money?

Liz:
For the first few years of her stand, we donated it to neuroblastoma research at her hospital, since she was battling neuroblastoma herself that made sense to me. One day, Alex asked me what we were doing with the money and when I told her, she said “That is so selfish. All kids want their tumors to go away. We should be giving to all hospitals for all kinds of kids' cancers.”

I knew then that she was right; this was not about finding a cure for her. It was about truly making a difference for all kids with cancer.

How did Alex’s Lemonade Days evolve? 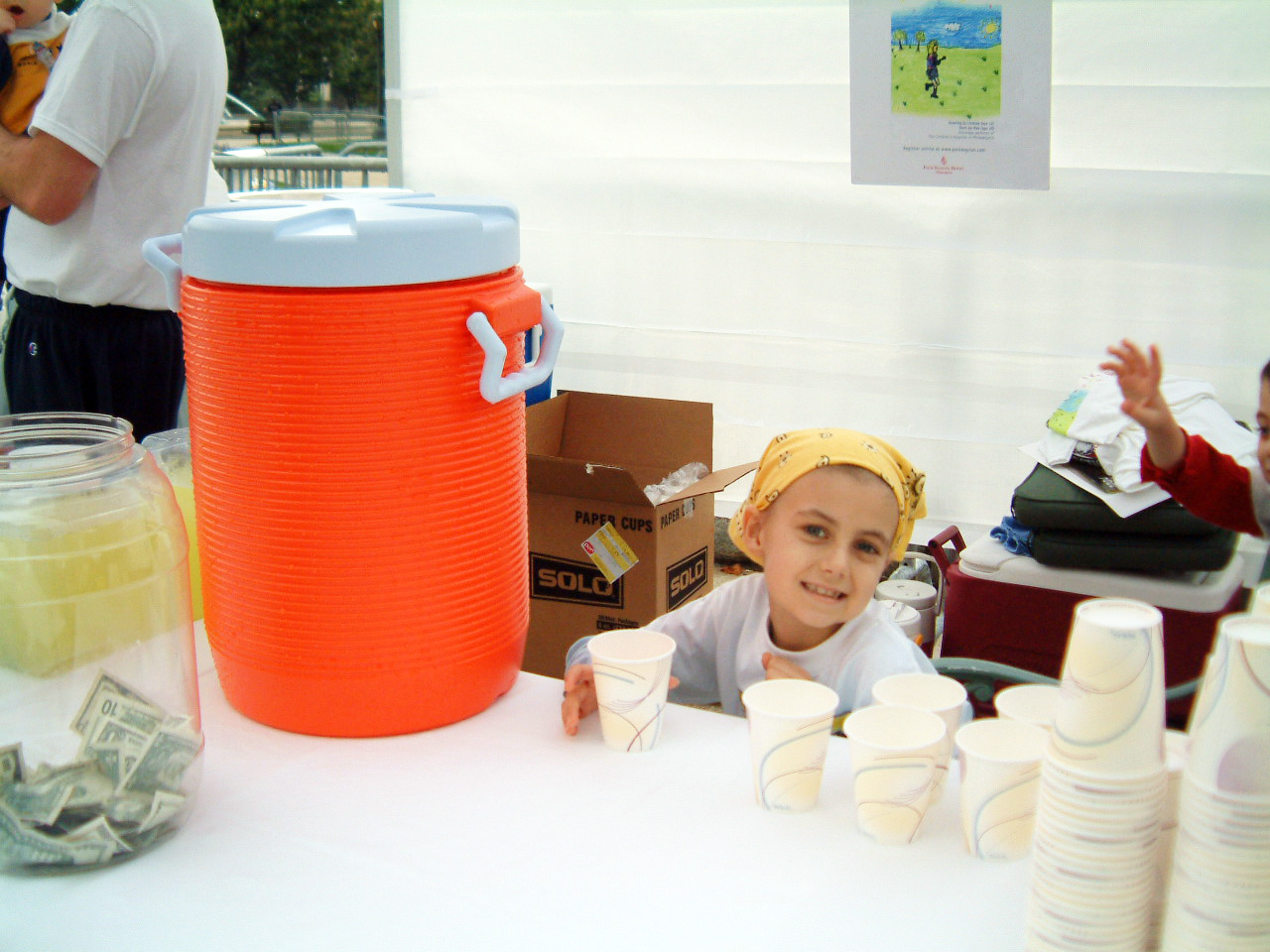 Liz:
Alex’s first stand was held in our front yard in Connecticut. Then, when we moved the Philadelphia area in 2001, Alex had all of her stands in our neighborhood outside of Philadelphia. The Philadelphia Inquirer ran a story on her second Philly stand in 2002 and that is when things really started to take off. People started sending money to her from all over the country and they were holding their own lemonade stands as well.

Jay:
Alex kept holding stands in our front yard. Each year, she raised more money and her efforts were growing and growing. However, by 2004 the experimental treatments had stopped working. That is when Alex became even more determined to change things for other kids with cancer – she wanted to have one last stand and she set a goal of raising $1 million! When we asked her how she would raise a million dollars with a lemonade stand, she said, “If everyone has lemonade stands, I think we can do it.” That was the beginning of Lemonade Days—Alex really created that event.

It was incredible how people answered Alex’s call to action. Alex was on the Today show and so many other news outlets. They were contacting us and telling us they were going to hold a lemonade stand. On the same day as her last stand, there were stands all across the country and donations flooded in. She was able to reach her goal by mid-July 2004 (with big help from Volvo, who took her over her goal with a big donation). She passed away just 2 weeks later on August 1st — and I am so grateful that her final goal was met, that she was able to see the incredible support. I like to think that she knew it would continue without her, until the day when all children with cancer are cured. 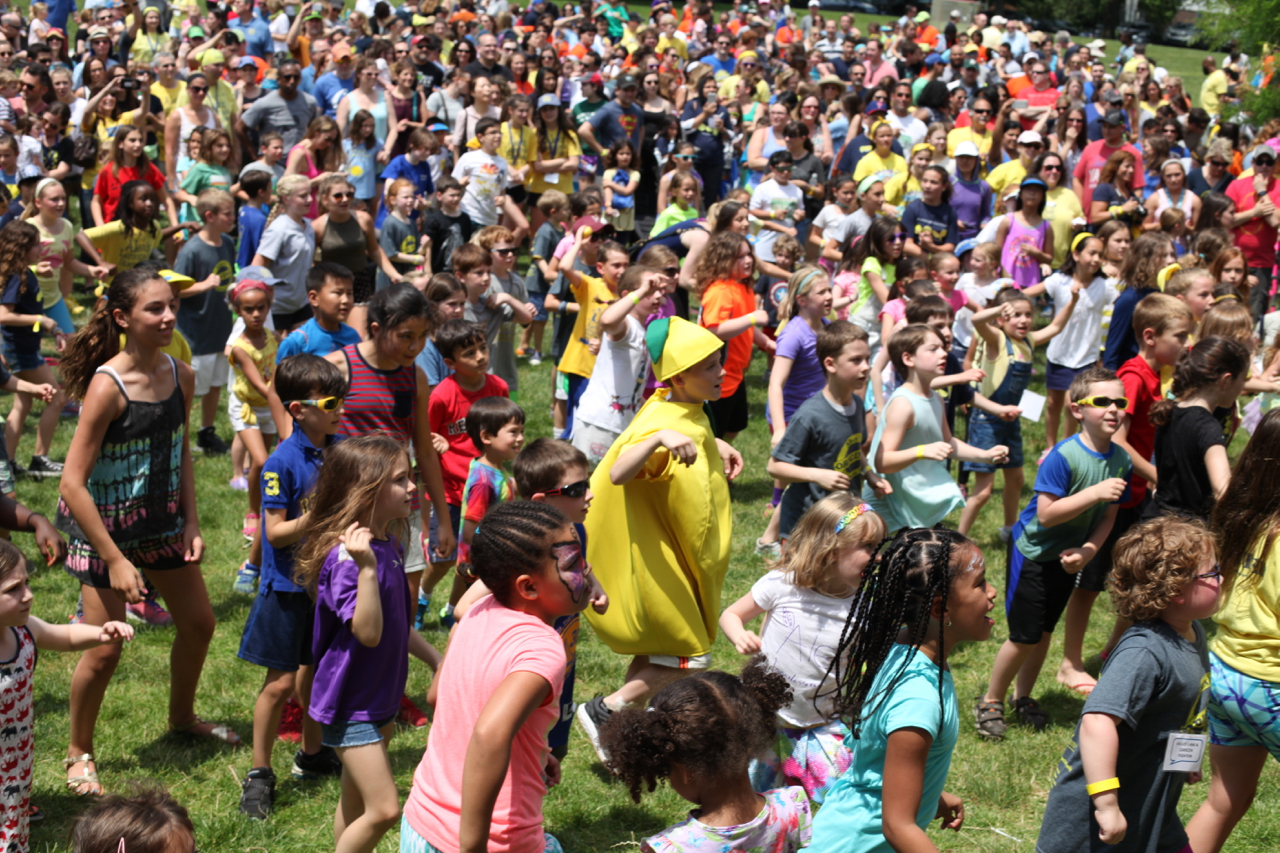 Each year, Alex's “Original” Stand is held at Penn Wynne Elementary School? Why is the school so important to the Foundation?

Liz:
When Alex was alive, Penn Wynne Elementary was her school. All 3 of her brothers have also attended, and we live just two blocks from it, so it is personally important to our family. The staff and families gave Alex and our family unconditional support. When Alex’s stand had outgrown our front yard, the principal of the school offered to move it to the school. This was the perfect place to hold her last stand—right in our neighborhood with all of our friends. After Alex passed away, the school continued to support our family in upholding her annual lemonade stand tradition.

Jay:
Even though our kids no longer attend Penn Wynne as they have moved on to middle school, high school, college and beyond,  we are amazed at the support the school community still shows for Alex’s cause. The kids love it and their families come out to support the stand even though they never knew Alex or our family.

What is the energy like at Alex’s “Original” Lemonade Stand?

Liz:
It is a great day; so much fun for families with so many activities and things go do. But mixed into the fun are many reminders all day long of why we are doing it.  There are childhood cancer hero families who attend, we have a butterfly release to remember Alex and all children with cancer, and of course, photos of Alex and a beautiful wishing garden.

Jay:
We set up one of Alex’s lemonade stands. That small stand, amidst all the bigness of the event at Penn Wynne, reminds us how everyone can make a difference. That is the lesson that Alex taught us and curing childhood cancer is the job she left for us.

Everyone wants their child to be successful in life. And Alex was successful. Her legacy and her dreams are coming true. We see it when we read the amazing scientific breakthroughs that our grants are making possible. We feel it when families tell us how ALSF helped them get to treatment. Alex’s “Original” is a celebration of where we came from and where we will go.

Amidst the fun is a beautiful butterfly release to commemorate and celebrate the lives of all children fighting cancer as well as those who have lost their life to the disease. In addition, Alex’s parents and brothers attend the event as well as several other childhood cancer heroes and their families.  If you can't make Alex's "Original," stop by a lemonade stand in your community or sign-up to host your own during Lemonade Days or any day!  Use our Lemonade Stand Finder to find one near you.