Each year, CBS 3 in Philadelphia holds a 14-hour telethon to raise money to support the work of Alex’s Lemonade Stand Foundation. Perry Casciato, the CBS 3/CW Philly Program Director and Executive Producer for the Alex Scott: A Stand for Hope Telethon, shared with us why this is one of his favorite days of the year. Keep reading and of course, save the date, this year’s telethon begins June 13 at 6 am.

Alex Scott and her legacy are reasons to have a Telethon. I didn’t know Alex, but I am inspired by her life. I think about the obstacles she overcame. I think about the simple message she communicated so effectively. As we are planning for the Telethon, I often watch an interview clip of Alex where she answers the question about why she started her lemonade stand with a simple and powerful statement “It’s helping people”. Each year, we are able to tell Alex’s story at the Telethon and remind people of her mission. Our Telethon is a way for people from all over to actively participate in Alex’s dream.

Liz and Jay Scott are reasons to have a Telethon. Each year, we ask Liz and Jay to explain the significance of the Telethon and how the money raised is used to make progress in the fight against childhood cancer. I am consistently amazed at how both of them are able to carry the memory of their daughter forward and ensure that her life’s work has a real impact for the many other families walking a similar path. As a parent myself, I am impressed by their tenacity and advocacy on behalf of their daughter. I hope that the Telethon gives them a chance to see how their daughter’s life rallies a community to come together. A highlight of the Telethon for me is a video clip of Jay saying that his goal is to find a cure so that Alex’s Lemonade Stand Foundation can be put out of business. What a special day that would be, to end the Telethon because our mission has been accomplished.

The Hero Families are reasons to have a Telethon. What an amazing group of people we have met over the years. We now know many 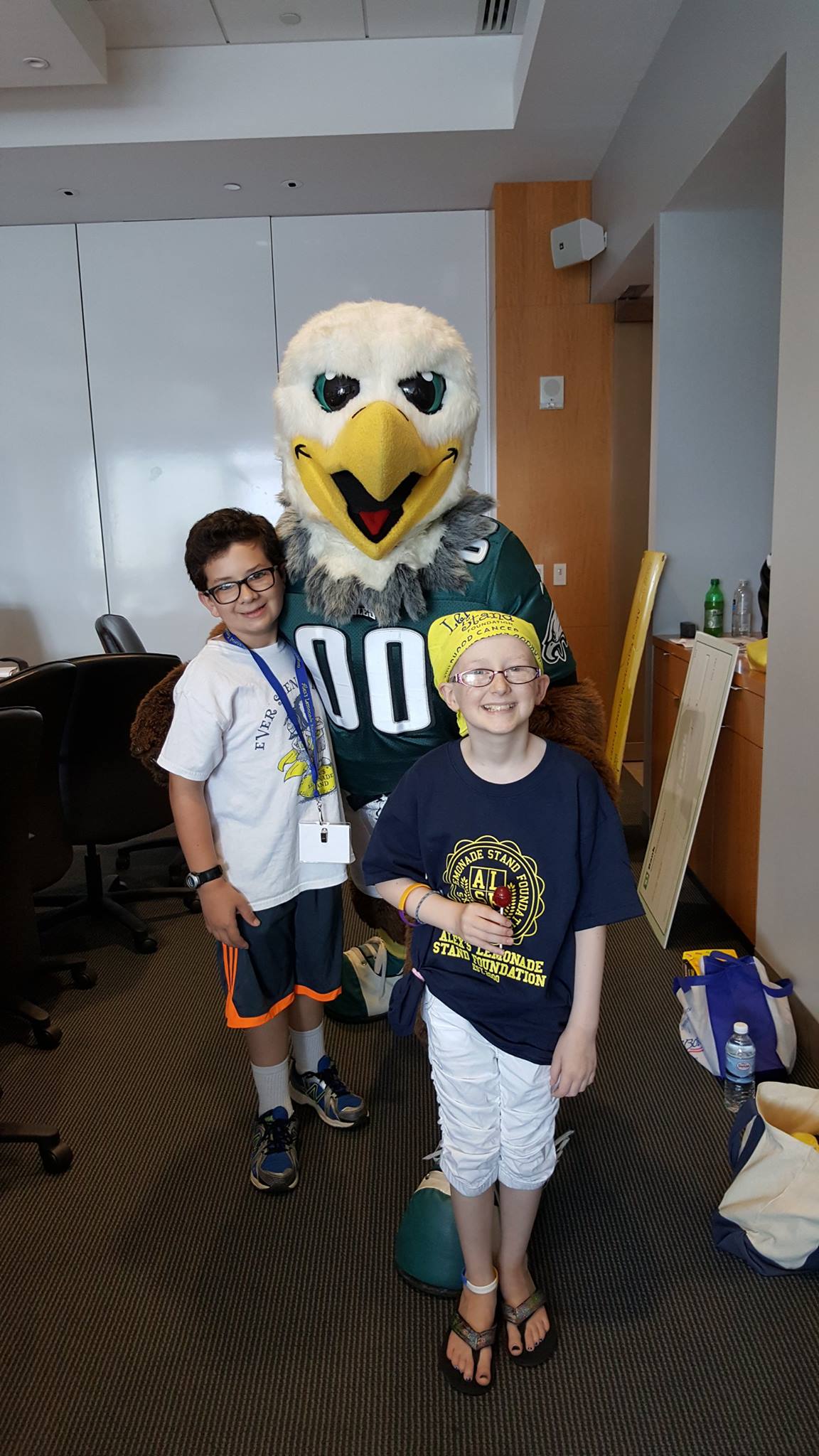 families that are in their own personal fights against childhood cancer who are willing to come on TV and share their personal stories in the hope that their words will inspire others to call in with a donation.These families are true ambassadors. They raise money on their own through various lemonade stands and fundraisers, but they also come together to support one another. They share their stories, they share treatment options, they share doctor recommendations and they share themselves with all of us. A few years ago, we decided to designate the 7-8pm final hour of the Telethon as a special Hero Hour where we would have only Hero Families on the telethon phone lines. There are so many families that participate in that hour that the phone area is often overpacked with people – extra chairs, kids on laps, people standing in the aisles. To some, it may look a little like chaos. To me, it is a beautiful culmination of the day’s activities and a reflection of how many families are in this fight and need our support. 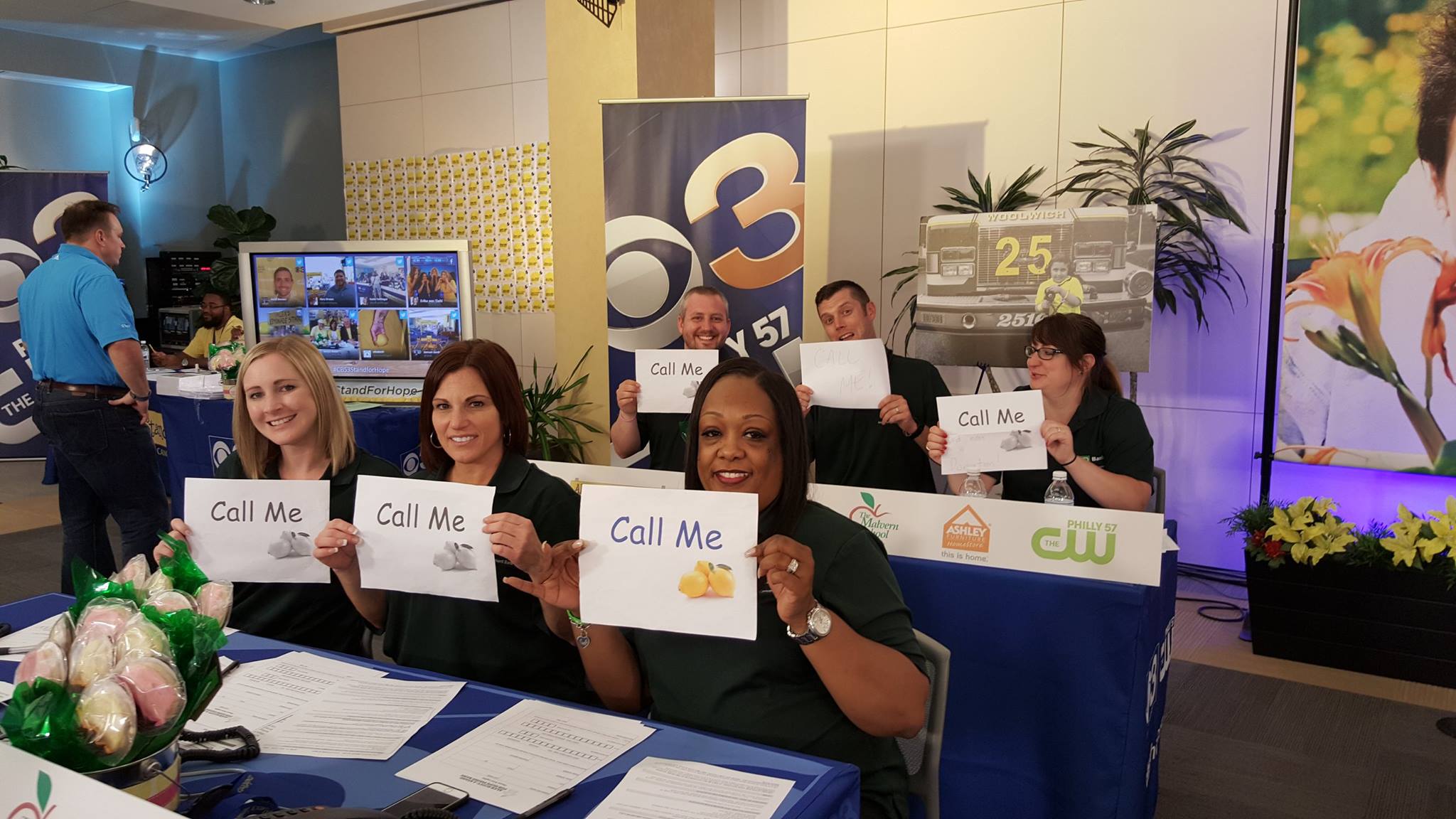 The Children’s Hospital of Philadelphia (CHOP) Nurses and the volunteers we see every year are reasons to have a Telethon. For 13 years now, a group of CHOP nurses has volunteered to answer the phones during our earliest Telethon shift from 6-7am. Many of them are at the TV station even before I walk in the door. They are enthusiastic and positive and they help us kick-off the day with a tremendous amount of energy. I see familiar faces coming back every year and each year they find new ways to engage. I think they were the first group to start holding up “Call Me” signs, to text their friends and family from their seats at the phone to encourage them to call in and to start handing out business cards to let people know when they would be at the Telethon. After their shift on the phone, many of them then leave us to go back to their regular work shifts. I am very thankful that the CHOP nurses have proven to be one of our most dedicated annual volunteer groups.

I should also add that I am also very thankful to all the other volunteer groups that return year after year. They dedicate their time and their energy to make sure that we have a successful day and I appreciate all their efforts and passion for the cause. 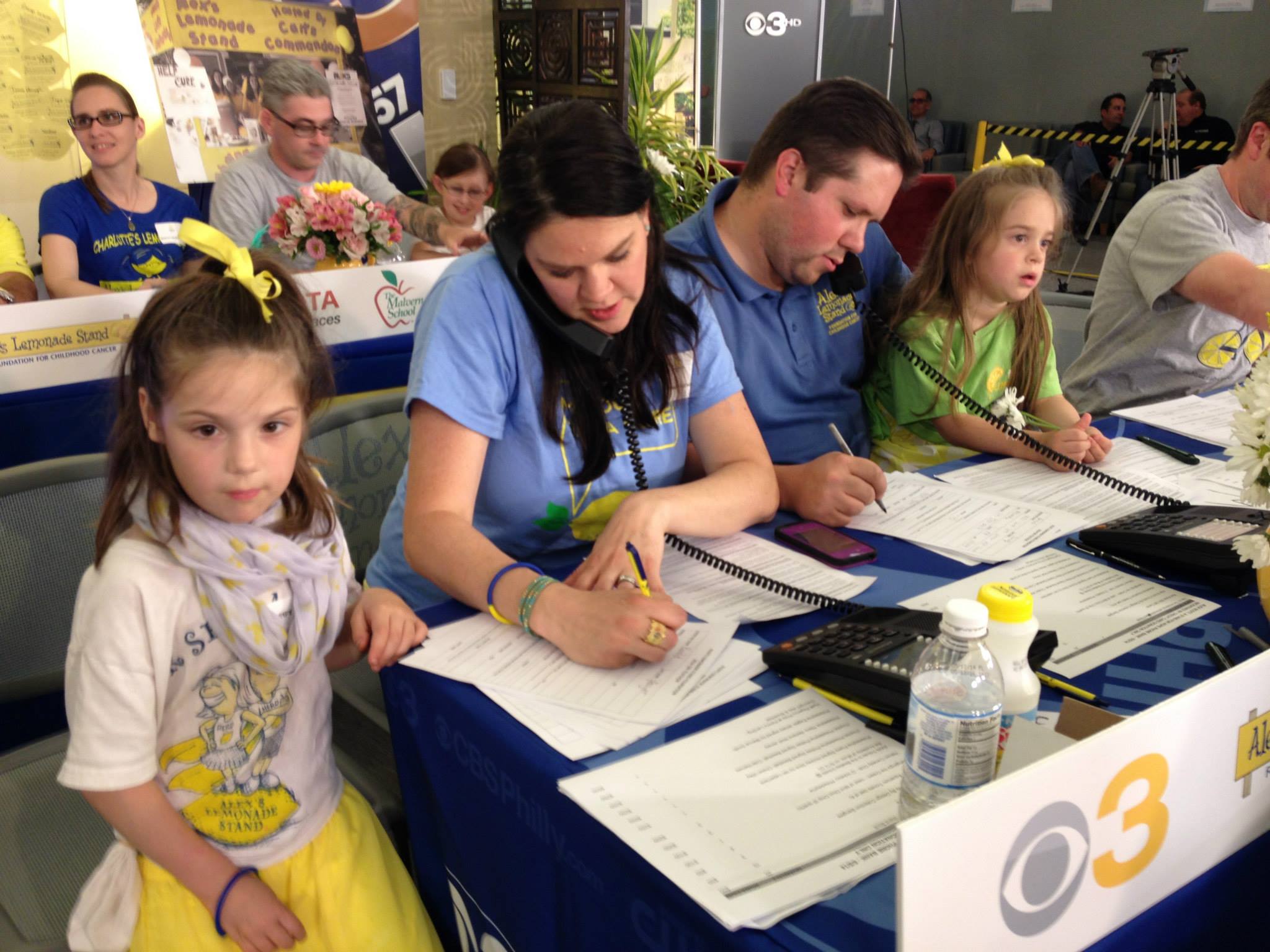 My colleagues at CBS3 are reasons to have a Telethon. Our staff works hard 365 days a year. They are always striving to be the best at what they do. They take immense pride in their work and the reputation of the station. When there is a news emergency like a snowstorm or a hurricane, they come to the station to get to work, while other businesses are sending employees home. Each year, I am always thoroughly impressed by the compassion, care and enthusiasm our staff brings to the Telethon broadcast. Every station department works to make it the best day possible. They bring innovative ideas every year. They look to tell stories in a more compelling way every year. They interact with the Hero Families with compassion and care. They put the volunteers at ease. I am very proud of the place I work and the people I work with when I see them in action on Telethon day.

The first phone call is the reason to have a Telethon. On June 13th, we will host our 13th annual Alex Scott: A Stand For Hope Telethon. Many of us will be there before it officially starts and we will be there on clean up duty after it ends. We will be tired and exhausted, but we will also be amazed and inspired by the people we meet, and the money we help raise in the fight against childhood cancer. Some people get very focused on the total amount of money raised each year by the Telethon. It always ends up being a very significant number and there is always a competitive spirit that the new number exceed the previous year’s number. That part is important, but it is not the most important part of the day to me.

My favorite part is a 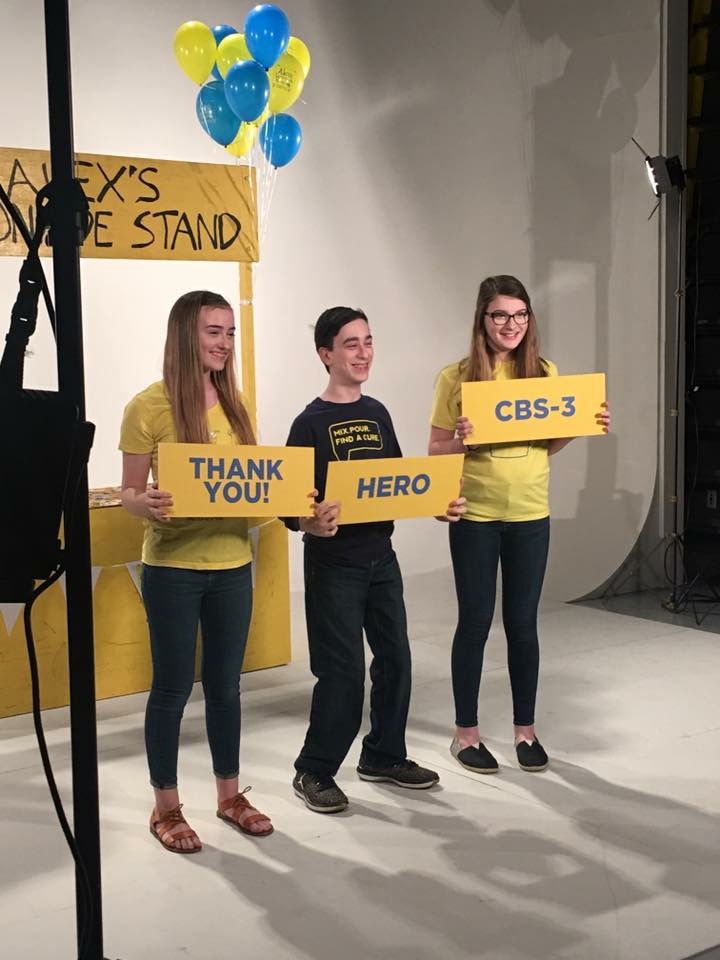 ctually the very first phone call of the day that comes into the Telethon. Many years that call has actually come from my mom or my dad. They know how important and how special this day is to all the people who work on it and all of the people who benefit from it. That very first call reminds me that there are viewers listening and responding to what we are trying to do.

At the end of the day when the Telethon concludes, all of us involved will have the privilege of knowing that we were a part of something positive, something that brought people together, something that helped people. Those will all be reasons to have a Telethon. And then the next day, we will start thinking about next year’s Telethon.

The 13th annual Alex Scott: A Stand for Hope Telethon kicks off Thursday, June 13 at 6 am on CBS 3 and The CW Philly from the CBS Broadcast Center in Philadelphia. Tune in live online, call 1-844-977-CBS3 to donate or donate online. 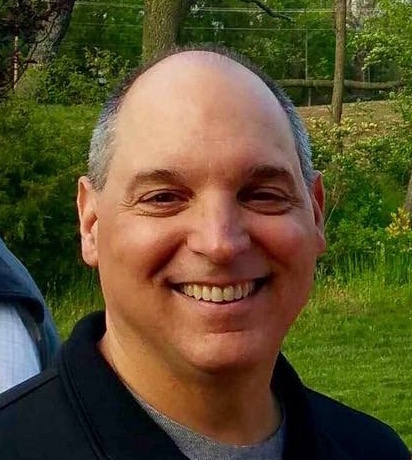 Perry Casciato is CBS3/CWPhilly Program Director and Executive Producer Alex Scott: A Stand For Hope Telethon. He is one of the reasons why Lemonade Days is the best time of the year. (Although he would not take credit for that.)