Today is my daughter Alex's birthday. If Alex were here, we'd be celebrating her 24th birthday.

I cannot pretend that these 16 years without Alex have not been painful. Every day without our daughter is marked with pain and grief mixed in with normal, joyous and extraordinary moments. Alex's story—her impactful life, her strong spirit, her wisdom and her belief that anyone, even a kid with a front yard lemonade stand, could make an impact in the fight against something as big and scary as childhood cancer—that is a story I am so glad I get to live.

Alex was always a remarkable, driven girl. She spent the first moments of her first birthday in an operating room. She was having surgery to remove a neuroblastoma tumor on her spine—and that surgery would leave Alex without movement or feeling in her legs. On that birthday, doctors told us that she would not walk. Just two weeks later, Alex kicked her legs. That kick was an indication of how much Alex would be capable of, simply because she believed it was possible. 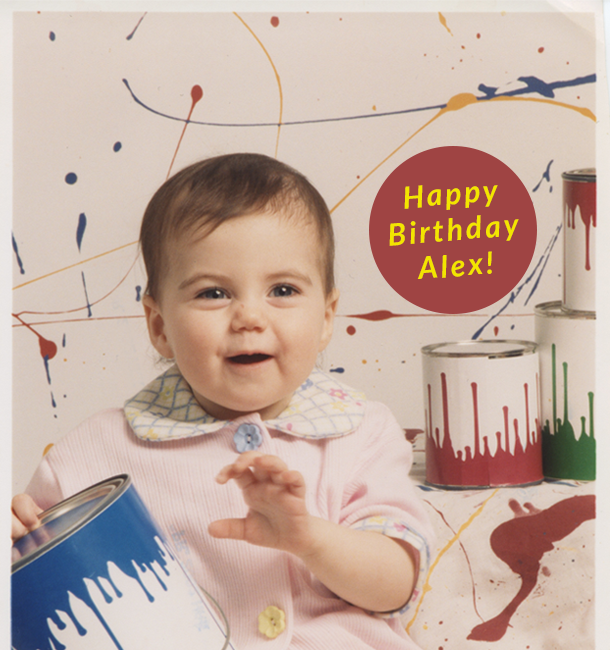 By her second birthday she was standing and then, even as her cancer grew, Alex walked.

When Alex was just 3 years old we were running out of treatment options. Alex tried a then-brand new treatment, called MIBG. She was the second child to receive the treatment.

Alex felt better after MIBG. She told both Jay and I that she believed the treatment worked. A few weeks later, a scan would confirm Alex's belief: the treatment did indeed work. Her cancer was greatly reduced, and our spirits were greatly lifted.

To try to kill the remaining cancer, Alex had a stem cell transplant the day after her 4th birthday. That was when, even though she felt awful, she began talking about hosting a lemonade stand. At the time, we thought maybe she was just looking forward to warmer weather days and wanted to earn money to buy something.

But when we asked what she wanted, she said, “To help doctors help other kids like they helped me.” Alex grew up in oncology clinics. Her peers were other sick kids. We should not have been surprised that Alex would see her one treatment success as hope for her friends. Alex believed that since her treatment worked and she felt better, there was something she could do for other kids.

Later that year, Alex, together with her brothers, would host her first lemonade stand in our front yard and raise $2,000 to help doctors help other kids.

She would go on to host more lemonade stands in her life. Her second lemonade stand, held on a cold day in October, raised over $600 dollars. While that was still a lot for a lemonade stand, it was not good enough for Alex. She believed she could do more. Her spirit and determination pushed her to raise $1 million by the time she died at age 8. Her belief that you can always do better is something we strive for everyday at the Foundation and it is something that the researchers we fund strive for too. These researchers work endlessly—through success and failure—to make more kids feel better.

Alex believed that a lemonade stand could cure childhood cancer. And we still do, too.

To my dear, sweet, beautiful, stubborn, wise daughter, how we all wish you were here to celebrate your birthday with us. Because of everything you believed, we know there are other children, who feel better and are here today, ready to celebrate their own birthdays. Your belief that everyone can make a difference and that kids can feel better, even when they are battling cancer, that belief has brought us this far to 2020—and that belief will bring us all the way to cures, all because of your simple lemonade stand. We love you. Happy Birthday.

Alex believed that a lemonade stand could cure childhood cancer. And we still do, too. In honor of Alex’s 24th birthday, consider making a donation to help continue Alex’s fight for a cure for all kids with cancer.